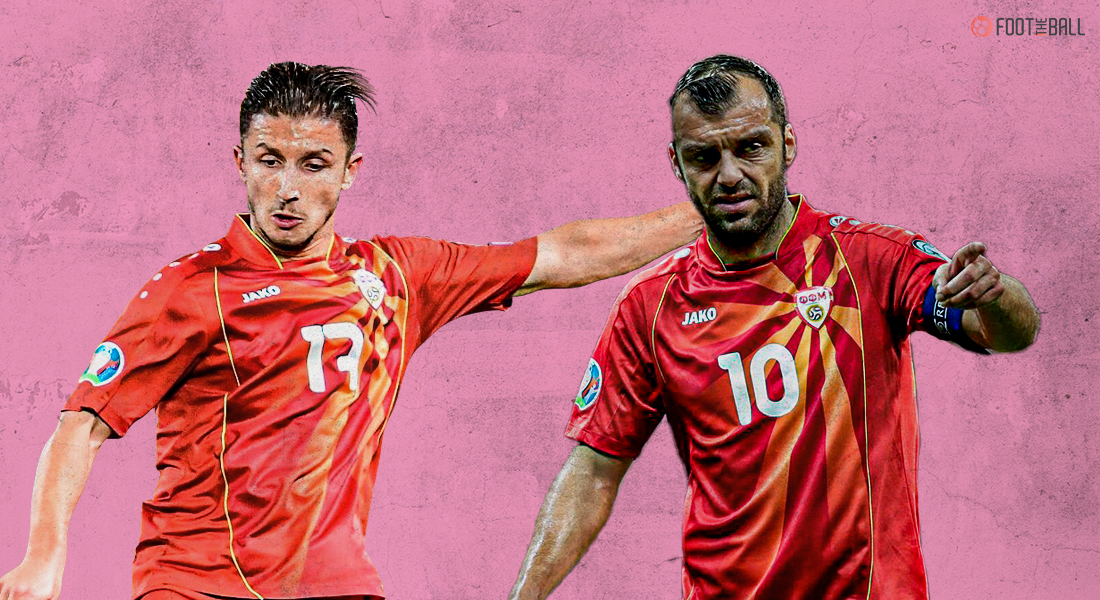 North Macedonia, the landlocked country that gained independence as recent as 1991 was poked into the Euro 2020 finals by Goran Pandev, a man older than his country. The veteran forward is 37 years old and scored the match-winner against Georgia in the qualifiers. The win against Georgia gave the Balkan team a group stage appearance this summer in the European tournament.

🇲🇰 North Macedonia will make their EURO debut at #EURO2020 👏👏👏

It is North Macedonia’s first-ever appearance in the tournament and they are the only other team apart from Finland to make a debut in the Euro’s this edition. Going into the match, Georgia and North Macedonia had an equal chance of earning the spot at the Euros. Both teams have never qualified and this would be their only chance to clinch a spot. North Macedonia were the favourites, especially due to the presence of Genoa striker Goran in their squad.

The ageing striker had scored nine goals in the previous season in Serie A and was considered the star player among the two teams. And as predicted, he was the match-winner. In the 56th minute, he clinched the only goal in the match to end Georgia’s dream and to spark Macedonia’s. A game that saw the home team dominate possession and chances, but failing to score an equalizer.

THE HERO BEHIND THE SUCCESS

Goran Pandev is a national hero who has ignited a dream in his country. His thirty-sixth goal in his 114th appearance gifted the Macedonians a European Championship finals. The people in Macedonia celebrated the historic goal. A game of historic proportions for both nations was played out in an empty stadium. The goal broke the hearts of all the Georgian supporters that tuned in. While, in Macedonia, the streets were filled with fans who were reminiscing in their newfound glory.

The two teams had met just a month before the deciding match in the Nations League which ended in a stalemate. Georgia, the visiting team had taken the lead in the 74th minute, but a late goal from Ezgjan Alioski in injury time saw both teams leave with only a point. The consensus from the match suggested that Georgia might have the edge despite Macedonia boasting the better players. However, Macedonia displayed a solid performance in November and clinched the victory.

The Balkan nation was recognized by FIFA and UEFA in 1994. They have been ranked as low as 166 in the FIFA rankings but has improved their performances recently to go as high as 46 in the list. They are currently ranked 62 and has an average rank of 85. A good statistic considering the size and inception of the nation.

WHAT THE FUTURE HOLDS

Macedonia is in Group C this summer with Austria, Netherlands and Ukraine. Although they boast some amazing results in recent games, they are not expected to get past the group stage. The odds are stacked against this small sporting nation. But, on the bright side, the Macedonians are precisely the kind of team that is capable of breaking the odds. They were not even in the conversation when it came to qualifying for the tournament, but here they are.

Their recent performance against Germany is also a testament to the character of the nation. A 2-1 victory against one of the world’s finest team. An impressive style of play where the Balkans showed courage in attack and heart in defence. Whether they will carry their incredible form to the Euro’s this summer is the key question. Will the nerves get the best of them or will they be able to pull off some more upsets in the grandest stage in Europe.