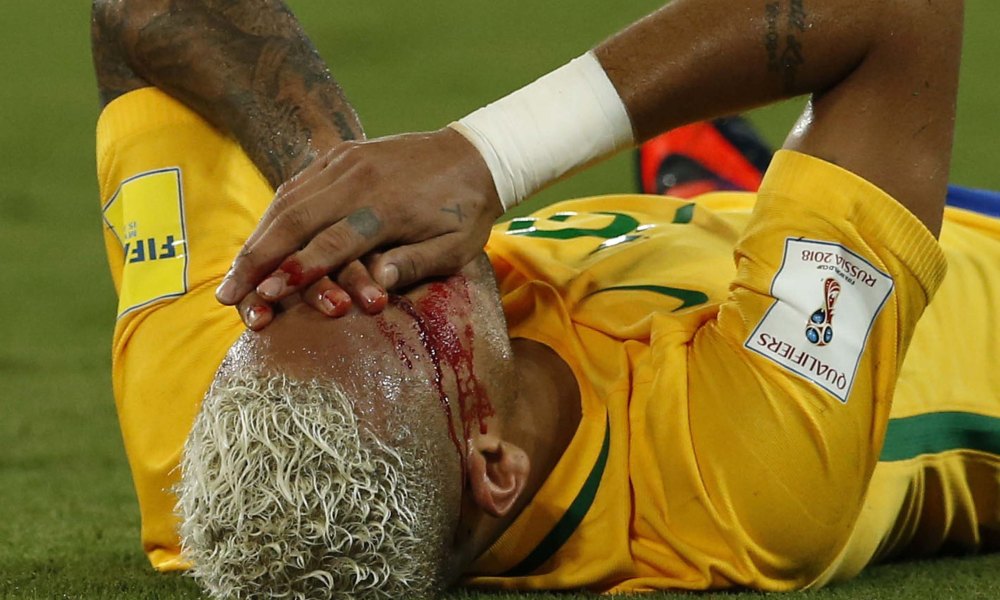 Brazil’s golden boy Neymar Jr. scored a goal and provided two assists to lead his side to a 5-0 victory over Bolivia in their World Cup qualifier on Thursday.

The Barcelona forward struck in the 11th minute before setting up Filipe Luis and Gabriel Jesus with defense-splitting passes at Arena das Dunas.

Liverpool playmaker Philippe Coutinho also found the net in the first half when he capitalized on clever build-up play by Giuliano, slotting a cool finish into the bottom corner.

After a scintillating first half, Brazil understandably reduced their intensity after the interval.

Neymar was left with a bloody gash on his head after a collision with Yasmani Duk and he was duly replaced by Chelsea midfielder Willian.

Neymar lies with his face bleeding on the pitch.

With the ball on the left hand side, Brazil’s number 10 attempted to trick his way past Bolivia’s Yasmani Duk. 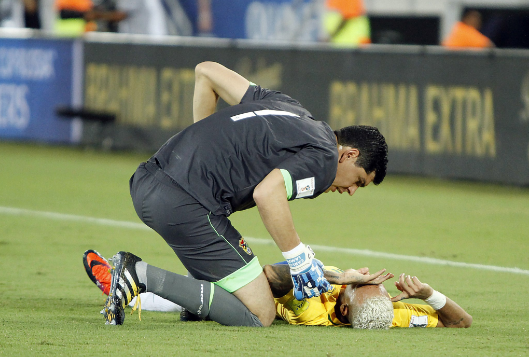 But Bolivia’s number 18 caught the Brazilian out, tackling him in the process. Leading the challenge with his arm, Duk catches Neymar to the right of his eye and opens up a cut. 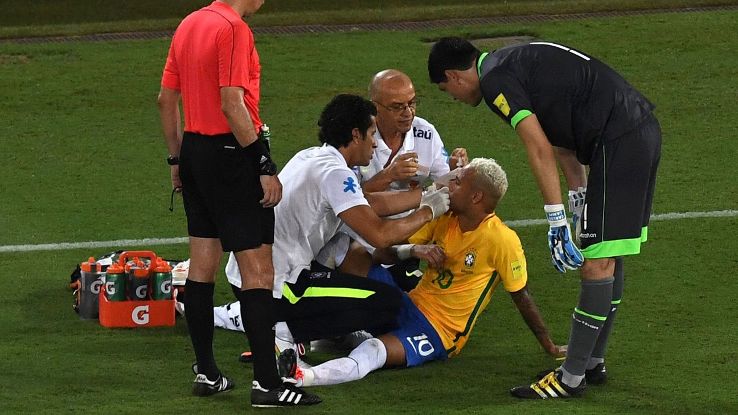 New Manchester City signing Jesus also came off for Liverpool’s Roberto Firmino. The latter had barely been on the pitch five minutes when he headed in Brazil’s fifth goal.

Brazil’s victory was soured slightly by a Neymar yellow card that ruled the 24-year-old out of their next match against Venezuela on Tuesday.