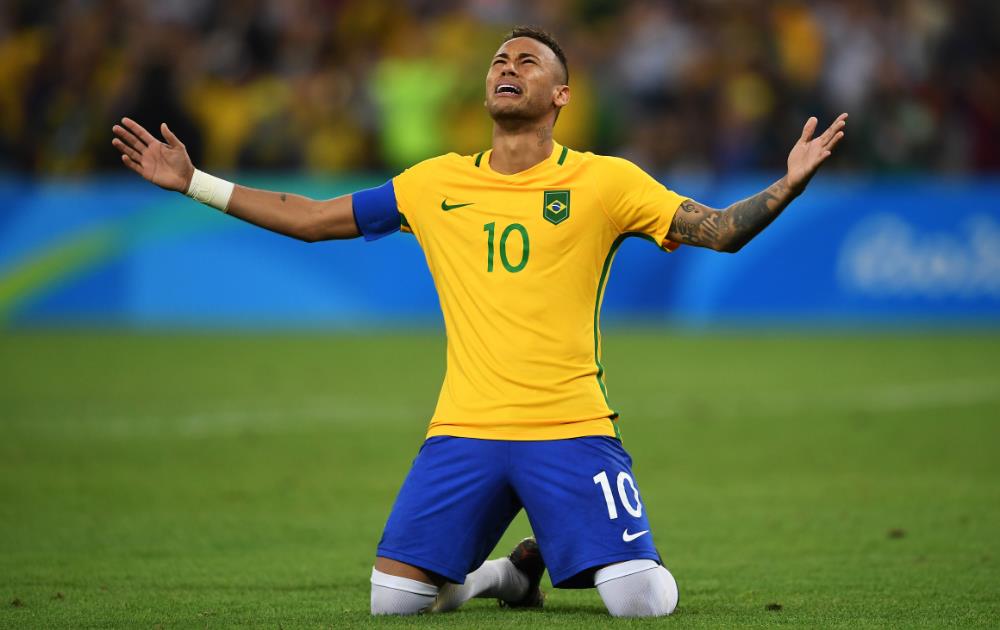 Neymar Knocked Over By Fan While Training

Brazil’s national football team suffered a scare on Saturday when forward Neymar was knocked down by a fan during a training session.

The incident occurred midway through an open session watched by around 15,000 fans at Arena Amazonia.

In chaotic scenes, scores of fans invaded the pitch and one brought Neymar to ground with a bear hug.

The 24-year-old quickly regained his footing and laughed off the episode with teammates.

Later, he threw his shirt into the stands and climbed the fence to hug fans and sign autographs.

Brazil will play Colombia in a World Cup qualifier at Arena Amazonia on Tuesday. The Selecao are currently fifth in the South American zone standings with 12 points from seven matches. Colombia are third with 13 points.

The top top four teams at the end of the two-year qualifying campaign will secure a direct berth for the 2018 World Cup in Russia. The fifth-ranked side will earn a playoff spot.