Its All on You 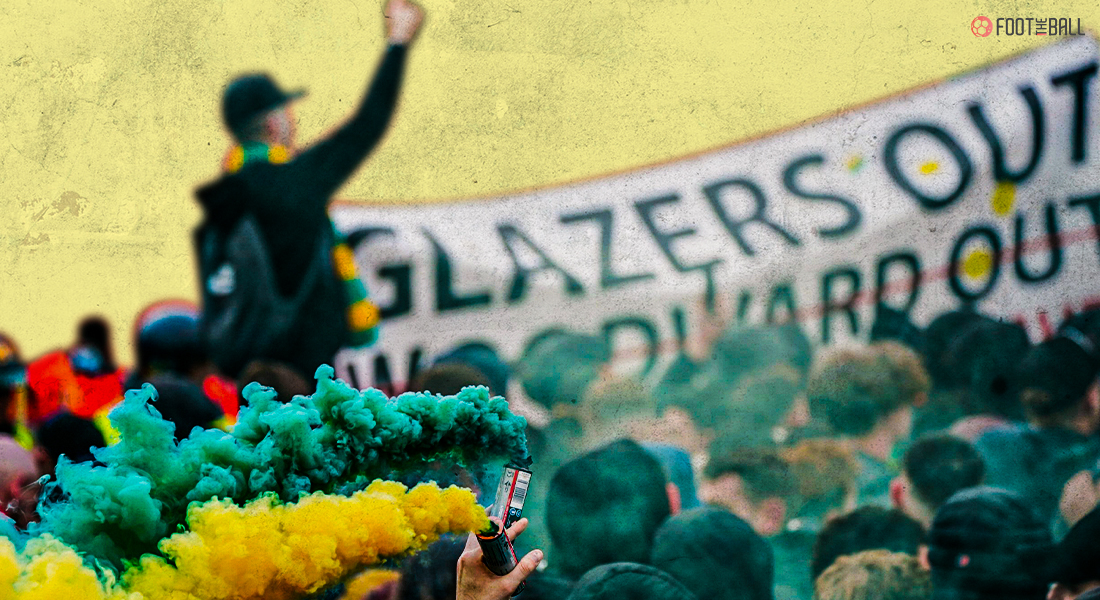 The failed European superleague fiasco has turned the entire footballing world. Fans have protested endlessly against the owners and overturned their stance on the superleague. Manchester United fans were no different. Stern protests led to the resignation of club president Ed Woodward. They demonstrated against the Glazers and wanted them away from their club.

However United would be hoping for a swift turnaround as they welcome 10,000 fans against Fulham. Ole will be praying that there would be no ill incidents before the game and the players won’t disappoint the returning fans.

The fan protests took centre stage in Manchester when Liverpool came to visit them. The protests were already taking place but needed a grander audience and world’s attention. They picked the Liverpool game as the right one for the. First, the fans stormed onto the pitch as they didn’t want the pre-match rituals to be started. The busses carrying players were blocked which left them stranded. They even clashed with the security officials leading to minor casualties.

Hundreds of Manchester United fans invade Old Trafford pitch ahead of Premier League game against Liverpool in protest against the club's US ownershttps://t.co/38CSSre8M4

The Manchester United officials were hopeful that they could clear the protesting crowds and go on with the match. Kick-off was delayed twice. The situation didn’t improve. Premier League intervened and suspended the game for a later date.

United fans made it clear that they wanted change. But they haven’t guessed their acts would trouble the team.

Liverpool’s fixture was suspended and had to be scheduled at a later date. This only added up to the fixture congestion United were already fed up with. The squad was already running on low fuel with many injuries. Europa League commitments also made life hard for them.

They had to play 3 games within 5 days. The equation meant a game every 2 days. At the highest level and with each game demanding such intensity the players couldn’t perform well.

Time to rest, regroup and get back on track next week.

.
United visited Villa Park on the 9th of May and emerged victorious 3-1 in the first of the three games. This win kept the title race alive for the moment as Manchester City lost against Chelsea. Then the major conundrum presented itself before Ole. Leicester City came to town on the 11th of May for the second crunch game.

Ole had to choose between delaying City’s coronation by fielding a strong XI or rest players for the game against arch-rivals Liverpool. He chose the former and made 10 changes from the side that beat Villa. United were understandably beaten 2-1 by the Foxes at Old Trafford.

The final game was a rearranged match with Liverpool. The protestors took to the streets again, blocking the players’ bus and pelting stones. The Police were alert and ensured that the game would go ahead. These events affected the team and an exhausted United were torn apart by a rampaging Liverpool side in their quest for Champions League football. Finally, the nightmare period was over, it ended United’s slim title ambitions and handed them 2 defeats on the run.

THE BOSS IS UPSET

Solskjaer was seemingly upset by how things unfolded. He had hoped the results could’ve been different if there weren’t any protests. He said “ I didn’t want to use it as an excuse because we lost two games, but surely it’s the reason behind the performances. Physically it’s impossible to turn up and play at the intensity that’s required because of the number of games”.

Ole was also quick to praise the positive attitude of his players who have done so much for him this season. “ I’m impressed with how professional the players were. The mood in the club and the relationship between team and fans is important in determining what happens on the pitch”.

A return that's been 14 months in the making.

He would hope that that fans would back them dearly when they play Fulham on Tuesday night.

Ole didn’t pin the entire blame on the protests but named them as a factor for those 2 losses. Given their recent form, United would’ve been the clear favourites in both of those games had they been played as scheduled initially.

That was the message from Ole in today's #UEL press conference, ahead of the final in Gdansk ⬇#MUFC

Solksjaer deserves all the credit for transforming United into a formidable team. The injuries and protests surely played its part in the reversal. Nobody will read much into these games if they close the campaign brightly by sealing the second spot. They will enter the Europa League finals as overwhelming favourites against Villareal in Gdansk. A silverware would let everyone forget these two losses in no time.

Ole didn’t blame the protests for those performances. He couldn’t be wronged on this aspect because of the way he handled the situation.