PSG maintained their 100% win record in the Ligue 1 thanks to Mauro Icardi’s injury time winner against Olympique Lyonnais on Sunday evening. Mauricio Pochettino’s side were not at their imperious best but still got the result, bouncing back well from their disappointing draw with Club Brugge in the Champions League.

The first half was entertaining but bereft of much goalmouth action. Lionel Messi, on his home debut, went closest to opening the scoring from a free kick when he rattled Anthony Lopes’ crossbar. Lopes saved well from Neymar to keep things level at the interval.

The lack of goals would soon change after the break. The PSG defence was caught napping from a long diagonal switch out to Karl Toko Ekambi, who squared to Lucas Paqueta who finished well. The goal seemed to jolt PSG into action with the home side notably toning the tempo up.

It did not take long to level things up as Neymar was fouled by Gusto after getting isolated. The Brazilian stepped up and stroked the ball home despite his compatriot Paqueta’s best efforts. Both sides had good half chances thereafter with the game opening up considerably.

It was Kylian Mbappe’s cross in injury time which added the extra quality needed to break down the Lyon block. Icardi sneaked in between the Lyon centre backs to nod in the winner. An entertaining match, meeting a fitting end.

Here are our takeaways from the match.

PSG were disjoint at times but both goals served as timely reminders of the immense individual quality they possess. Neymar’s dribbling skills were on show again for winning the penalty while Mbappe’s cross was begging to be headed in. 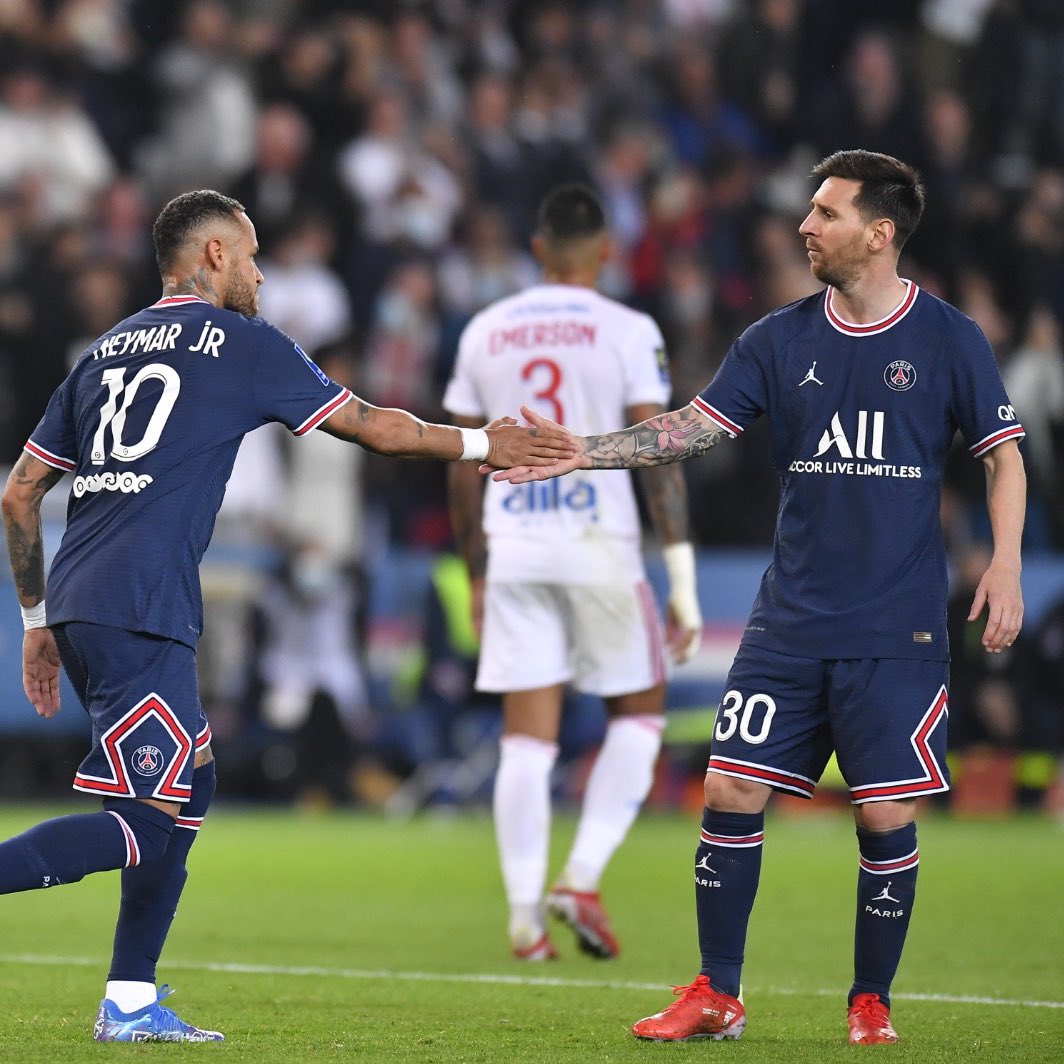 Their quality will probably see the Parisians walk the domestic league home but it is often unsustainable on a more wider scale. When Messi has an off day, Neymar can deliver. When Neymar has on off day, Mbappe can deliver, and so on.

That is not to say PSG are without issues in their squad. They looked pedestrian at times, especially in the first half in getting the attack to flowing quickly. Without the injured Marco Verrati, their midfield lacking in passing range and ability. Idrissa Gueye is an exceptional destroyer and Ander Herrera’s energy and runs are invaluable, but neither of them are good primary progressors. In a side that has a highly static front three, it is important for the midfield to link play and that is not happening for Pochettino right now.

Moreover, their defence is in desperate need of some structure. Their full backs, irrespective of the personnel, often get caught out of position and isolated. Lyon substitute Rayan Cherki got much joy in his limited minutes and probably could have done more given some more opportunities. If PSG are to challenge in Europe then their defensive problems need to be sorted on priority.

The result left Lyon with just eight points from their six games in the league so far and they are firmly in the bottom half. Peter Bosz has a lot of quality in his squad and a lot of them are entering their best years but the side lacks a balance which would propel them up the table.

👏 Thanks to the traveling support for making the trip to Paris! 💪🔴🔵#PSGOL pic.twitter.com/9gRcrw7xCi

Cherki, Ekambi, Paqueta and Guimares all showed signs of quality and there is no denying that this side should be better. Can Bosz figure it out?