Another action-packed Premier League campaign is about come to an end with only two matches remaining to be played. This EPL campaign has been nothing short of spectacular and was one for the history books. Manchester City conquered the league with their dominating performances throughout the year.

This league has produced some of the biggest names in the footballing world and every year we see new gems emerging. With that being said, several players have broken onto the scene this season, enhancing their reputations with a string of impressive performances for their respective teams.

In that case, here are the 11 breakout stars from the English Premier League this season.

The 21-year-old Illan Meslier this season has established himself as one of the best young players in his position. His Premier League debut has been tremendously remarkable, with the young goalie putting in a string of excellent performances for Marcelo Bielsa’s Leeds United. 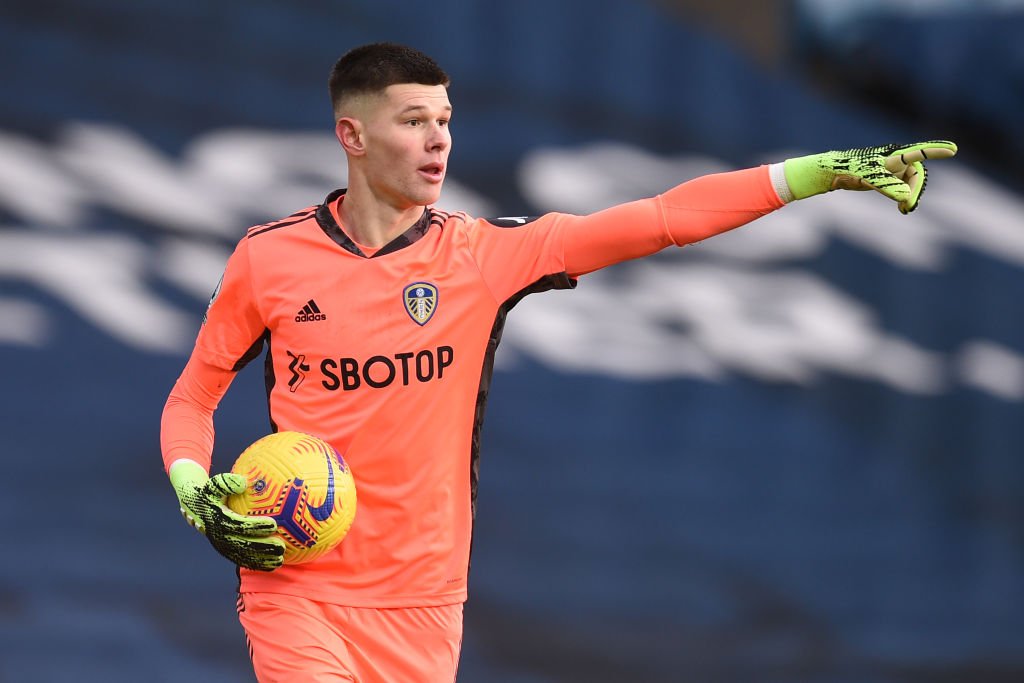 The goalkeeper for the Whites has no obvious flaws and is best known for his excellent shot blocking, footwork, world-class distribution, and the courage to play out from the back.

With 11 clean sheets this season, people often tend to underestimate the Frenchman’s individual excellence because of Leeds inconsistent defensive performances. But the young shot stopper is no joke. No goalkeeper has made more saves (121) and saves from inside the box (74) than the 21-year-old this Premier League season. He is one of the top talents in the world and reportedly is on the radar of some big clubs.

Timothy Castagne fits into the mould of the modern attacking full-backs. His runs from deep with outstanding agility have been one of the main features in Leicester City’s attacking play. The 25 year old this season has proved that he has level for the Premier League and has been the first choice at right back for Brendon Rodgers over the likes of Ricardo Pereira.

Far from being chaotic, Castagne is calm and cool when it comes to his decision making in the final third and end product. He can deliver a wide variety of balls into the box, from cutbacks to high crosses, and he is a superb dribbler through his sharpness , pace, quick feet and excellent technique. Defensively, he is aggressive yet composed and disciplined.

He has had an outstanding season with his club, with Leicester City sitting third in the Premier League table and recently winning the FA Cup after beating Chelsea in the finals. After a series of outstanding displays, he has been called up to represent his nation Belgium at the Euro 2020.

23-year-old Ben White has been one of the few positives for Brighton this season who just avoided relegation and are placed 11 points above the relegation zone. Ben White has been impeccable, and again, never showed signs of being a 23 year old with his ability to marshal the defence. He is one of the main reasons Brighton have 10 clean sheets this Premier League campaign. In one-on-ones he is almost unbeatable.

He is conscious of his limitations and knows he is not super gifted or creative on the ball. Apart from his defensive expertise, at such a young age, he has a personality and leadership that is required of a centre back.

20-year-old Kabak, like many Liverpool defenders, is a ball-playing centre-back who has been a vital addition through the club’s injury crisis. Kabak was assigned to the Liverpool backline as a replacement for the injured Virgil Van Dijk, Joe Gomez, and even Joel Matip. Kabak has demonstrated maturity and composure in the Liverpool’s backline.

Ozan Kabak is one of the most sought after young centre-backs in the world. Boasting pace and aerial prowess, this ball-playing centre-back has proved to be a real asset. How can he help Turkey and Liverpool this season? https://t.co/doXt3yZ94O #LFC #YNWA

He is unbelievably good at marking and tracking the runners. The Turkish international is developing into a talented defender and may be on his way to becoming a permanent member of the Premier League team. Young defenders are hardly of concern to many major clubs, and he should be proud of his accomplishments so far.

James Justin is a complete and technically gifted full back and most importantly, he is autonomous. He is self-sufficient on the ball, intelligent when advancing and adjusting his position in accordance with the collective, and with a wide repertoire of technical actions to pass, cross and shoot. There are few full backs with his quality to resist and evade the opponents’ pressure.

The Englishman helps in generating superiorities in the centre, in opening spaces with proper occupation of zones, and in generating imbalance through flanks when opponents overcrowd the middle area’s. Furthermore, he can come inside, carry the ball and play one-two’s.

Although he has been injured, James has been one of the most important players for Leicester this season.

Curtis Jones has benefited from Liverpool’s injury problems this campaign, appearing more frequently than he would have predicted in the Premier League. Jordan Henderson and Fabinho- the chief midfielders for Liverpool-were forced to fill in at centre backs after Virgil Van Djik and Joe Gomez had season ending injuries. Curtis Jones was charged with keeping the things running in the middle of the park and it’s fair to say he has done a marvellous job.

The 20 year old is mature beyond his age and is a veteran in the body of a boy. His intelligence has made him stand out as he drops deep and executes quick short moves. He plays with a real personality, always with his head up.

He has been a silent executor, but by no means inconsistent. His privileged talent, virtuous technique, tactical intelligence , magnificent reading of the game and versatility to operate in defence, midfield and attack makes him any coach’s dream footballer.

Matheus Pereira’s individual brilliance has been a bright spot in a frustrating season for West Bromwich Albion. The West Midlands club will compete in the Championship next season following their relegation from the Premier League. Matheus Pereira’s brilliant display at Stamford Bridge this campaign where he racked up two goals and two assists in a 5-2 demolition job of Chelsea acted as a breakthrough for the 25-year-old Brazilian. 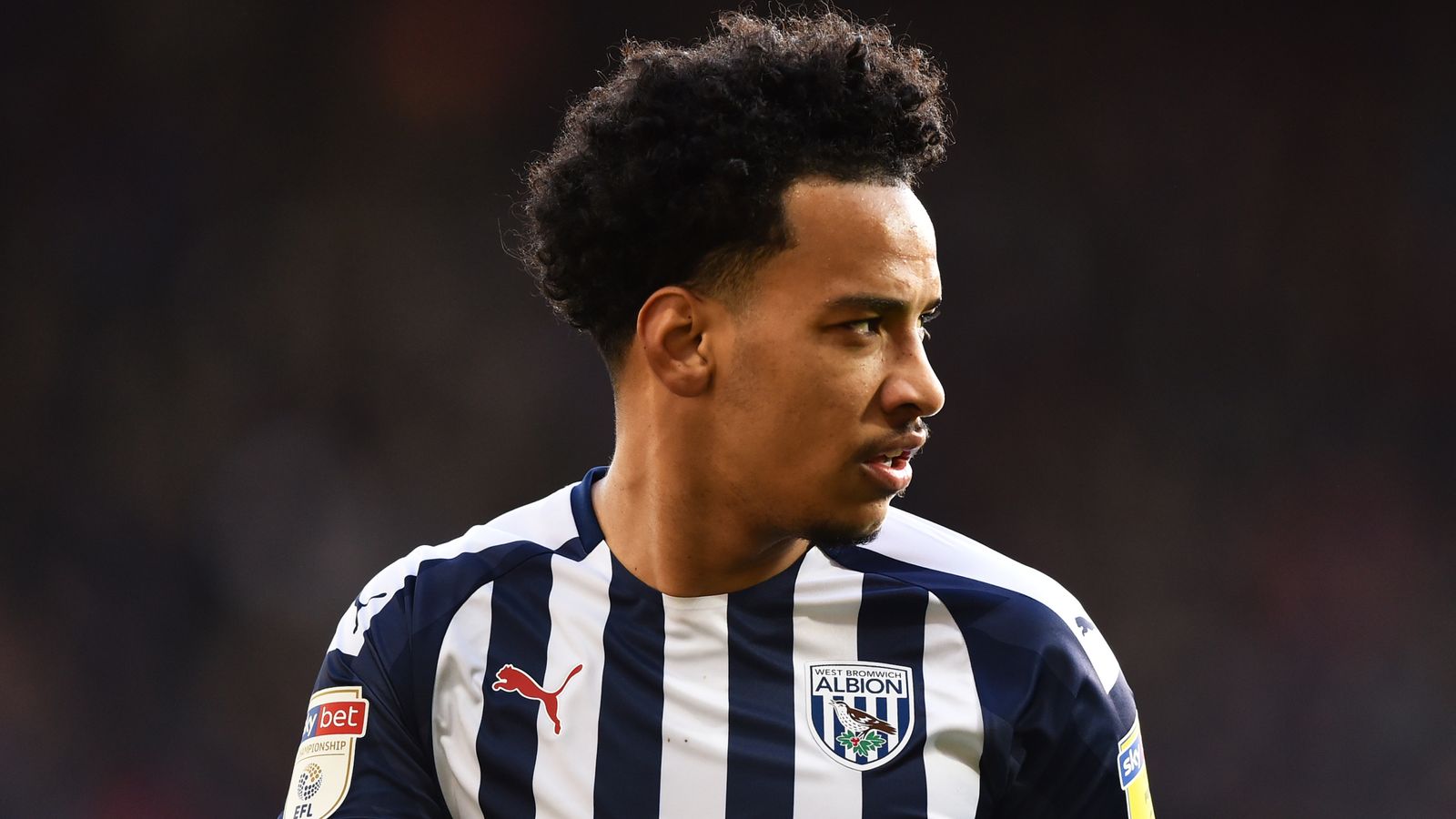 Pereira, recognized for his long-range shooting, playmaking and dribbling abilities, is one of the most promising attacking midfielders in the world and has a chance to be called up to the Brazilian national team at the Copa America this summer.

Matheus Pereira created nine chances against Sheff Utd, the most by any player in a single #PL game this season 👏#WBASHU pic.twitter.com/wUnHzcbyTC

In 32 Premier League outings for West Brom, the Brazilian has found the back of the net 10 times and racked up 6 assists.

His scintillating performances this season will most probably earn him a transfer away from The Hawthorns.

Manchester City, in a side where utmost technical precision and positional expertise are required, a boy of only 20 years of age has become a seal of guarantee for the most exceptionally genius coach in the world. Phil Foden is unbelievable on his own and even more unbelievable in the hands of Pep Guardiola. Foden dribbles with his hips and his eyes, not necessarily with his feet and stepovers. He runs with the ball and then is capable of reading the exact moment in which the defender is off balance and he can get past him without needing a spectacular trick. 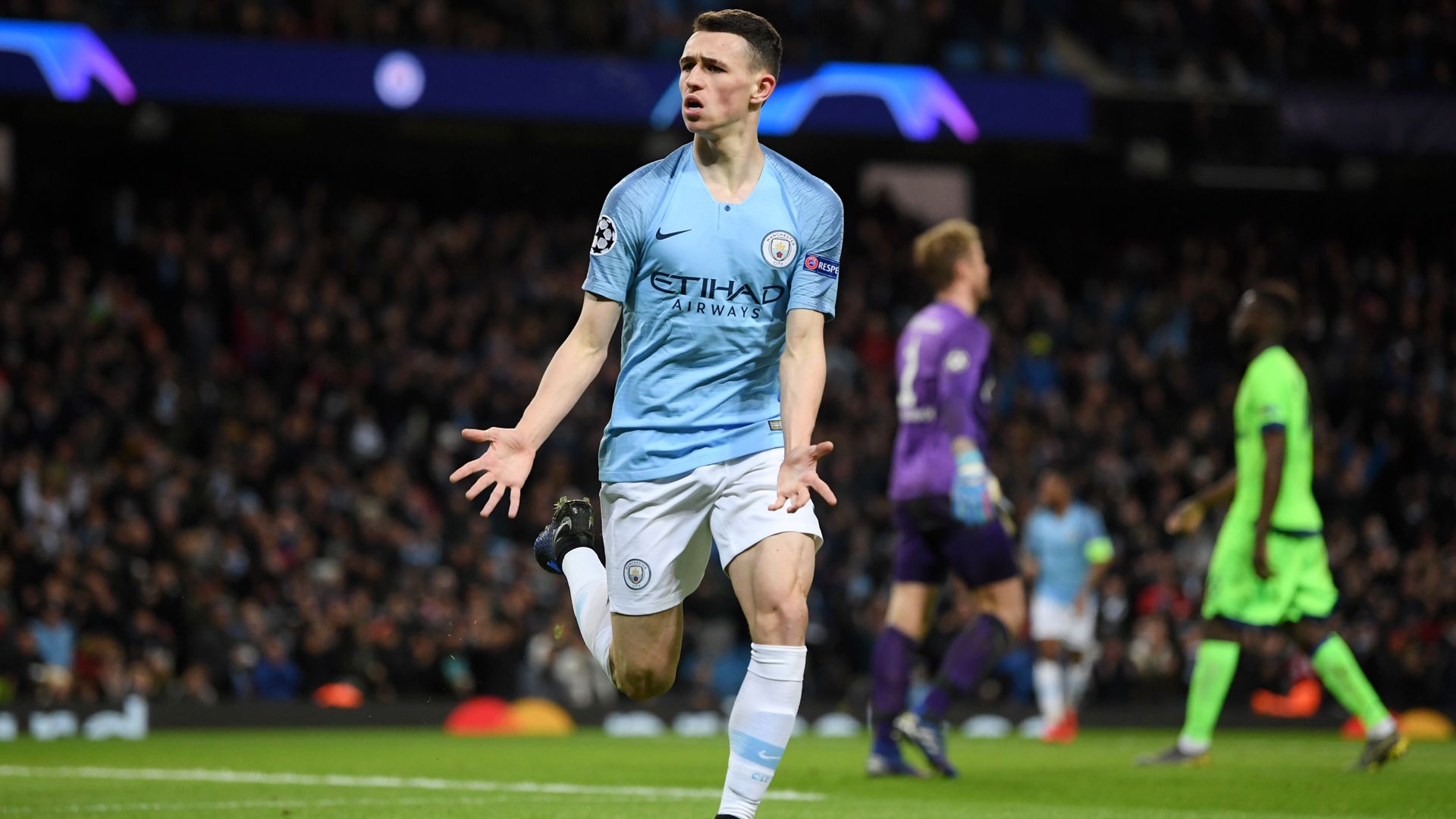 More than just running with the ball, he glides with it. His touch is so tight to him that you could be led to believe that the ball is just part of his anatomy.  Foden hardly ever makes a wrong decision. He dribbles when he knows he can beat his man and generate an advantage for his team; if not, he protects the ball and gives continuity to the ball circulation.

This season, he has helped Manchester City win the Carabao Cup and Premier League, and reach the finals of the Champions League were they’ll take on Chelsea.

Nothing more symbolic than the 20-year-old going straight to hug Pep after scoring against Dortmund in the Champions League, and this is just the start.

Raphinha is a genius. Under Marcelo Bielsa, he has transformed into a whole new player. Leeds United coach has gone against his own tendency and has handled all the keys of his team to the 24-year-old. With his homework done following his course at Rennes, he has internalised all the moves Bielsa wants him to make and Raphinha can now play almost without having to think, more naturally. He can now focus more on being differential.

Such an excellent signing. 🔎 pic.twitter.com/NZhLbiP0MT

With complete liberty to move, drop deep, operate between the lines and link up play, he provides speed to the circulation with a mouth-watering elegance that particularly comes alive when he has the ball. The Brazilian carries the ball always with his head held high, constantly looking around. He is graceful, but he is very productive too. In 28 Premier League matches, Raphinha has 14 goal contributions.

Ollie Watkins is a problem. One of the few positives from Aston Villa’s disappointing season, who are currently placed 11th in EPL, he is a dagger on the wings and is full of venom. He is an elegant and elusive player. Watkins has an exquisite right foot with which he likes to cut inside from the left, make diagonal runs, link up with forwards and midfielders, and also churn in goals.

Ollie Watkins has been directly involved in 𝟮𝟬 goals in all competitions for club and country so far this season. 👌 pic.twitter.com/xdTPli416i

He is also a great chance creator, with 13 goals and 5 assists this season in the Premier League. With both precise and powerful finishing, he averages 2.6 shots per game, while he loves to keep the ball glued to his foot when carrying it as he is elegant and delicate. 1v1s are his speciality and he knows well when to keep it and when to release it. His performances with Aston Villa have made him a standout.

Everton’s Dominic Calvert-Lewin without the technique nor a supreme tactical expertise or composure, has made himself valuable by using his strengths to cover some of Everton’s weaknesses, that is goal scoring. In the Premier League this season, he has found the back of the net 16 times, making him the fifth highest scorer in EPL this season.

Only Benni McCarthy in 2006/07 scored more times without assisting a goal in a season (18 goals)#EVESHU pic.twitter.com/IRVfjdRVgu

Also the Englishman’s selfishness, pace, directness and runs into space seemed a blessing for a team with too many players that needed the ball at their feet. And this is the reason the 23-year-old has been a standout for Carlo Ancelotti’s side.