The one with NO Home Comfort 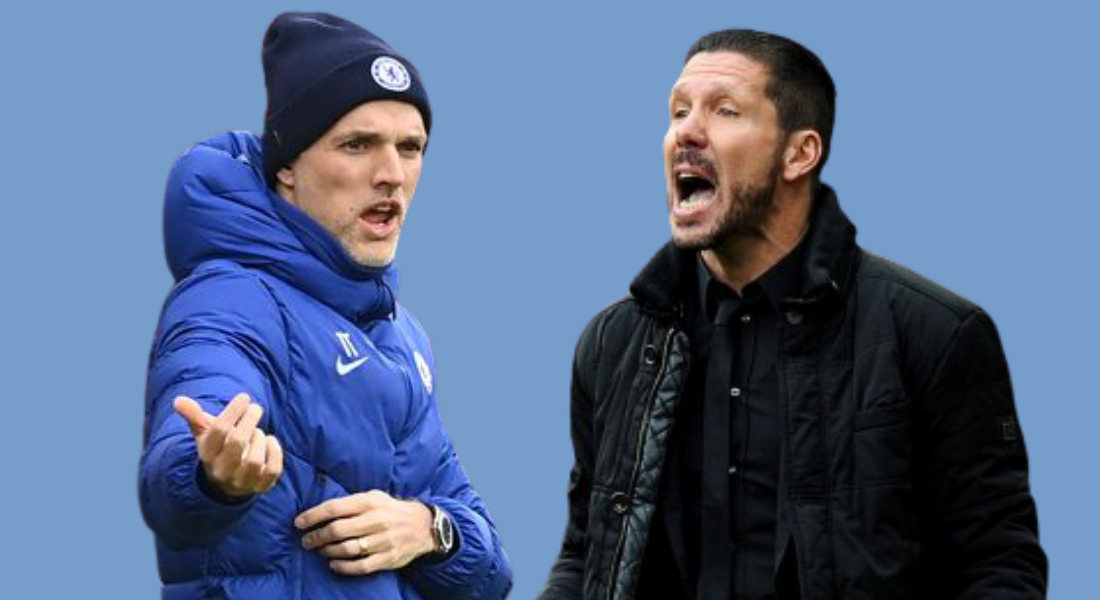 The UEFA Champions League is back with another round of intriguing fixtures this week as Atletico Madrid take on Premier League giants Chelsea at the National Arena in Bucharest on Tuesday, with the fixture being held in Romania due to coronavirus protocols over travel.

The match is technically Atletico’s home leg despite the fact that it is not taking place in Spain, with the reverse fixture due to take place in London in the middle of March.

Atletico Madrid have had it tough in their recent matches, and a loss to Levante in La Liga placed in jeopardy their targets this season ahead of the home clash with Chelsea in the Champions League.

The Madrid giants were not at their best in the group stages of this season’s Champions League, winning just two of their six Group A fixtures, but a total of nine points was enough to see them advance to this stage.

Tuesday’s contest in Romania will be the first time that they have locked horns with Chelsea since the group stages of the 2017-18 Champions League, with the English club winning 2-1 in Madrid before the points were shared in a 1-1 draw at Stamford Bridge.

Chelsea have shown marked improvement under Thomas Tuchel this season and have made their way into the top-four in the Premier League standings. The Blues were held to a 1-1 draw by Southampton over the weekend and have plenty of work to do in the final third this season.

They comfortably progressed to the last-16 stage of the tournament, finishing top of Group E having picked up 14 points from their six games against Sevilla, Krasnodar and Rennes.

New manager Thomas Tuchel has done well so far but against Atletico it will be a new kind of test – his strongest opponent so far. The coach will hope the controversy over his comments on Callum Hudson Odoi after the Southampton game do not blow up in the squad.

The only time when the two sides have met in the knock-out phase ended in triumph for the Spaniards, who eliminated the Londoners at the semi-finals of the elite continental tournament in 2014 with 1:3 aggregate score.

Thomas Tuchel led Paris Saint-Germain to last season’s Champions League final, ultimately losing to Bayern, and the 47-year-old will be desperate to continue his positive start at the helm.

Thomas Lemar and Moussa Dembele returned to first team duties in the 2-0 defeat to Levante after a spell out due to COVID-19, though Hector Herrera is likely to miss the first leg after testing positive for Coronavirus earlier this month.

Saul Niguez and Stefan Savic missed the loss through suspension, so their availability is a boost, particularly in the absence of Jose Gimenez after he sustained a recurrence of a muscle problem at the weekend.

Kieran Trippier is suspended, which is a blow for the home side, who should continue with a three-man backline.

Yannick Carrasco and Sime Vrsaljko are also both missing for Diego Simeone’s side on Tuesday.

Thiago Silva is Chelsea’s only major injury concern ahead of their trip to Atletico Madrid. He returned to training last week but wasn’t ready to face Southampton.

Mason Mount says he will be fine to face Atletico Madrid after picking up a slight knock at the weekend.

Kai Havertz was not included in the match day squad at Southampton, but he had returned to training prior to the stalemate.

Luis Suarez has undoubtedly been Rojiblancos’ best player this season, since moving on a free from rivals Barcelona. Chelsea will also have to deal with the midfield duo of Koke and Saul whose work rate is second to none right now in world football.

🎞️🎦 With our @ChampionsLeague last 16 tie coming up, @Koke6 previews our clash 🆚 @ChelseaFC.

Chelsea have not been that fluent in attack under Tuchel, but the same cannot be said in the case of their defence which has been nothing but water-tight. Tammy Abraham’s physicality upfront would be key and expect goalkeeper Mendy to make some match defining saves in the encounter.

Atletico Madrid have been impressive under Diego Simeone this season and will have to arrest their recent slump to overcome a strong opponent this week.

Atletico Madrid have struggled a bit in recent matches and they’ve lacked their killer instinct as they head to this game. They’ve been failing defensively and injuries haven’t helped much.

Chelsea, on the other hand, are enjoying a good run of form, and are unbeaten in eight. They did well in the group stages and have three straight away wins in the Champions League. Chelsea was the last team to beat Atletico at home in this competition and they are favorites again going to this game, especially it being played at a neutral venue.

Atletico will be desperate to secure a first-leg advantage ahead of a trip to London next month, whereas Chelsea are yet to ignite in the final third of the field since the change of manager and securing a vital away goal in the process, would leave the contest delicately poised.

Chelsea are unbeaten since Tuchel took charge of the west London side, and did secure a 2-1 win at Atletico the last time these two met in Spain back in 2017.

Chelsea are in the better form coming into the tie, but Atletico are notoriously difficult to break down.

Even in the absence of key defenders Jose Gimenez and Kieran Trippier, the home side should have enough to hold the Blues to a low scoring draw in Bucharest. FootTheBall says, Atletico Madrid 1-1 Chelsea