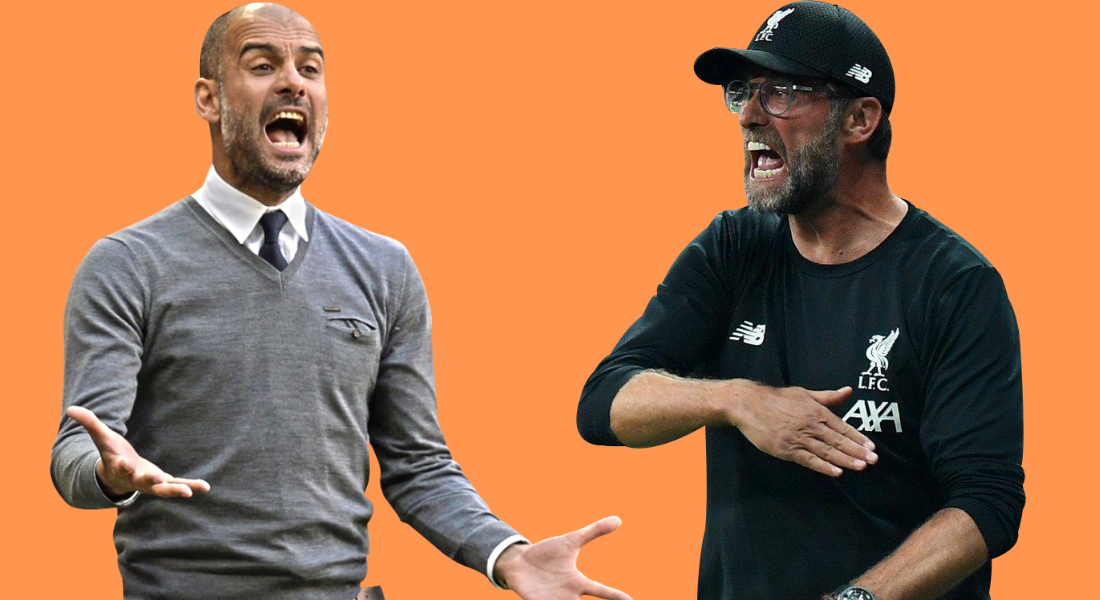 Liverpool will be looking to make amends for a shocking loss to Brighton. The Reds have already dropped too many points in the 2020/21 season, which means that this has to go down as a must-win game for the home side.

On the other hand, Manchester City have a great opportunity on Sunday to record a 10th successive Premier League win and put 10 points between themselves and Liverpool in the title race.

The Citizens have easily been the best team in the league this season, and that too by a mile. They sit at the top of the table, with a lead of three points, and with a game in hand.

Pep Guardiola’s side have been in irresistible form over the past couple of months and look like they’re back to their best, whereas Liverpool’s inconsistencies – three wins, three draws and three defeats in their last nine league matches, have seriously dented their hopes of retaining the title.

City are also determined to deliver the title at any cost in 2020-21, after the Reds trumped them the last season – thus denying Pep Guardiola the rare feat of winning a hat-trick of  league titles in three major European countries.

It’s a match Jurgen Klopp’s side must win, but recent form makes that the least likely outcome. Liverpool have lost their last two home matches against Burnley and Brighton & Hove Albion and have failed to score in their last three at Anfield.

While it would be foolish to rule this Liverpool side out of the title race so early, injuries have taken their toll – and this game is, in reality, a must-not-lose for the champions in terms of their hopes of retaining their crown.

That doesn’t bode well against a City side who, for all the deserved praise they have received for their attacking play, have kept eight clean sheets in that nine-match winning league run.

The only goal they have shipped in that time was a 90th-minute consolation for Chelsea that added a touch of respectability to the scoreline in their 3-1 home defeat by City last month.

Meanwhile, Jurgen Klopp’s men have already admitted that they are no longer in the title race. They had huge hopes at the start of the season. However, countless injuries to big-name players have taken them out of the equation.

It is more a case of who is available for Liverpool than who isn’t. Klopp is mired in an injury crisis with Virgil van Dijk, Joe Gomez, Joel Matip, Naby Keita and Diogo Jota all sidelined.

Liverpool will be hoping Sadio Mane is back from his injury absence, while Alisson Becker missed the defeat to Brighton with illness and will be pushing to return. Similarly he will hope for Fabinho to return back in time from injury.

One of Ozan Kabak or Ben Davies, both of whom were deadline day arrivals, may be thrown in for full debuts if Fabinho fails to recover from injury in time.

As for City, Kevin De Bruyne and Nathan Ake remain sidelined, while Pep Guardiola has ruled out any chance of Sergio Aguero returning for this match, as he continues to recover from COVID-19.

It wouldn’t be a surprise to see City play without a recognised striker. In that instance don’t read too much into who plays where as they will all interchange and swap positions throughout the game.

Thiago Alcantara has looked a class act since day one on Merseyside, even if injuries have interrupted his season, and he has also shown that he is capable of looking after himself as well as the ball.

The fast-paced movement of the likes of Ilkay Gundogan, Bernardo Silva, Rodri, Riyad Mahrez and Sterling is expected to make Sunday a busy afternoon for Thiago, and it will be up to the Spaniard to keep them at bay, while also bossing the midfield for the Reds and launching those quick attacks which he is usually so good at.

While for the Sky Blues, John Stones and Ruben Dias new-found partnership at the heart of the defence has been central to City’s run.

Manchester City have won their last 13 matches in all competitions, and the goals for and against record of 33-3 highlights the dominance they have shown in those matches.

During that run only Cheltenham Town have led City, in a fourth-round FA Cup tie that Guardiola’s side eventually won 3-1, and it’s telling that neither John Stones nor Ruben Dias were on the pitch when City faced the League Two side.

Their central defensive partnership has blossomed during City’s winning run, although critics would say it is easier to defend when your midfield and forward players keep the ball for as long as City do.

The champions have been poor at home, and City are looking extremely tight in defence as well as strong in attack.

Liverpool will be 10 points off first if they lose to Manchester City on Sunday. Jurgen Klopp’s side have remarkably lost back-to-back home league matches without scoring for the first time since 2012.

That has come after a remarkable 68-game unbeaten run at Anfield in the Premier League. They haven’t lost three home league matches in a row without scoring in the last 100 years.

Going on, the Reds were winless in 7of their last 10 matches in all competitions, and they have a total of one clean sheet from their last 8 games.

On the other hand, City are on a 13-game winning run, and a 20-game unbeaten run and have remarkably kept 16 clean sheets in that time. In fact, they have lost just once in their last 30 matches, and this sole loss had come against Jose Mourinho’s Tottenham.

Expect a fierce encounter between these two teams. With title aspirations on the line for both clubs, either manager could end up taking a much more pragmatic approach. But with Manchester City’s record not so great at Anfield, expect Klopp’s men to tip this one in their favour.