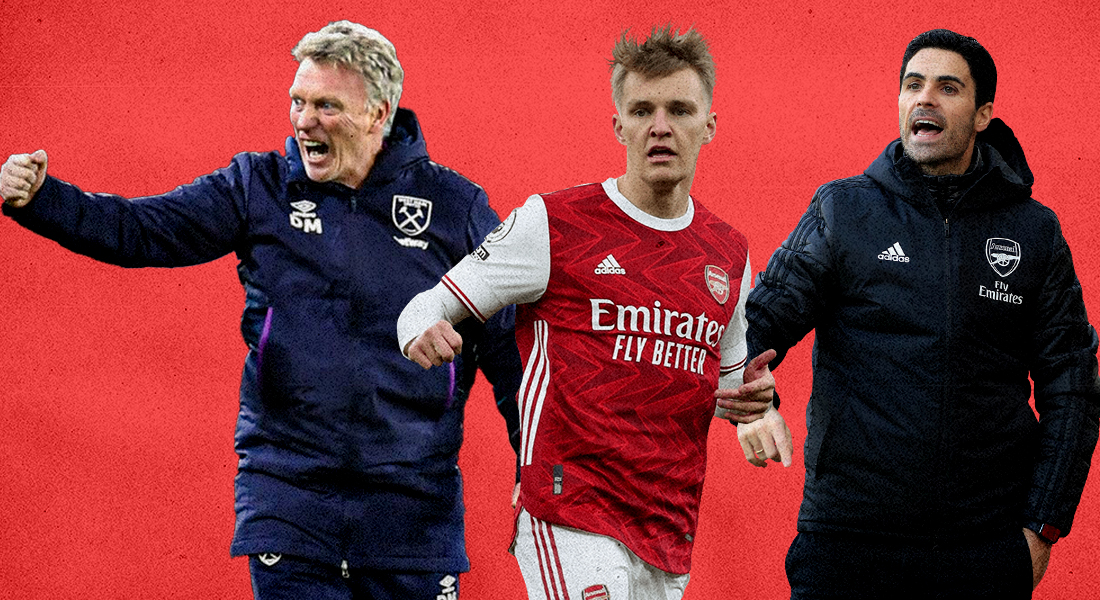 West Ham is currently 5th in the table but is only 3 points behind 4th place team Chelsea, with a game in hand. If things remain as of now, West Ham will probably play in the Champions League for the first time in the club’s history. Chelsea is starting to play really well which means West Ham will also need to up their gamer if they intend on staying ahead ‘The Blues’ till the end of this season. A win against Arsenal will mean they are on a promising and a positive track.

Arsenal is currently 10th in the table and it has been there for a while now. With 41 points so far, they are only 5 points behind Liverpool which is 6th. The race for top 6 is extremely close and intense this season which is why Arsenal can’t afford to lose any more points. A win against West Ham could act as a message for the rest of the clubs that Arsenal still has a chance to play in Europe next season and they are willing to fight till the end.

In their last 5 games, West ham has won 3 and lost 2 which is pretty decent but not enough for top 4 looking at the intense competition this season. In their last game, they lost 1-0 against Manchester United. They weren’t looking good the whole game and their offence seemed really shaky. They were just about to get away with a point but they conceded a late goal in the stoppage time. West Ham is definitely not happy with its current form and would be hoping for better things against Arsenal.

Arsenal has won 4 out of their last 5 games. They even won the North London Derby 2-1 on Sunday which would have definitely boosted their morale up. They are playing the second leg of the Europa League Round of 16 tonight against Olympiacos and are probably going to breeze through to the Quarter Finals. We feel that Arsenal would be extremely confident stepping ontop the pitch against West Ham.

Angelo Ogbonna is suffering from an ankle injury since early February and he still hasn’t recovered. He was one of the best centre back for West Hams and he will surely be missed by the fans against Arsenal. West Ham doesn’t have any players out due to suspension.

Bukayo Saka has been one of the best players for Arsenal with 5 goals this season. Sadly, Saka is suffering from a thigh injury after the North London Derby and his attendance in the squad is highly doubtful. There are chances he might come off the bench though.

💬 “I’m very happy. As I said before, I feel great here. I feel at home and I’m happy to be here. I think the way we play football suits me really well.”

Martin Odegaard has been playing pretty decent in the recent games. It has only been 2 months since his arrival at Arsenal and he has made his name permanent on the team sheet. He has scored 2 goals in the last 2 matches and he even was the man of the match in the game against Olympiacos in the Champions League. Odegaard is going to be extremely important for Arsenal against West Ham.

Fabianski has been a strong wall for West Ham all season. He has had 9 clean sheets in the Premier League this season and is the reason why West Ham’s GD is looking decent. Arsenal is going to have a hard time breaching the goal with this man trying to stop the ball for West Ham.

The game is quite hard to predict because Arsenal is in a better form than West Ham but West Hamas been better than Arsenal all season. We feel that West Ham has an overall better squad than Arsenal and hence are going to be the more dominant team on the pitch. Arsenal is known for not maintaining their good form and hence we think their winning run will come to an end on Sunday. FootTheBall predicts West Ham 1-1 Arsenal.