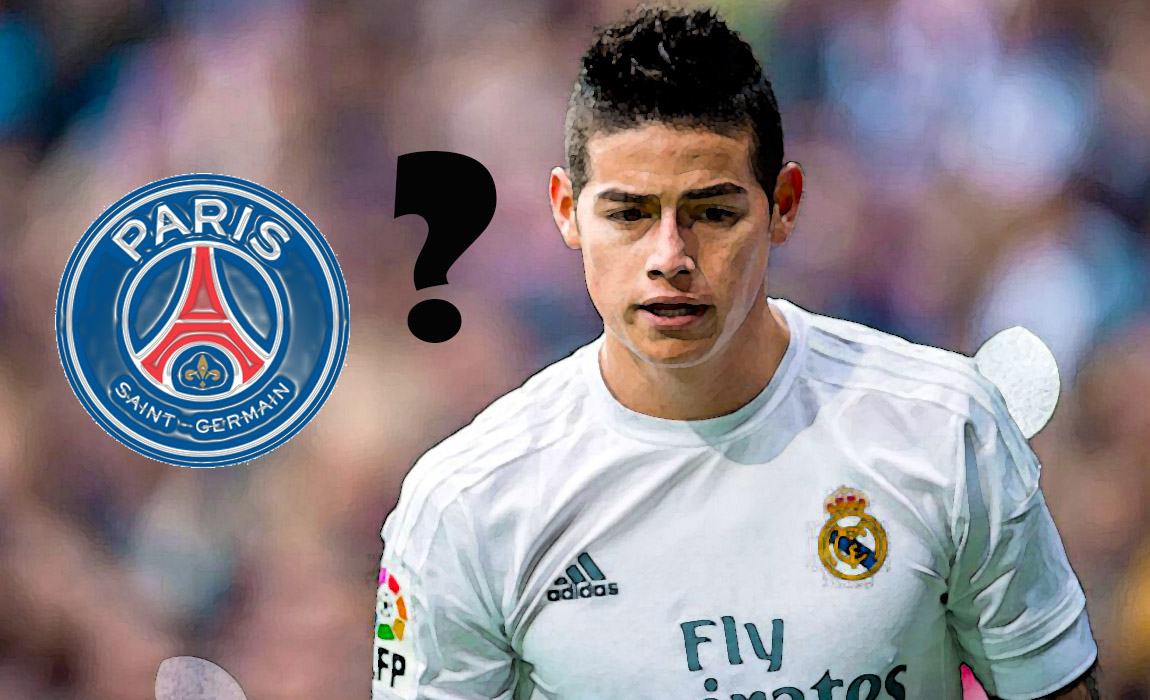 The newly appointed PSG boss Unai Emery has been busy this summer in search of fresh talents in order to bolster the squad. After roping in the services of Hatem Ben Arfa, Grzegorz Krychowiak and Meunier, PSG have now shifted their focus on Real Madrid attacking midfielder James Rodriguez.

Yahoo Sport France reported that the player’s agent Jorge Mendes, have held talks with PSG officials over a possible switch to Ligue 1 this summer. The report also accentuates that the negotiations have been smooth and it is only a matter of time as both the sides are yet to agree on personal terms.

According to information obtained by someone close to the president of the club, the negotiations are at an advanced stage with Jorge Mendes and James.

The talented midfielder has failed to find a place in the first team under Zidane and has drawn a lot of criticism from the fans. Football pundits understand that James is no longer a fan favourite and the lack of game time may convince the Colombian midfielder to make a move to Ligue 1 giants PSG this summer.

It is believed that the Spanish giants Real Madrid and manager Zinedine Ziidane wants to hold on to the player as they are aware of his tactical ability in the midfield but a lack of game time may force Rodriguez to look for greener pastures. The report from Yahoo Sport France also highlighted that the player’s future at Santiago Bernabau is dependent on an upcoming meeting between Zidane and club president Florentino Perez.

Foottheball understands that Emery’s flying start to his managerial campaign with 3 back to back major signings have impressed Rodriguez and the recent negotiations with the French club may convince him to test the waters with a switch to Ligue 1.

With three years remaining on his contract at Real Madrid it is expected that PSG will have to place a bid in the region of £50m. Recent rumours also pointed out that PSG have given up the chase for Napoli hitman Gonzalo Higuain as the Argentine forward is more inclined towards a move to Atletico Madrid. After missing out on Higuain, it is believed that PSG are looking forward to take Rodrigez to France this summer.