Boy Wonders Talk It Out 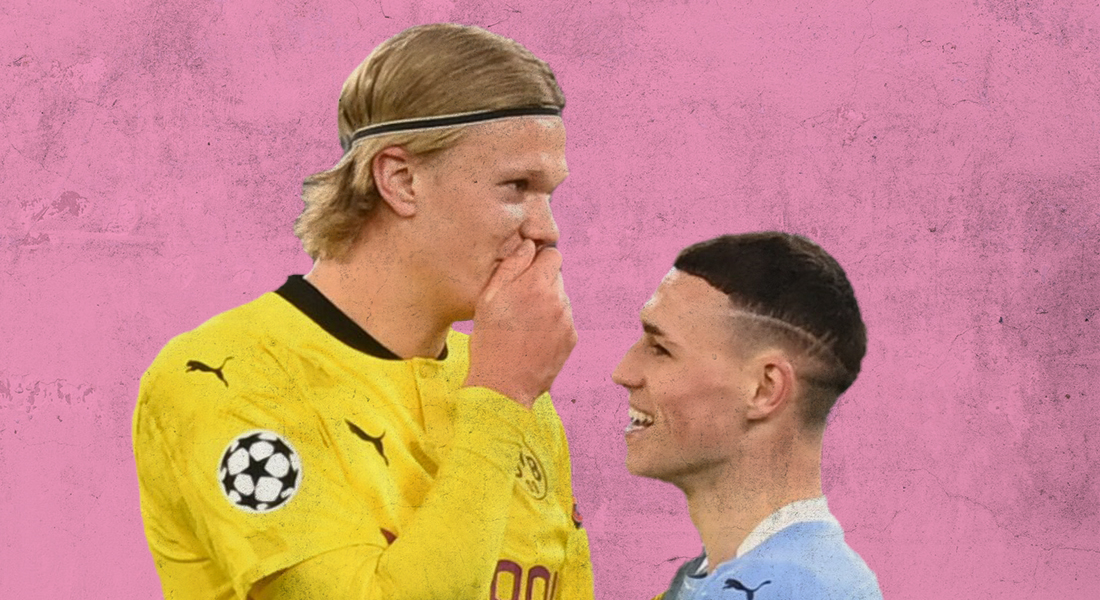 Manchester City defeated Dortmund in a close game that featured two boy wonders of football in Haaland and Foden, and after the game finished the two decided to have a chat on camera leaving many speculating.

Who knows maybe Pep Guardiola is using Foden to by-pass Mino Raiola, who is Haaland’s agent and does not see eye to eye with the Catalan.

What Did Haaland and Foden Possibly Chat about?

The two young sensations faced off in the recent quarterfinals of the UEFA Champions League. It was Phil Foden who had the last say as his strike propelled Manchester City to a 2-1 win over Erling Haaland’s Borussia Dortmund.

A clinic capped off with a goal! 🔥

There was plenty of controversy in the game Rodri’s dive, Jude Bellingham’s cancelled goal for a ‘foul’ on City’s goalkeeper Ederson. But there was no bad blood between the two youngsters as they were caught chatting after the game.

It gave rise to a lot of speculations and Twitter went crazy and FootTheBall  bring you the best reactions:

“They don’t call you the Stockport Iniesta for nothing do they? You can assist me loads next season”. We can dream can’t we #Haaland #Foden #Mcfc pic.twitter.com/DCJlEGYUW7

Will we see these two together in the @premierleague next season?

"Ever seen the co-op pyramid? I'll take you pal, swear down you'll love it."

It’s an open secret that Manchester City are in for Haaland, I mean who wouldn’t go for him and Foden is playing the agent luring him to his side. But you never know, what if Jadon Sancho asked Haaland to talk to Foden and convince him to leave city and follow his path to Dortmund. Sounds crazy but possible yeah?

We are in for a bumper summer transfer window and these two stars might just be at the center of it.