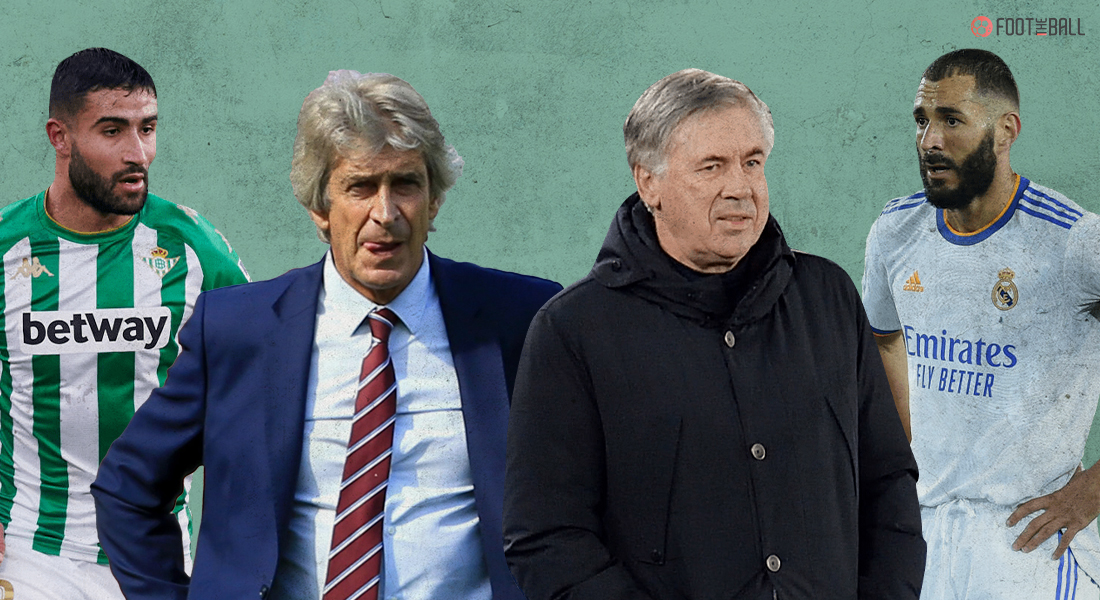 LA LIGA PREVIEW: REAL BETIS VS REAL MADRID- Real Betis all set to host Los Blancos in the hopes of achieving a positive result from this matchup

Real Betis will face Spanish heavyweights Real Madrid in the match week 3 of the new La Liga season. The match is set to take place on Sunday, August 29th at the Benito Villamarin stadium in Seville and promises to be an intriguing one.

Manuel Pellegrini’s reign as Real Betis’ new manager commenced in a humbling manner, with two consecutive stalemates in their first two matches as Betis drew 1-1 against Mallorca and Cadiz, respectively. However, Pellegrini was unimpressed with the football played in his first two matches and went on to disparage the Spanish top-flight heavily.

The former Manchester City manager called La Liga a “disgrace” and stated it is one of the most boring leagues in the world. Pellegrini criticized opponents for wasting time on purpose and constantly diving, which slows down the game. The experienced manager went on to say that Spanish clubs owe it to their supporters to provide them with exciting football.

Meanwhile, Real Madrid, commanded by Carlo Ancelotti, has had a shaky start to the season. Los Blancos dominated Alaves during their opening match, winning 1-4 away. However, Madrid’s early dominance was disrupted when they journeyed to Valencia to confront Levante. Vinicius Jr. salvaged the day for Madrid with two late goals, bringing the game to a 3-3 draw.

Gareth Bale gets back on the scoresheet for Real Madrid.💪

But Madrid have to settle for a 3-3 draw at Levante.#UCL pic.twitter.com/us1gkj4mjn

It has been a summer of upheaval, with central characters such as Raphael Varane, Zinedine Zidane, and Sergio Ramos departing, but the Bernabeu side still boasts a really talented squad. Real Madrid reached the Champions League semi-finals last season and finished second in La Liga, only two points behind champions Atletico Madrid. They will be hoping to win it all this season and extend their La Liga title tally to 35.

Real Betis are still missing Marc Bartra, Youssouf Sabaly, and Diego Lainez due to injury, while Alex Moreno is set to miss his second consecutive match due to a hamstring injury he suffered against Mallorca. It is projected to be an identical starting XI to the one that started the match against Cadiz, with Rodrigo Sanchez, Nabil Fekir, and Juanmi operating behind lone attacker Borja Iglesias.

Real Madrid have lost a couple of artistic talents in the past few days, with Martin Odegaard making a permanent switch to Arsenal and Luka Modric suffering a groin injury in training last week. The seasoned Croatian will miss his second match in a row, who joined Toni Kroos, Dani Carvajal, Dani Ceballos, Marcelo, and Ferland Mendy on the injury list.

Fekir won the World Cup with France just three years ago, which is the biggest gem in his crown. Furthermore, in terms of pure footballing ability, he possesses a plethora of firepower in his arsenal. He’s a skilled dead-ball expert with a tendency for the spectacular.

His energy, along with his incredible dribbling skills, makes him a crowd favorite. In addition, he can dish out an assist or find the back of the net out of thin air. He is also a very versatile player, capable of playing in any position up front. He is a footballer with an imaginative style of play, with trickery and quick feet being his strong suits, and those traits make him a game-changer for Real Betis.

Karim Benzema, or Monsieur Benzema, has been the man in charge of Real Madrid’s offensive duties since Cristiano Ronaldo’s departure in 2018. Since joining Real Madrid in the summer of 2009 for a fee of £35.2 million, Karim Benzema has perhaps proven to be the most astute addition of a transformational transfer period that also included Cristiano Ronaldo, Kaka, Xabi Alonso, and Raul Albiol bringing their talents to the Bernabeu.

Benzema is fairly tall, standing at 6’1″, yet he is exceptionally quick and agile in tight spaces. Technically, the Frenchman is extremely creative, and when pressed by defenders, he does things that you wouldn’t expect from a “target man.” However, he’s much more than just that. He is a very clever and dynamic forward who is adept at lay-offs and can make runs behind the defenders. He can make an impact and his presence is felt on the pitch at all times because of his tireless work rate and lethal finishing ability to find the back of the net from anywhere and with any part of the body.

Real Madrid will enter this encounter as clear favorites to take the three points home and will want to get back to winning ways after their draw against Levante last week. While Real Betis will be playing for a draw and will be hoping to break their opponents by their counter-attacking football.