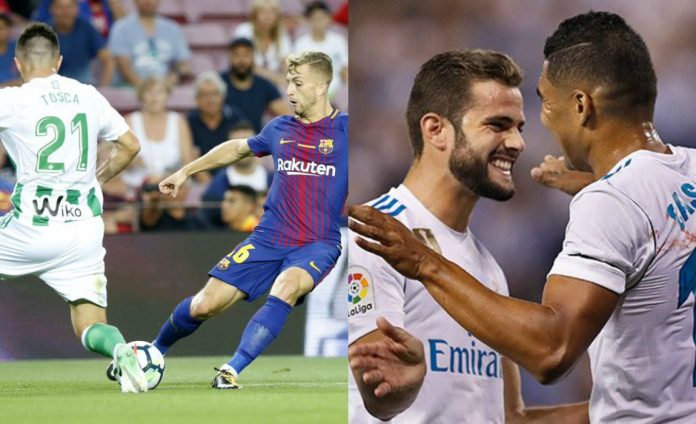 Real Madrid and FC Barcelona both won their opening games of the La Liga season on what was an especially emotional night in Barcelona’s Camp Nou Stadium in the wake of Thursday’s terrorist attacks which left 13 dead in the city and another victim in the nearby town of Cambrils.

When the game got under way without the departed Neymar and the injured Luis Suarez, Barca struggled to take control before magic from Leo Messi and Gerard Deulofeu ended with Betis defender Tosca turn the latter’s cross into his own net in the 37th minute. 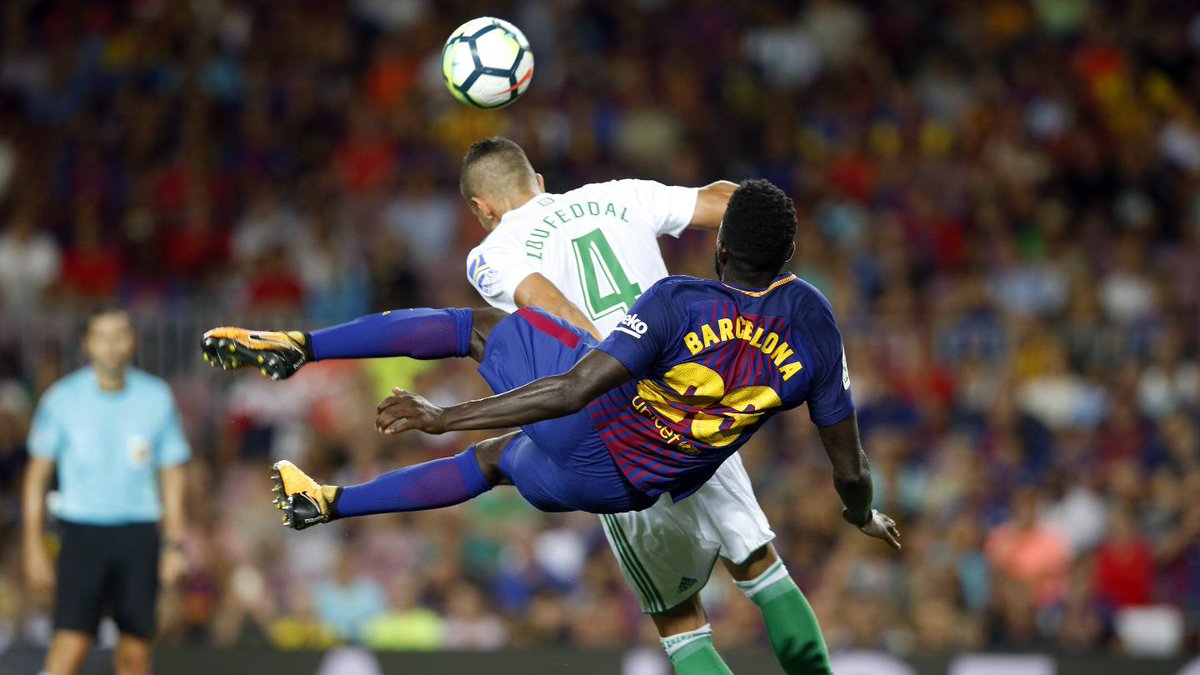 Deulofeu then did well to win the ball and set up Sergi Roberto for Barca’s second two minutes later, although Messi was the Barca star with a performance which saw him hit the Betis post twice, while directing all of his side’s best moves.

Tony Kroos wrapped up the win midway through the second half but Madrid may have had a tougher night had Deportivo striker, Florin And one not missed a good chance early in the game and then missed a penalty.

Meanwhile Sergio Ramos saw a late red card and will miss Madrid’s game at home to Valencia next weekend. 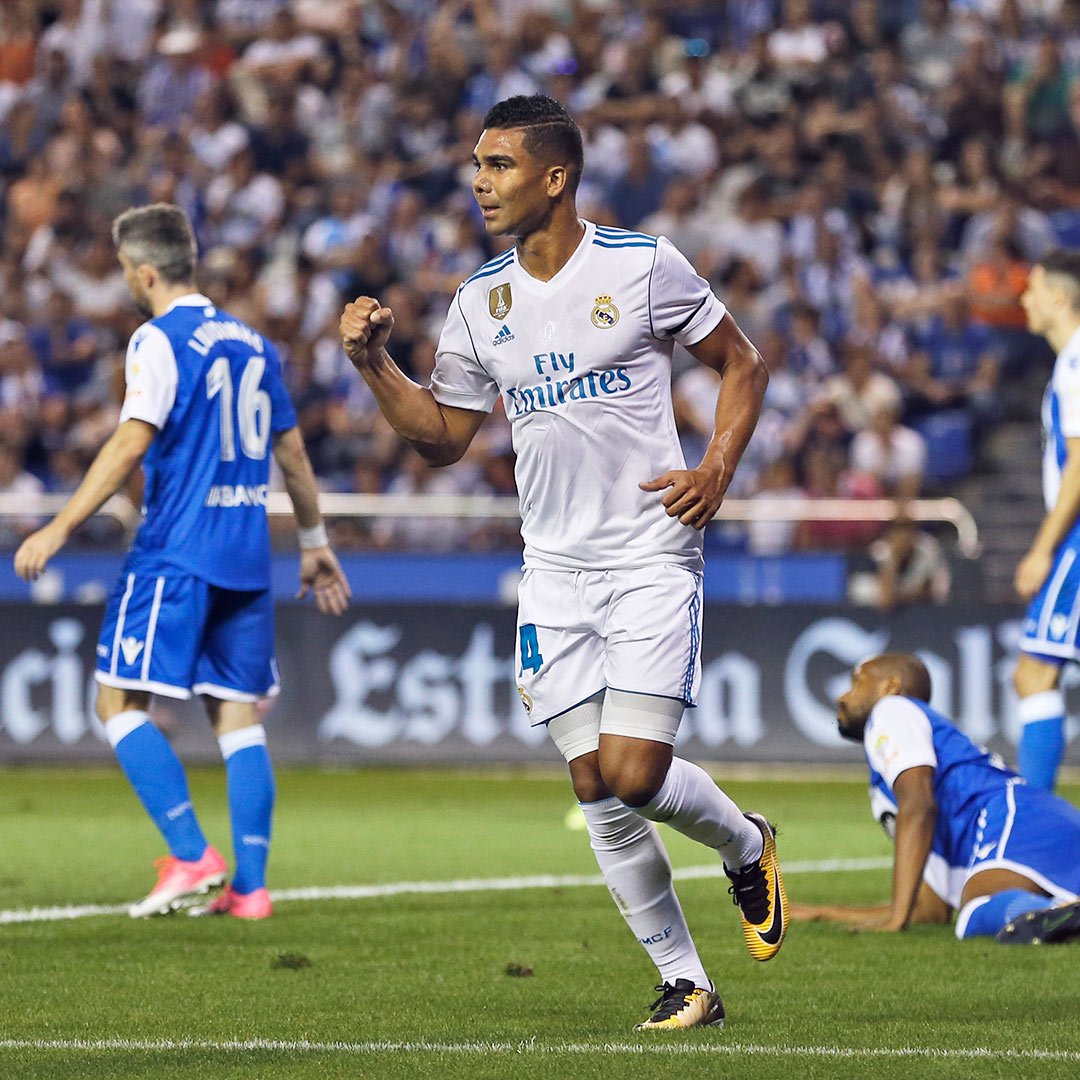 Athletic Club Bilbao and recently promoted Getafe opened their respective campaigns with a 0-0 draw in a game where Athletic had more chances, but in which Getafe will point to an error from the referee to not give an early goal after it appeared a Market Bergara header crossed the line.

The game was Getafe coach Jose Bordalas make his top flight debut and his team did enough to hint they will be able to survive in the top flight.

Saturday saw 10-man Atletico Madrid battle back from 2-0 down to draw 2-2 away to newly promoted Girona in their first game in the Liga Santander season.

Cristian Stauni celebrated his return to Spain with goals in the 22nd and 25th minute to give Girona a shock 2-0 lead in their first ever top-flight game when Atletico striker, Antoine Griezmann was sent off for two yellow cards.

However, Angel Correa gave Atletico a lifeline in the 74th minute with a powerful shot and with the Primera Liga newcomers getting nervous, Jose Gimenez’s header gave Atletico a point with six minutes remaining.

Sevilla and Espanyol also kicked off with a draw as they shared the points 1-1 in the Sanchez Pizjuan Stadium.

Clement Lenglet opened the scoring for Sevilla from close range but Leo Baptistao equalized for Espanyol before halftime with a fine solo goal and Sevilla ended with 10 men following Ever Banega’s expulsion on his return to the club.

Maxi Garcia celebrated his debut for Celta Vigo with two goals, but his side still lost 3-2 at home to Real Sociedad, who twice came from behind with goals from Mikel Oyarzabal and Juanmi, before a Willian Jose penalty ruined Juan Carlos Unzue’s first game in the Celta dugout.

The league kicked off on Friday night as Leganes kicked off their second season in the top-flight with a 1-0 win at home to, Alaves, while Marcelino Garcia had a promising debut as Valencia coach as his side won 1-0 at home to Las Palmas.

The first weekend ends on Monday when Levante entertain Villarreal and Malaga are at home to Eibar.