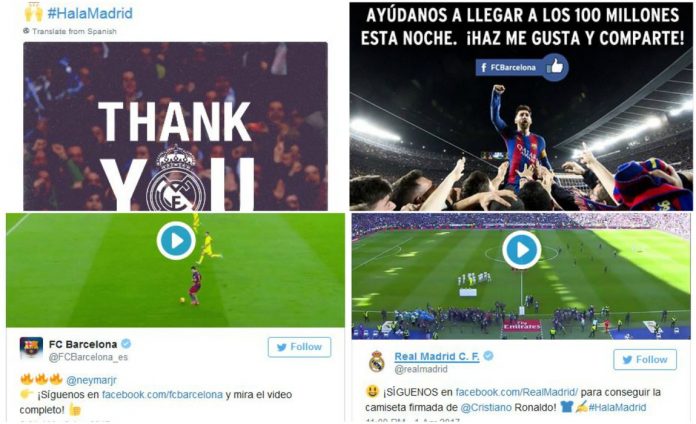 Real Madrid and Barcelona take their club war on Facebook in a hilarious way, to become the first sports team to reach 100 million likes on Facebook.

Both the teams have now reached the tally, but Real Madrid won this battle. 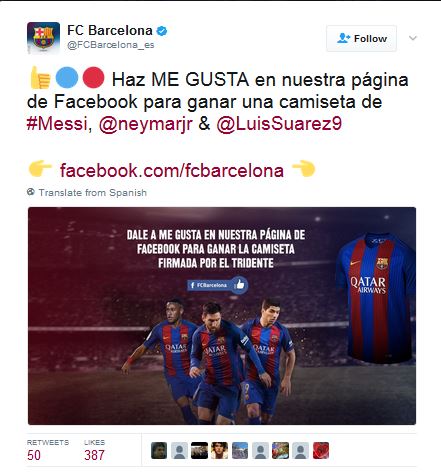 Barca showed their urgency as they tried to beat their opponent by using a variety of desperate techniques. 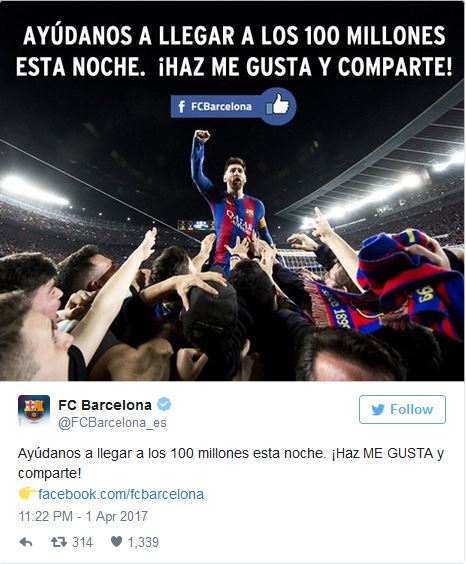 Late on March 31, Barcelona tweeted a link to their Facebook page and swayed a message: “Like our page to win Lionel Messi, Neymar and Luis Suarez shirt.”

Later that day, Real Madrid decided to use their own superstar to get fans on board.

Barcelona tried everything to be the first team to get 100 million likes on Facebook. 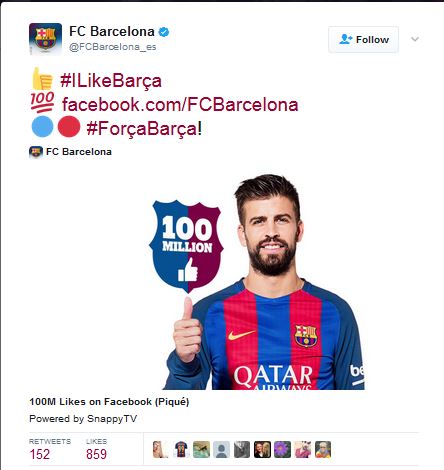 Later Barcelona decided to come straight to the point, and posted a picture of the players celebrating their heroic win over Paris Saint-Germain with caption: “Help us reach 100million tonight. Like and share.”

Barca tweeted a video involving Suarez and Neymar and pleading “Follow us on Facebook to watch the entire video.”

And they followed that up with more appealing videos.

The whole war took a change when a Spanish journalist tweeted a screen shot of the message she received from Barcelona’s official Facebook Page. 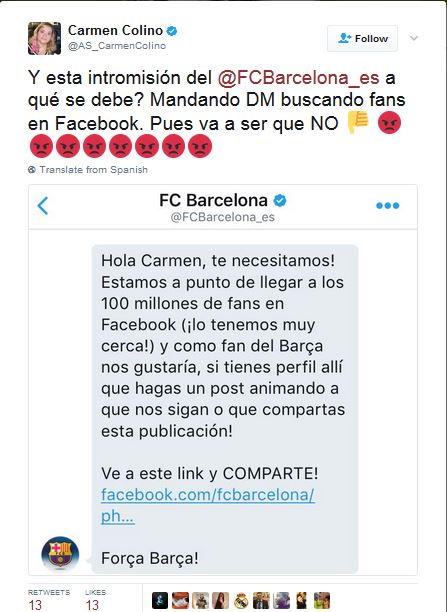 The message read: “Hi Carmen. We need you! We are close to reaching 100million fans on Facebook and, as a fan of Barca, we’d like you to encourage people with a post or by sharing this link.”

She posted the message along with the screen shot:  “And what is this invasion of privacy by Barcelona? Sending DMs in search of fans on Facebook. I think not.”