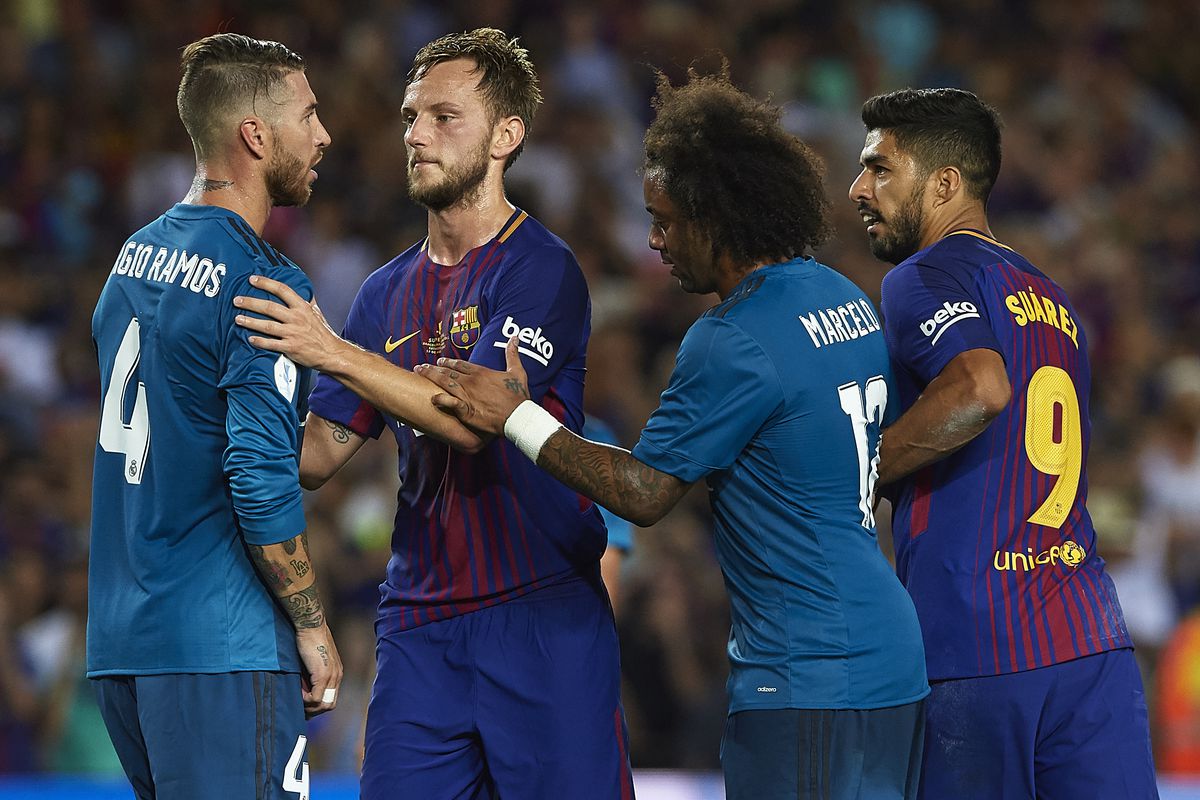 Real Madrid and FC Barcelona will once again be the big favorites for the title when Spain’s Liga Santander kicks off at the weekend with Real Madrid currently at an advantage over their historic rivals. 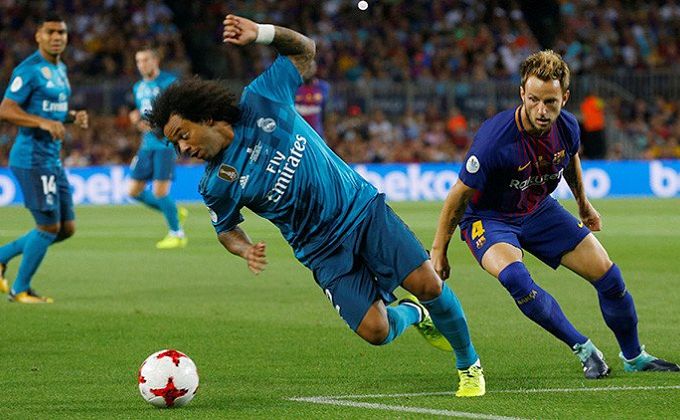 Rivals are back again

Real Madrid go into the new season as reigning Spanish and European champions and at the moment look to have a much more competitive squad than Barcelona, who are paying the price for a lack of proper pre-season planning over a period of years.

Barca have failed to replace key players (Xavi, Neymar and Dani Alves) and allowed others to grow older (Iniesta and Mascherano and even Busquets and Pique) with no substitutes, while Madrid have sought young talent such as Theo Hernandez, Dani Ceballos, Marcos Asensio to give themselves a squad that on paper looks to be talented, deep and balanced and able to withstand the rigors of a long season in Spain and in Europe. While Cristiano Ronaldo is getting older and less mobile, he is still a devastating finisher and he now appears to understand the need to rest in order to retain his peak form.

Zinedine Zidane’s preference for a four-man midfield with Isco Tony Kroos linking midfield and attack means it is much easier to replace Ronaldo that it was, with Asensio looking the player most likely to have a big breakthrough campaign.

With players such as Luka Modric, Isco, Mateo Kovacic, Casemiro, Marcos Llorente, and Ceballos all battling for midfield positions, while Asensio, Lucas Vazquez, Ronaldo, Bale and Benzema offering variety up front, it is hard to see how a Barca, who are still hugely reliant on Leo Messi, Luis Suarez and Gerard Pique will be able to keep track over the length of a season, even if new signings do arrive before the end of August.

New coach Ernesto Valverde promises to remain true to the Barca style of play, but he could be the one to pay the price for the poor job done by the club’s directors. Atletico Madrid will hope to once again provide opposition to the big two and Diego Simeone’s side will again prove tough to beat. With a FIFA transfer ban in place until January, there have been no new signings as Atletico prepare for their first campaign in the new Wanda Metropolitan Stadium, and the club’s biggest success has been in retaining key players Saul Niguez and Antoine Griezmann.

It still remains to be seen however, how the big move across town will affect the team and Atletico and their supporters may need time to adjust to life away from the Vicente Calderon: time that Barca and Madrid are unlikely to allow them.

Sevilla, who last season finished fourth, have a new coach in former Celta Vigo boss, Eduardo Berizzo and will be happy to see the return of local boy, Jesus Navas along with the signings of Nolito and Ever Banega, (another returnee), but it may be hard for them to repeat last season’s displays.

ALSO READ: Barcelona In High Spirits As They Look To Overturn Deficit Against Real Madrid

Villarreal should also maintain a challenge for Europe, but could miss striker Roberto Soldado, who has moved to Turkey, while it will also be interesting to see if Real Sociedad will be able to repeat last season’s heights with the added challenge of playing in Europe.

Elsewhere, Athletic Club Bilbao look to continuity with former B-team coach ‘Cuco’ Ziganda, who stepped up to replace Valverde, while Betis look to have signed well and with Quique Setien have a coach whose sides like to play attractive football and Valencia will hope Marcelino Garcia can bring a return to the good times in an always demanding club.

At the other end of the table, Leganes did well to survive last season, but could struggle for in their second campaign in the top-flight, while newly promoted Girona will also do well to survive on a tight budget, although several loanees from Manchester City could ease their task.

Meanwhile Las Palmas and Alaves, who have lost coach Mauricio Pellegrino and a host of kep players, including Theo and Marcos Llorente, could also find themselves drawn into a relegation struggle.