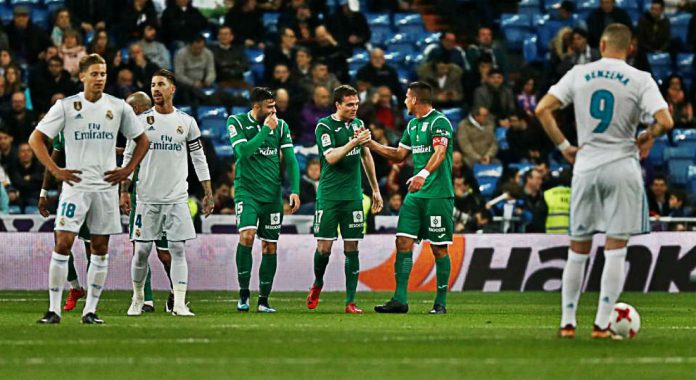 Leganes caused one of the biggest upsets in the Copa del Rey on Wednesday when they knocked Real Madrid out of the competition.

Leganes made the short trip to the Santiago Bernabeu Stadium on the back of a 1-0 first leg defeat to their near neighbors and with Real Madrid the big favorites to qualify for the semifinals.

However, the tie was level in the 31st minute when Javier Eraso beat Kiko Casilla from distance and although the much-criticized Karim Benzema equalized two minutes into the second half, Gabriel Pires netted the goal which sent Leganes through on away goals eight minutes later.

The result will pile further pressure on Madrid coach Zinedine Zidane who fielded a side filled with fringe players, despite his side being 19 points behind FC Barcelona in the league and Madrid’s only chance of a trophy for the rest of the season is the Champions League, where they will play Paris Saint Germain.

Earlier in the day Valencia reached the semifinals following a penalty shoot-out against last season’s beaten finalists Alaves after losing 2-1 in the Basque side’s Mendizorroza Stadium.

Munir put the home side ahead in the 73rd minute with a goal that would have put Alaves into the last four following a 2-1 defeat in Valencia.

However, Valencia were level just four minutes later as he took advantage of some open spaces in the Alaves back line.

Ruben Soriano sent the tie to injury time with another goal for Alaves in the 86th minute, but as neither side were able to add to the score, qualification was decided by two saves from Valencia keeper Jaume Domenech in the penalties. 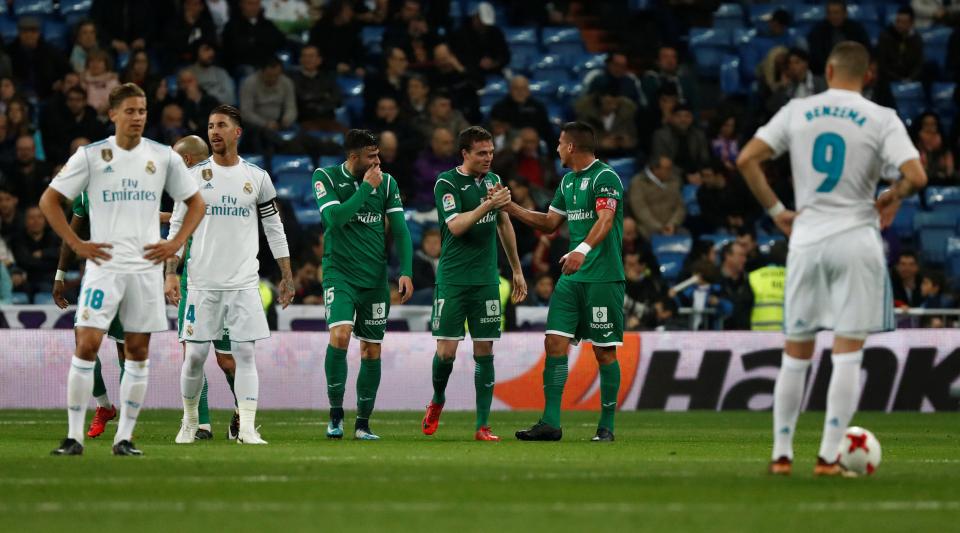 Tuesday saw Sevilla assure their place in the last four with a 3-1 win at home to Atletico Madrid which gave them a 5-2 aggregate win, while on Thursday, FC Barcelona need to come back from a goal down at home to Espanyol.