Four-time Kenyan champions Ulinzi Stars FC departed for Egypt on Tuesday evening for their opening leg of the CAF Confederations Cup first round clash against Smouha on Friday without their top scorer, John Mark Makwatta. 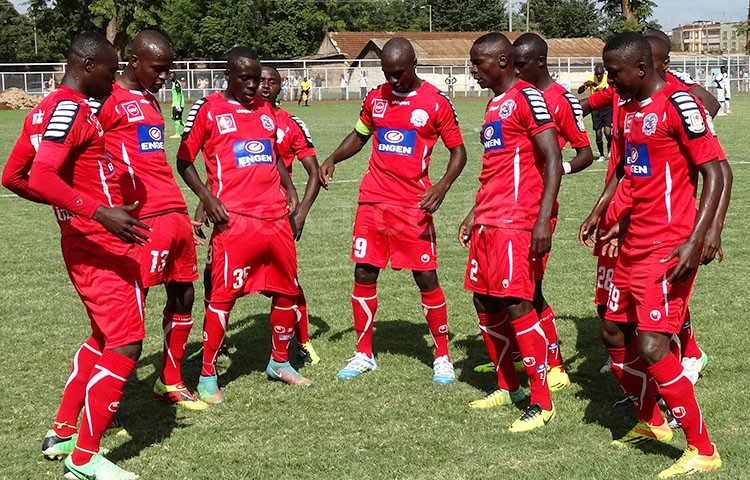 Makwatta, who won the Golden Boot in last season’s domestic top flight league, resigned from the military side to pursue his dream of playing European football in Slovakia.

Makwatta was unavailable for the Smouha game since his passport was being processed in the Slovak Embassy in Nairobi but Ulinzi head coach, Benjamin Nyangweso, is confident his squad can cope without the forward who has top scored for them in the past two seasons.

Nyangweso, who led Ulinzi to the 2010 Kenyan Premier League title, named an 18-man squad that left for Alexandria, Egypt on Tuesday keeping faith in the squad that did duty in the preliminary round conquest over Libyan side Al Hilal Benghazi.

The Kenyans edged out the Libyans 5-4 on post-match penalties after their two-legged tie ended 1-1 on aggregate.

Ulinzi went down 1-0 in Cairo, Egypt in a match played at a neutral venue owing to the conflict in Libya before they beat Al Hilal by a similar score line in Nairobi a week later with Makwatta providing the assist for the lone goal.

“The resignation is pending approval, but basically, we will not be with Makwatta moving forward. He informed us of the opportunity that had come up for him and as a team, we cannot block his progress.

“We are happy for his achievement and we pray for him to succeed,” Ulinzi chairman Lt. Col. Erick Oloo said in a statement.

“Life is all about progress and this for him is big progress. We thank Makwatta for his services. He has been a diligent servant of the team and has played a mammoth role in helping us to get where we are now. He has our blessings,” the official added.

Ulinzi are the only Kenyan side remaining in continental competition after league winners Tusker FC were eliminated from the preliminary round of the CAF Champions League by Mauritian giants AS Port Louis 3-2 on aggregate.

They earned their ticket to the Confed Cup after being the beaten finalist in the domestic GOtv Shield Cup that Tusker won on their way to sealing the Kenyan double.⁠⁠⁠⁠