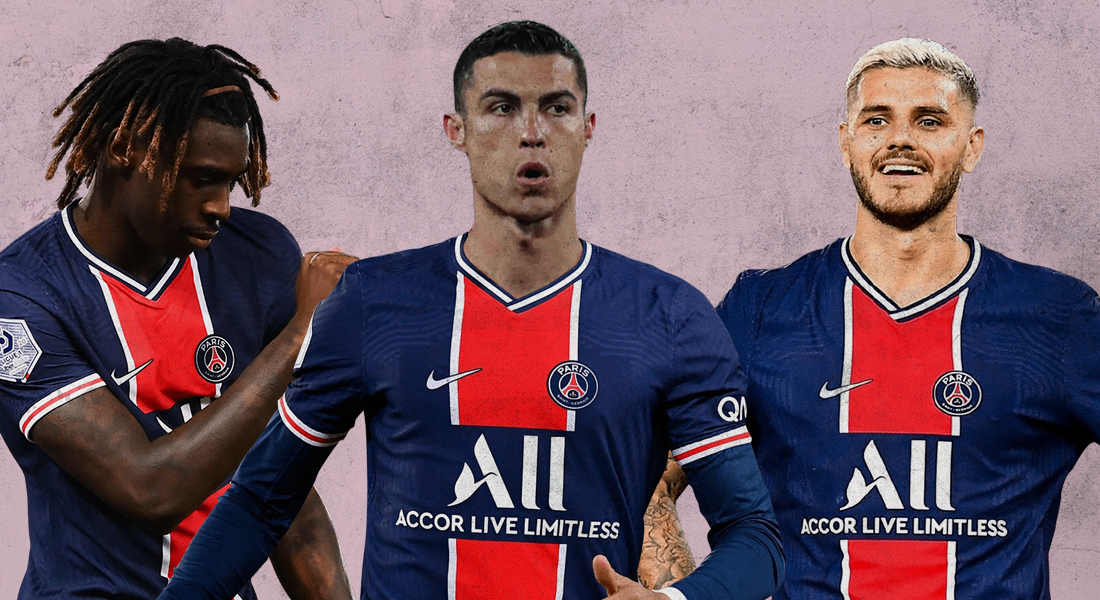 Cristiano Ronaldo has been linked with a move away from Juventus in recent weeks and a new name has just been thrown into the hat for his signature. The Portuguese was linked with former club Real Madrid but the club seemingly has other priorities and face a financial crunch.

PSG, fresh off their impressive Champions League win over Bayern Munich, are making a move for Ronaldo. The Paris giants are planning a part-exchange, part cash deal to sign the 36-year-old striker. The Qatar-owned club is one of the few teams in the world who have the financial power to sign Ronaldo, given his high wage demands.

RONALDO GOING THE OTHER WAY

As part of the deal, PSG are looking to offer strikers Mauro Icardi and Moise Kean to Juventus. Icardi is a proven goalscorer in the Serie A, spending seven years at Inter Milan and scoring over a hundred goals. Kean is a former Juventus player and his time in Turin has been the best in his career so far.

It has been reported that Juventus are willing to accept any offer upwards of 25 million Euros for Ronaldo, a considerable decline from the 100 million they spent on him three years ago. Andrea Pirlo has been advised by former manager Massimilano Allegri to sell the forward and last month’s Champions League exit also brought news of a prospective divorce.

Ronaldo was reportedly keen on a move back to Spain to his former team Real Madrid. However, Zinedine Zidane is looking to buy younger blood in Kylian Mbappe or Erling Haaland. This year’s renovation of the Santiago Bernabeu has also left Madrid with a smaller budget than Fiornetino Perez is normally used to.

🔝| Cristiano Ronaldo has 25 goals in the Serie A this season! 🌟

The deal seems to be a good move for everyone. Ronaldo was brought in to win Juventus the Champions League but his three seasons have brought three increasingly dissapointing exits. Icardi has struggled with injuries and has been unable to link with Neymar and Mbappe as well as he would have hoped. Kean looks destined for a journeyman career but a move back home would do him good.

Ronaldo, even at 36, is one of the world’s most potent goalscorers. He can lead PSG to their coveted Champions League title (if they don’t win this season) and cement his place as the best player in the competition’s history.