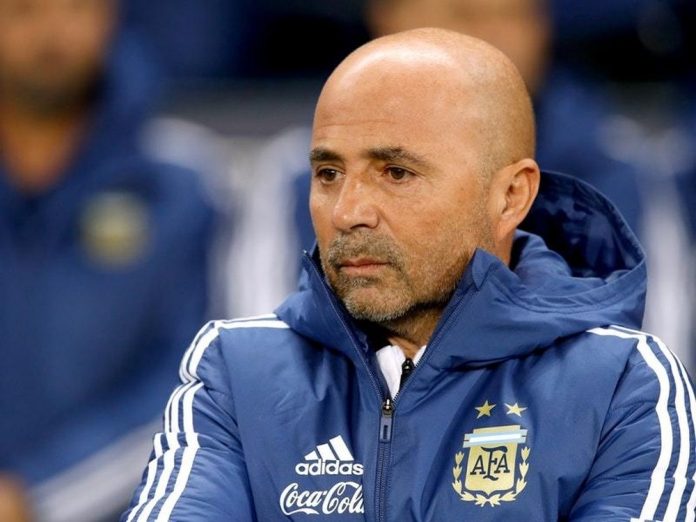 Jorge Sampaoli’s contract with the Argentine football federation (AFA) came to an early end, the AFA announced on Sunday.

“Today the Argentine football federation and Jorge Sampaoli agreed by mutual consent to bring to an end his position as head of the national team,” the AFA announced in a statement.

“Next Tuesday it will be decided who will be in charge of the under-20 team in the COTIF L’Alcudia 2018 tournament.

“The association thanks the professionals for their work with the team during their time.”

The split comes just one year into Sampaoli’s five-year contract with the AFA.

Sampaoli was named head coach of Argentina in June 2017 and his last game in charge was the defeat in the last 16 to eventual champions France.

Sampaoli led Argentina to record seven wins, four draws and four defeats in 15 matches in the past 12 months.

The pressure on the team and coach was visible with their performance at the 2018 World Cup in Russia.

The team only progressed from the group stages with an 86th-minute winner from Marcos Rojo against Nigeria.

That came after Argentina drew their first game 1-1 with Iceland before a 3-0 defeat by eventual group winners Croatia.

The former Sevilla and Chile boss “begged” for the fans’ forgiveness after the Croatia defeat and took responsibility.

Former Argentina manager and player Diego Maradona, a World Cup winner in 1986, had earlier warned Sampaoli “can’t come back to Argentina” after the Iceland game.

The loss to Croatia – which started with a dreadful error from goalkeeper Willy Caballero – was Argentina’s heaviest defeat in the group stage of a World Cup since losing 6-1 to Czechoslovakia in 1958.

It was also the first time the two-time World Cup winners had failed to win either of their opening two group stage matches since 1974.

(With Xinhua and agencies input)