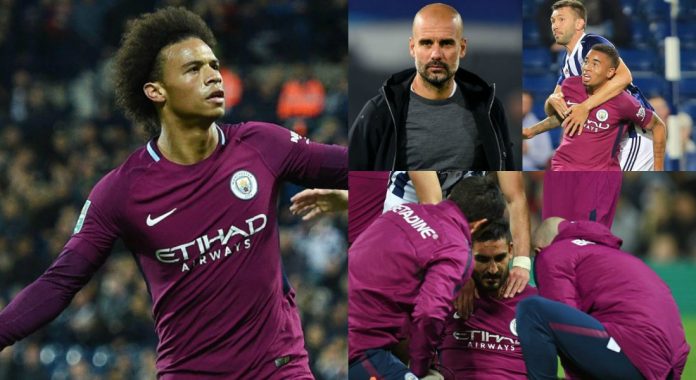 Leroy Sane scored a match-winning double but Manchester City’s 2-1 victory over West Brom was marred by fears over their star midfielder Ilkay Gundogan.

Sane opened the scoring for Man City early in the game and then clinched a late winner to cancel out West Brom’s strong comeback in the second half.

But Man City midfielder Gundogan had to be taken off injured after Yacob’s controversial challenge.

Pep Guardiola made eight changes in the Man City squad that locked horns with West Brom in the Carabao Cup on Thursday.

Guardiola’s side dominated the proceedings early in the game and in-form Sane scored the opener for Man City in the 3rd minute from a rebound.

Sterling’s pass cross found Gundogan, whose shot was parried by keeper Ben Foster, but only to find Sane, who fired home the rebound.

Man City had chances to double their lead in the 19th minute but they were denied first by Gareth McAuley and then by Foster.

But Man City received a huge blow in the face after Gundogan went down in agony following Yacob’s rough challenge from behind.

It was Gundogan’s first start since injuring a cruciate knee ligament nine months ago, although his injury appeared to be to his other leg – and he at least was able to walk off unaided.

West Brom pounced back into the game after the hour mark.

It was Yacob’s first appearance of the season – and his second goal in 160 games.

But Sane guided Man City into the fourth round of the competition after scoring a late equaliser in the 77th minute.

Sane picked Bernardo Silva’s pass and moved past Dawson before scoring with a brilliant shot.

Man city managed to hold on to the lead despite Robson-Kanu hitting the post in stoppage time.

Manchester City manager Pep Guardiola hopes Ilkay Gundogan’s injury is not as bad as feared after the midfielder hurt his knee in the 2-1 League Cup victory over West Bromwich Albion.

“I think not serious, it’s not eight months, but a little injury. Unfortunately the action was tough. He will be back soon hopefully,” Guardiola said. 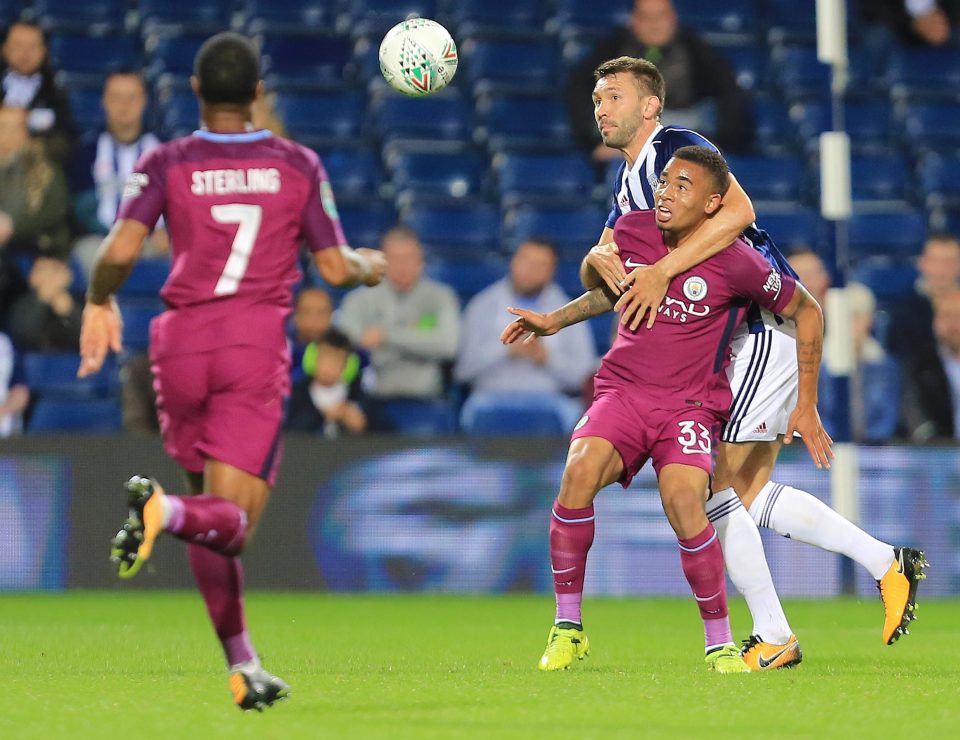 “Tomorrow he will take a test to see exactly what it is. The physio and doctor told me it’s not big issue.

“I suffered for Gundogan, when he was on the grass, in that moment. You cannot imagine what it’s like for eight months, every day alone or just with the physio not in the locker room.

“In that moment it was so tough but of course that’s football. He was okay, he had a little bit of pain in his knee but tomorrow we are going to see and clarify what it is.”