Serie A is back 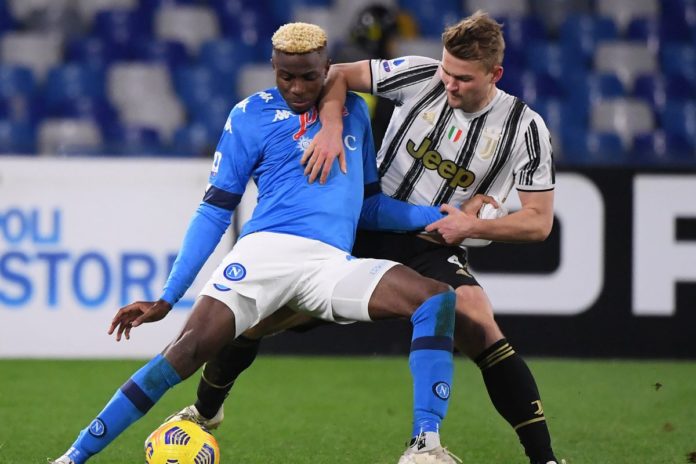 The Serie A returns on Thursday after the winter break with a top ticket fixture as Juventus host Napoli in Turin. The hosts currently lie fifth in the table, recovering from a disastrous start to the campaign to put themselves back into contention for a Champions League spot.

Their last match before the break was a 2-0 win against Cagliari, their fifth win in the last six matches. The result meant that Juventus finished the first half of the season just four points behind Atalanta in fourth.

The winter break gave Napoli some much needed relief with Luciano Spalletti’s side struggling for form and fitness. They suffered a 1-0 loss to Spezia in their last match, their third defeat in the last four games.

If the Neapolitans can recover their early season form, then they could mount a title challenge with the gap to the top currently being seven points. Juve could come to within two points of Napoli with a win, and thus the match could define either team’s season.

Juventus have a problem in defense with Giorgio Chiellini ruled out following a positive Covid test over the Christmas break. Leo Bonnucci is also a doubt after missing training yesterday with a muscle problem.

Full-back Danilo is also ruled out with a muscle tear while Arthur is also positive for Covid. Aaron Ramsey remains a doubt, having not played since late October.

Napoli too are suffering from multiple positive Covid cases with Kevin Malcuit, Hirving Lozano, Eljif Elmas & Victor Osimhen all ruled out. They will also be without their African contingent of Kalidou Koulibaly, Andre Anguissa, and Adam Ounas who have departed for the AFCON tournament.

📌 Eljif #Elmas has tested positive for COVID-19 after taking a PCR test in Macedonia last night before returning to Italy. The player, who is vaccinated and asymptomatic, will now isolate at home. pic.twitter.com/UthQkSjveW

Mario Rui is suspended for the match due to yellow card accumulation.

Massimiliano Allegri’s Juventus have found goals very hard to come by this season – they are the lowest scoring side in the top half of Serie A. They need Alvaro Morata to step-up soon, especially against the league’s stingiest defence in Napoli.

Morata has just five goals in the league this season but his physicality will be useful against Rrahmani and Jesus. The Old Lady need a focal point of attack and the Spaniard is their best bet.

For Napoli, the key man is Piotr Zielinski. He has five assists to his name and has been the creative force of the side. Against a make-shift Juve defence, Zielinski will be looking to exploit the space on the wing and combine with the rest of the attacking line.

The Pole’s pace, ball carrying and ability to beat his man will be key to Napoli’s attacking efforts.

Juventus come into the match in good form on paper and Napoli have a depleted side. However, the two week break takes form into the equation and the fact that Spalletti has a system that works well is important. This could be the resurgence of Napoli and FootTheBall predicts the Neapolitans will come out on top, Juventus 1-2 Napoli.