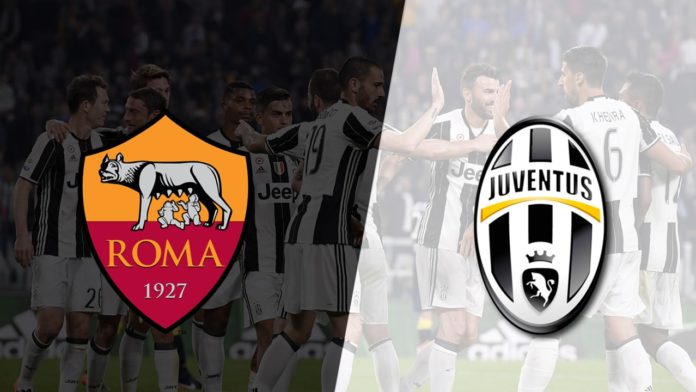 Jose Mourinho’s Roma host Juventus on Sunday in the Serie A as both sides look to kick start their attempt to secure Champions League football next season after disappointing results in midweek.

Hosts Roma were well-beaten by AC Milan and finished the game with nine men as Rick Karsdorp and Gianluca Mancini were sent off. Milan put three past Roma and also missed a penalty, a disappointing performance from the capital side.

Juventus were involved in an entertaining draw with Napoli on Thursday night. Federico Chiesa’s second half strike earned them a point but the Old Lady missed out on a chance to close the gap to the top four.

Juve currently lie in fifth place while Roma are three points behind in seventh. A win would see Roma leapfrog their opponents in the Serie A table.

Roma will be without Mancini and Karsdorp who will be suspended following their dismissals in midweek. Borja Mayoral tested positive for covid and will miss the match while Amadou Diawara and Ebrima Darboe are on international duty with the AFCON starting on Sunday.

Karsdorp picks up a second yellow card and is dismissed.

Paulo Dybala and Federico Chiesa returned from injury for Juventus against Napoli but their concerns remain in defence. Captain Giorgio Chiellini is still ruled out due to a positive Covid test last week but Leo Bonucci might return to the bench after missing the last game due to muscle fatigue. Ramsey and Danilo remain unavailable for Massimilaino Allegri.

Roma’s main man this season has been striker Tammy Abraham and he will have to be at his best once again against a good Juventus backline. He has 10 goal contributions (7 goals + 3 assists) in the Serie A so far, being involved directly in nearly one third of all goals scored by the Giallorossi.

Abraham’s all round play has been exceptional this season, and he serves as the focal point of all Roma attacks. His ability to hold up play, combined with his pace to run in behind makes him a very tricky customer to deal with and he will be the main threat for Mourinho’s side.

Federcio Chiesa was Juventus’ best player against Napoli. He dropped into space smartly and drove at the defence which allowed him to rack up eight shots over the match. He will be looking to do the same against Roma.

Chiesa’s strengths also include linking well with the rest of the attacking line. He connected well with Morata and also with McKennie who made exceptional runs from deep. Juventus have a good fluid attacking line but their problem has been putting the ball in the net.

Roma have stuttered all season while Juventus seem to be hitting form. They had five wins from six before the break and they looked dangerous against Napoli as well. Mourinho’s side look a bit of a mess and have not yet found their best system and so FootTheBall predicts an away win, Roma 1-3 Juventus.