Should Zika Really Stop You Going To The Rio Olympics? Here Are The Facts 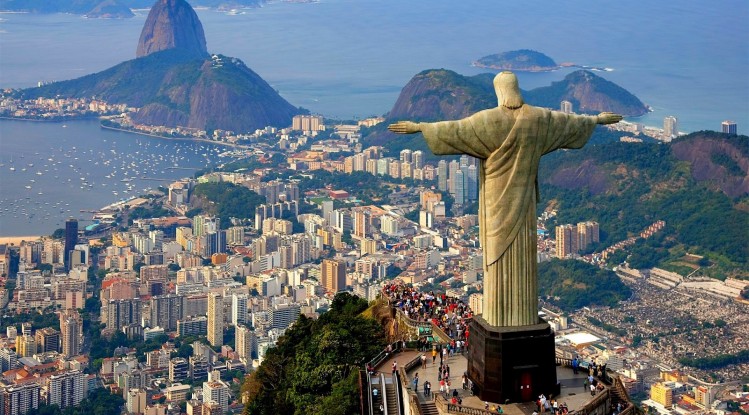 Over 200 academics from around the world have now signed an open letter to the Director-General of the World Health Organisation (WHO) calling for the Olympics and Paralympics in Rio de Janeiro to be postponed or moved to another venue, owing to the threat posed by the ongoing Zika virus pandemic.

The evidence concerning Zika virus so far, however, does not justify this course of action. The RioOlympicsLater.org authors misunderstand the nature of Zika virus, its history since its discovery in 1947, and also the relative risk posed by Zika virus versus other risks affecting any large event in a tropical country.

The letter begins by referring to the movement of the 2003 Women’s World Cup from China to the USA owing to the outbreak of SARS, and the disruption of the African Cup of Nations schedule during the Ebola epidemic. Neither of these is, however, a valid comparison.

Both SARS and Ebola were high-mortality diseases. Also, SARS was a completely new pathogen. Mortality in Zika is very low, and where deaths occur they are often due to complications of Guillain-Barre Syndrome rather than a direct result of the virus’s usual symptoms.

The real concern with Zika is microcephaly and other damaging effects on foetuses via infection in pregnant women. But the authors’ statement that “Zika virus harms health in ways that science has not observed before” is not correct. Recent experiments on laboratory mice, on brain organoids (small balls of nervous cells that have some of the structure and properties of developing brains) and in brain tissue culture, as well as detailed observation of the signs and symptoms of Zika-associated microcephaly in foetuses and infants, show that Zika can be categorised with other TORCH-syndrome pathogens.

TORCH is an acronym for “TOxoplasma, Rubella, Cytomegalovirus, Herpes”, all agents which cause similar defects in foetuses when the mothers are exposed in pregnancy. Zika is the only TORCH-like pathogen that is spread by mosquito bites, but based on what we have seen so far, there is no reason to think that Zika is particularly virulent. If one insists on drawing comparisons with other diseases, Zika is not the new Ebola, but the new rubella.

The letter also claims that “most of South Asia and Africa” are “as yet unaffected places”. That is not true either. Many studies, going back to the 1940s, have shown that humans, and often also monkeys, in several African and Asian countries have antibodies to the Zika virus, and we have direct evidence of Zika circulating in both West Africa and South East Asia within the last ten years. These studies need to be repeated to determine the current levels, but it is very likely that many parts of the tropical world have already seen Zika virus in the past and there will probably be considerable herd immunity to the local Zika variant in the human population.

Will that previous exposure be protective against more exotic strains of Zika? The likely answer is “yes”. The Brazilian and African varieties of Zika are about 12-13% different in terms of the genetic variants accumulated since their last common ancestor. The corresponding figure for yellow fever virus, another member of the flavivirus family that includes Zika, is just under 22%. Yet a single yellow fever vaccination will protect against all variants of yellow fever and for a long period of time, so it would be very unusual if exposure to African or South-East Asian Zika did not similarly generate immunity against Brazilian Zika.

Brazil has many of the typical diseases found in the tropical world, including malaria and dengue as well as levels of HIV about three times higher than the UK. These are things that travellers and athletes need to prepare for. All are clinically more serious than Zika, but none has been proposed as a reason to cancel the event.

There is no major event that is ever 100% safe, and that especially applies to major events in tropical countries. When Zika is seen as it should be, as an insect-borne rubella-like agent, the proper perspective for prevention becomes evident.

Pregnant women, those planning pregnancy and those predisposed to Guillain-Barre syndrome perhaps would be best advised to stay away. Other groups simply need to monitor their health carefully during their visit, use insect repellent and avoid risky sexual behaviour – and thereby also reduce their risk of catching HIV in the process.

The travel advice for the topics has not changed much because of Zika, unless you are pregnant or starting a pregnancy soon. The one new important point is that all travellers should abstain from unprotected sex for 60 days following their return, since a Zika infection often does not have symptoms. Everyone who has been in a Zika area needs to assume that they may have been infected.

More importantly, all travellers with a fever or rash, or both, during or after their trip need to go to their doctor. But the first test will be for malaria rather than Zika, because the really important and dangerous tropical diseases must take priority. If these principles are observed, there is no reason why the Olympics cannot take place.

(THE AUTHOR, DEREK GATHERER, IS A LECTURER, LANCASTER UNIVERSITY. THIS ARTICLE WAS ORIGINALLY PUBLISHED IN THE CONVERSATION.)