PUT YOUR MOUTH WHERE THE MONEY IS 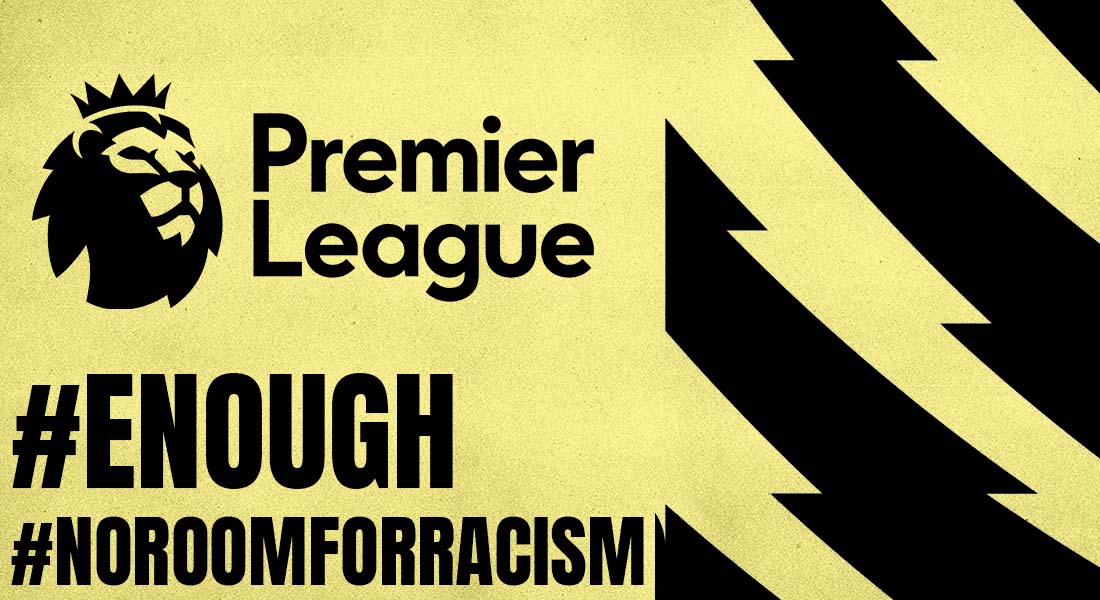 After the announcement of the Premier League, English Football League and Women’s Super League on Saturday to boycott social media for four days starting from April 30, the Professional Footballers’ Association has called upon players’ sponsors to join the protest. In a letter to its members, the PFA wants the players to communicate their message of social inclusion and harmony to a much larger and global audience.

"With a collective voice, we can hold social media companies to account and send a powerful message to a global audience – abusive behaviour is unacceptable."

English football will unite for a social media boycott #Enough

They will be joined by a number of club associations, unions, charities and even the Professional Game Match Officials Limited (PGMOL). Sky Sport and BT Sport are also in discussions to join this movement.

Players across leagues have seen a sharp rise in racist, xenophobic, and discriminatory messages being sent to players especially after certain bad performances or their teams not playing. Even the aftermath of the European Super League debacle saw club executives being targeted in this manner.

We can all play our part in removing online abuse.

Together we can make it clear that there is #NoRoomForRacism pic.twitter.com/5Ev5dhJIEW

The boycott follows a similar one staged by Championship club Swansea City three weeks ago which had also been followed by rivals Birmingham City and Scottish Champions Rangers.

Arsenal legend Thierry Henry had earlier quit social media stating that the bullying is too intense which deteriorates mental health. Liverpool had taken a similar stance where they called for an end to social abuse after Trent Alexander-Arnold, Naby Keita and Sadio Mane were targeted.

Now, the PFA wants players’ sponsors to join the blackout as well and want them to not post any content featuring the football stars during the blackout period. This period will include top billed matches such as the clash on May 1 between Liverpool and Manchester United.

Since Project Restart, players and match officials had been taking the knee to show solidarity with the ‘Black Lives Matter’ in response to the spate of attacks on black and coloured individuals across America.

Campaigns such as #StopOnlineAbuse by Arsenal and Manchester United’s “See Red” have also urged fans to stop and help stop this blot on the beautiful game.

HOW DID IT COME TO THIS?

Marcus Rashford, Tyrone Mings, Heung Min-Son, the Liverpool trio, Georginio Wijnaldum, Wilfrid Zaha among many, many others have faced abuse and racist comments on social media for quite some time.

There have been calls by the UK government and several officials have threatened social media companies with “large fines.” Recently, Instagram announced a tool to enable users to filter out abusive messages from unknown sources on the platform.

Our new online safety laws hold social media companies to account for tackling it, with large fines if they don't.

I've met footballers to help shape these laws. By working together we will stop this.

The anonymity provided by social media has long been said as a key factor in propagating the abuse with law authorities often getting involved in apprehending the culprits. But this is few and far in between as this torrent of abuse can only be well countered by Big Tech.

Premier League chief Richard Masters:  “Racist behaviour of any form is unacceptable and the appalling abuse we are seeing players receive on social media platforms cannot be allowed to continue.”

Trevor Birch, EFL Chief Executive: “EFL clubs have expressed a clear desire to take a united stand against abhorrent racist, discriminatory, and threatening abuse on social media platforms which we fully support alongside the rest of the football family.”

Sanjay Bhandari, Kick It Out chairman:  “Social media is now sadly a regular vessel for toxic abuse. This boycott signifies our collective anger at the damage this causes to the people who play, watch and work in the game.”

David McGoldrick, Sheffield United striker: “The Super League got cut off in 48 hours, why is racism on the back foot? It is bigger in my eyes.”