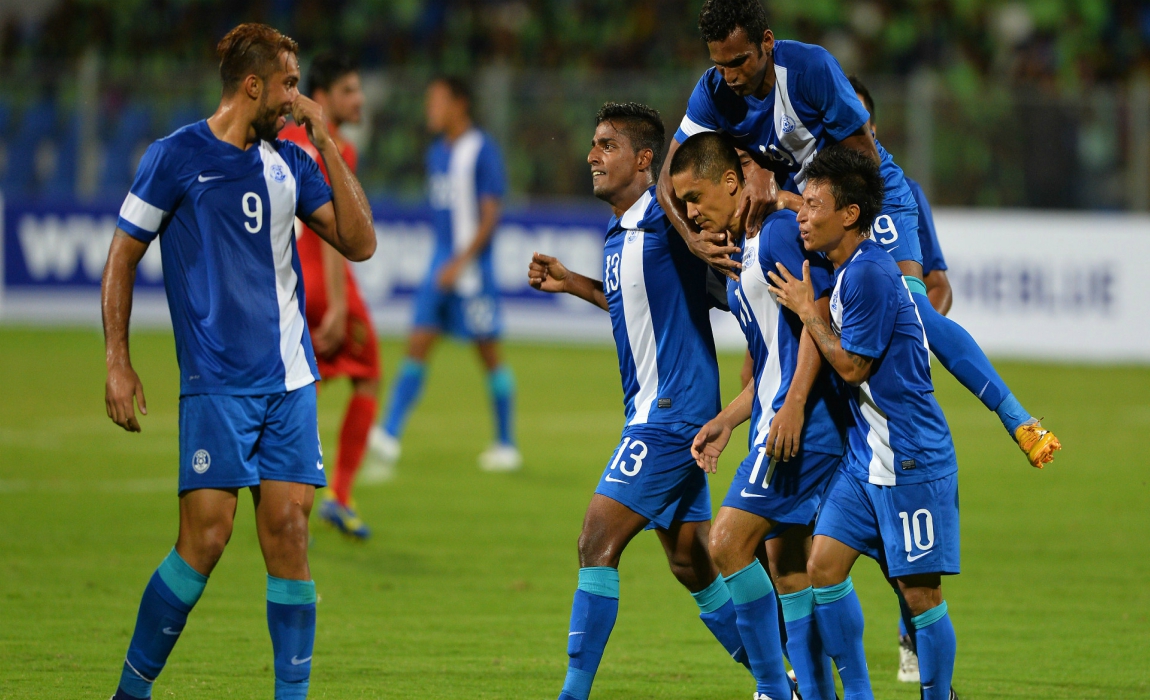 India’s football captain Sunil Chhetri surpassed Wayne Rooney in leading goal scorers in the world after his goal against Kyrgyzstan in AFC Asia Cup on Tuesday. He now has 54 International goals next to his name while Rooney sits at 53. 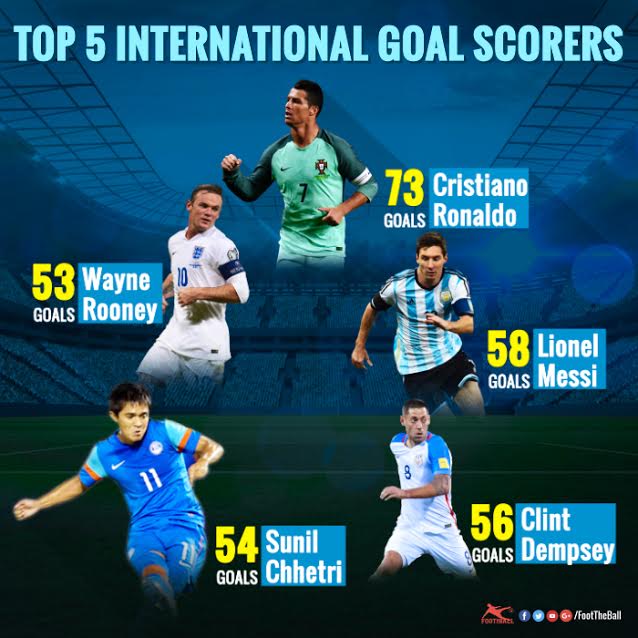 Sunil Chhetri became the fourth highest active International player on Sunday after his goal against Kyrgyzstan.

The Blue Tigers’ captain scored the only goal in the qualifier in the 69th minute which ensured India sat at the top of the Group. He made a brilliant run, dribbled past the defence, returned it to a waiting Jeje who fed a decent ball for his skipper. Chhetri, who was waiting in the area, produced a spectacular goal to give India the lead. 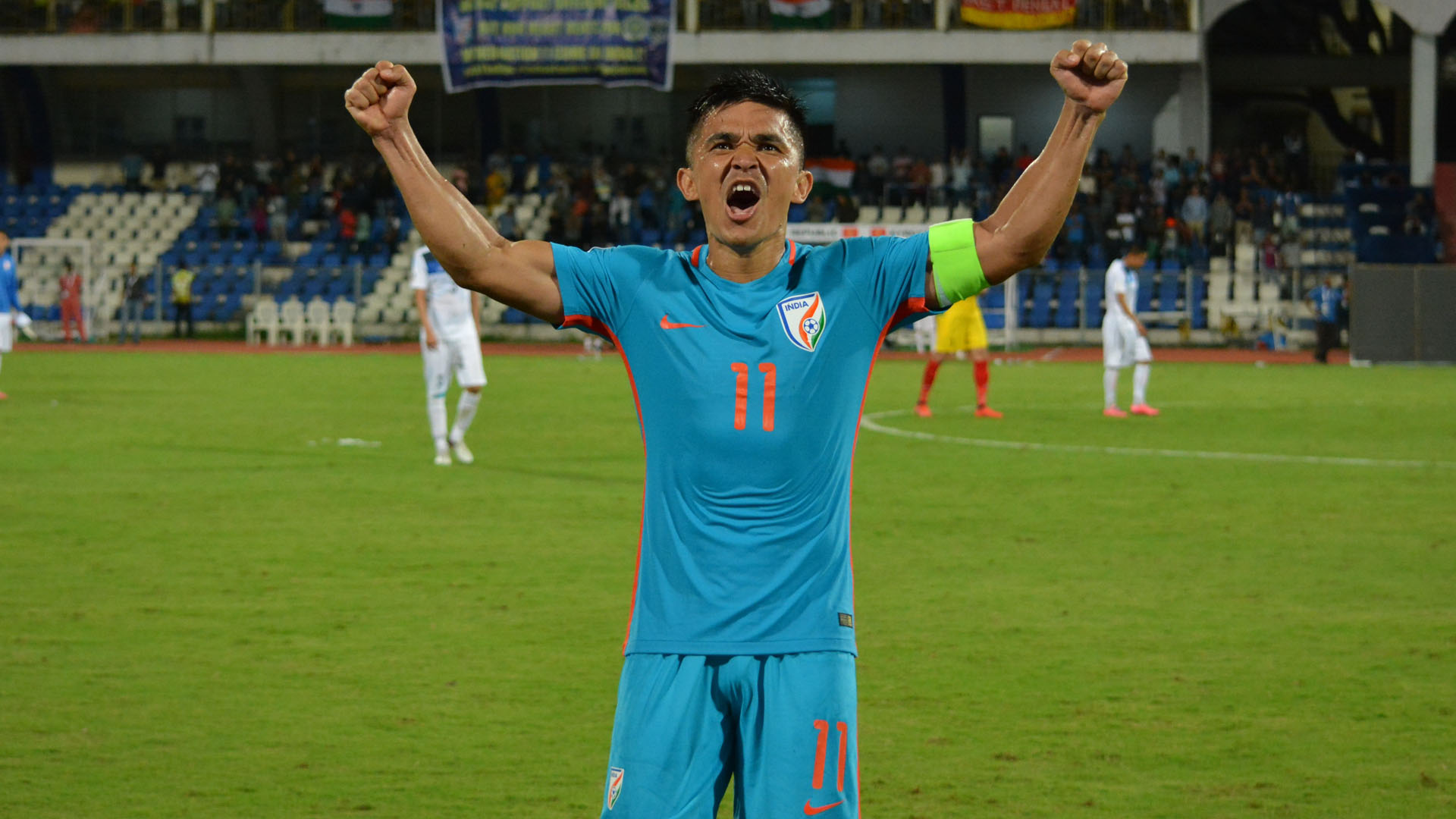 The goal was his 54th strike for India. Only football legends Cristiano Ronaldo of Portugal, Argentina’s Lionel Messi and American Clint Dempsey stand ahead of the 32-year-old Chhetri.

While Ronaldo is the current leading goalscorer with 73 goals, the Real Madrid star is followed by rival Messi with 58 goals. With two more goals, Chhetri will stand par with Demsey to become the the highest active scorer only after the two legends Ronaldo and Messi. 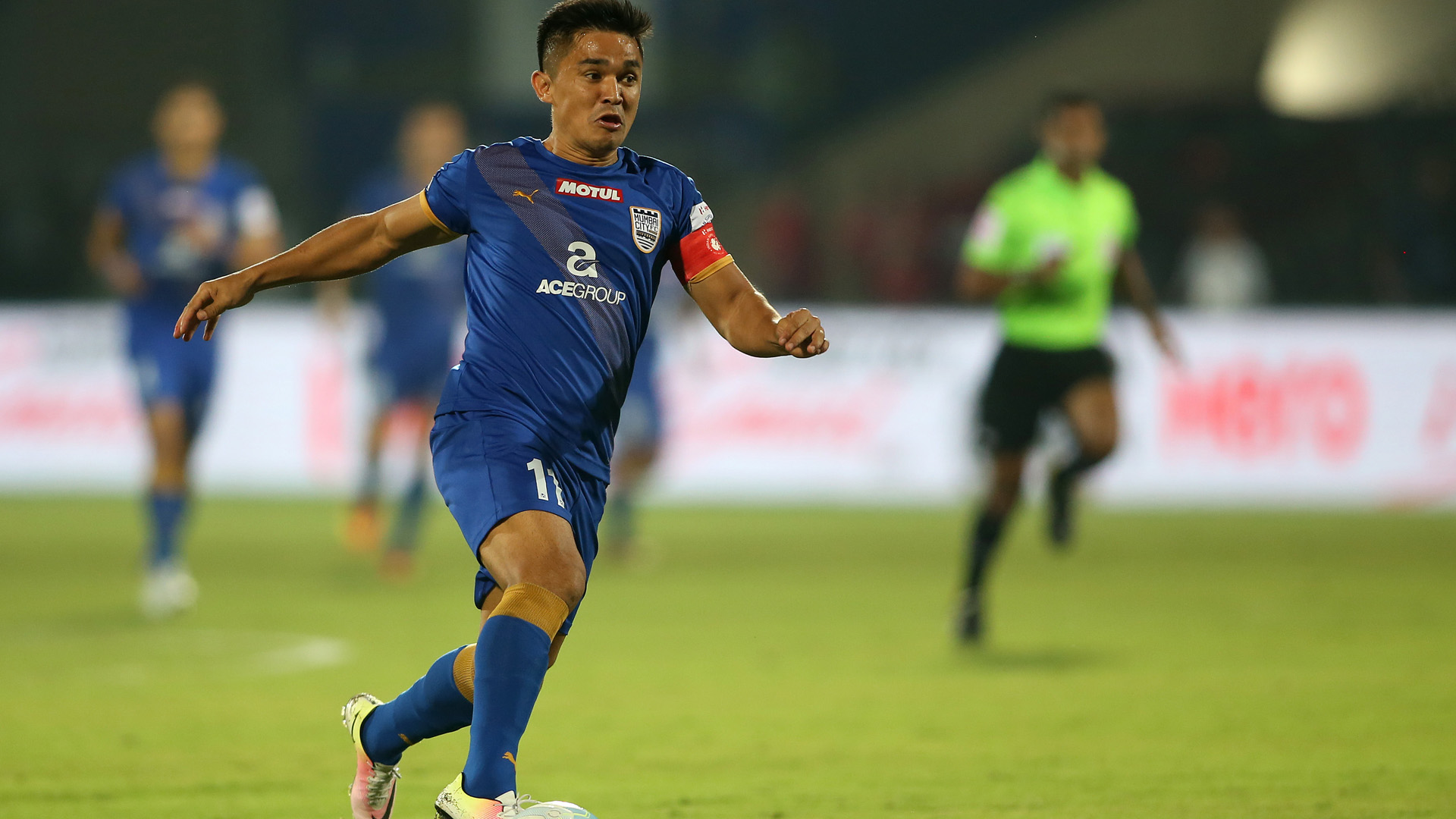 Under coach Stephen Constantine, India have also improved their FIFA rankings to stand in the top 100 for the first time in 21 years.