Bayern’s Muller Ruled Out For 3 Weeks With Thigh Injury 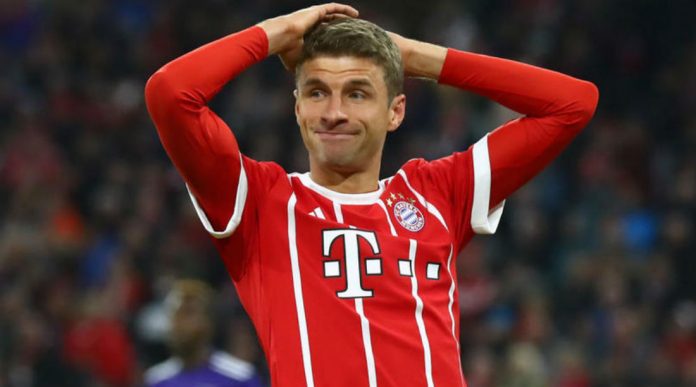 Thomas Muller will be sidelined for three weeks after suffering a thigh injury, Bundesliga giants Bayern Munich announced in an official statement on Monday.

The Germany international sustained a torn muscle in his right upper thigh in Saturday’s 1-0 victory over Hamburg and will be unavailable for around three weeks. 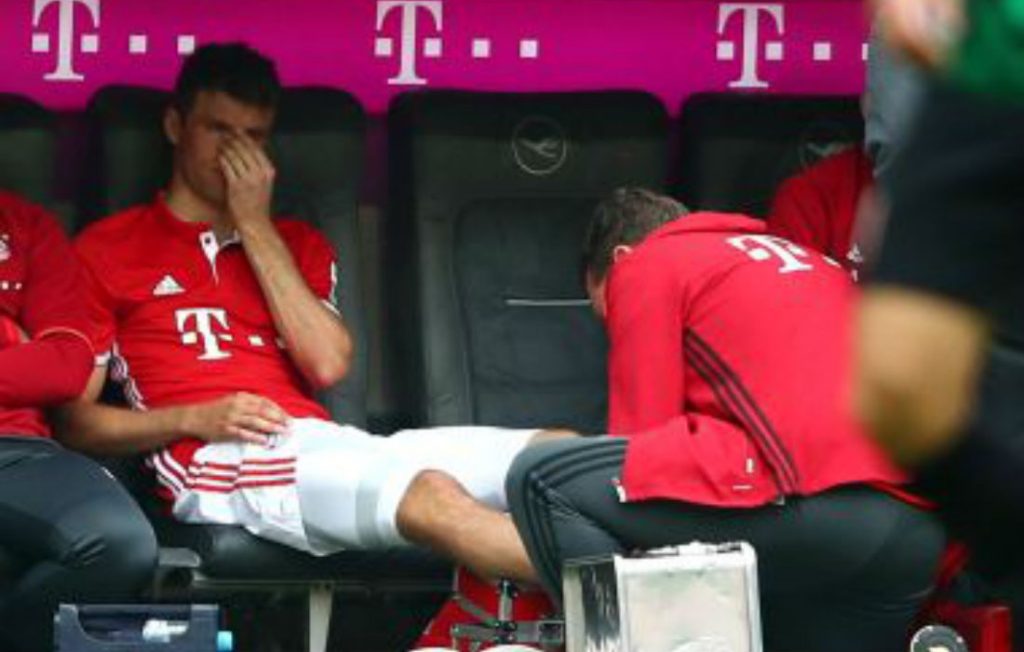 Muller was fielded in the 46 minute and assisted Corentin Tolisso for the only goal of the match before he was taken off ten minutes later.

As a result, Bayern will be without one of their key performers in crucial weeks. Muller will miss two games against Leipzig, in the German Cup and in the Bundesliga. He will also miss the UEFA Champions League match against Celtic.

The 28-year-old striker joined Bayern as a youth player in 2000 before he made his breakthrough into the first team. Muller made overall 298 appearances and provided 104 assists and 112 goals. 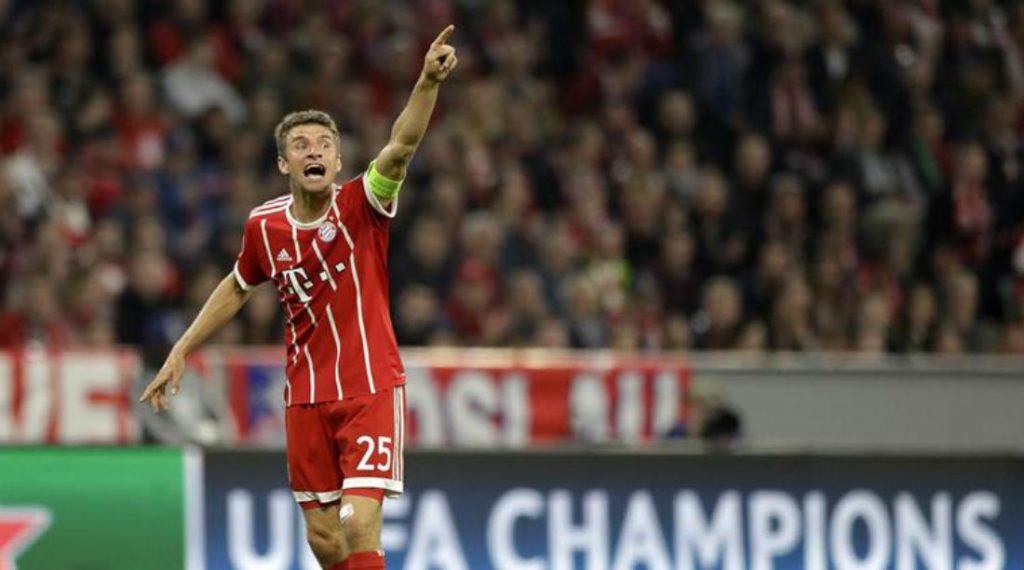 His performances on the pitch earned him spot in Germany’s national team where he made his senior debut in 2010 to mark 37 goals in 89 international caps ever since.

Bayern Munich sit currently on the 2nd place of the Bundesliga standings. They are equal on points with front-runners Borussia Dortmund but they have a weaker goal difference.