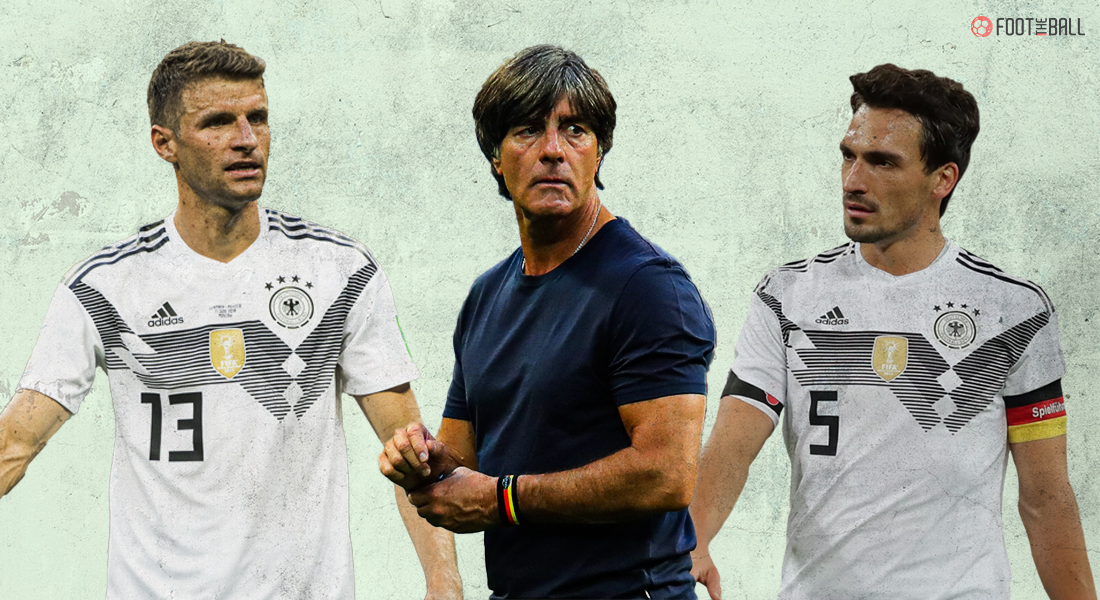 Thomas Muller and Mats Hummels have been recalled to the German squad by Joachim Loew for the Euro 2020. It was Joachim Loew who shunned the veterans from the national team after the 2018 World Cup debacle in Russia. Loew would hope to utilize the services of two senior statesmen whom he previously trusted immensely to help him win the group of death at the Euros.

Thomas Muller and Mats Hummels are enjoying impressive campaigns with their clubs in the Bundesliga this season. Muller broke the record for most assists in a single season in the Bundesliga in the previous season with 21 assists. He has an impressive return of 11 goals and 18 assists this campaign too.

Hummels on the other hand has been close to his personal best. The tall centre-back has been injury-free and finished 30+ games in each of the last two seasons. Their impressive form was noted by Loew who included the pair in his 26 man squad. The boss dropped hints for a Muller and Hummels recall.

World Cup 2018 in Russia was a transitional year for the Die Mannschaft. The team had a mix of young blood and senior heads. Entering the tournament as defending champions they were in firm contention for the title again.

The tournament turned out to be a disastrous one for the German contingent as they were embarrassingly knocked out of the group stages. They lost their opening and closing fixtures to Mexico and South Korea respectively to seal their fate at the mega event.

Two main factors that should’ve boosted Germany have dragged them down surprisingly. The gelling of the team didn’t take place properly and the German machine failed to perform. German legend Oliver Bierhoff explained that Loew tried to shape the team in a youthful mold but it didn’t work out.

He felt that to make room for the youngsters the seniors had to leave. Muller, Hummels and Jerome Boateng felt the heat as they were axed from the squad since 2019. Loew had time to reshuffle his strategies with the young Germans.

Loew’s plan of making it work with the youngsters sort of backfired. The Die Mannschaft had a moderate Nations League campaign. They were battered 6-0 by Spain recently. The draw for the Euro 2020 didn’t help either. They were paired with the defending champions Portugal, France and Hungary in Group-F.

Muller was back to his creative best in the Bundesliga and was wreaking havoc. Hummels helped his Dortmund side admirably in a rocky campaign. Loew loved the idea of using their experience at the Euros to navigate a tricky group. He was already dropping hints of picking them and finally included the pair in his 26 man squad for the Euros. Jerome Boateng was left disappointed as he wasn’t recalled to the national team.

The 26 man squad also included Bayern Munich’s wonderkid Jamal Musiala who pledged his allegiance to Germany over England. Germany will face France in their group opener at the Allianz Arena on 15th June. Joachim Loew will step down as the German coach after the Euros as announced earlier. The outgoing coach would love to win one more title with his national side with Muller and Hummels who have been recalled.