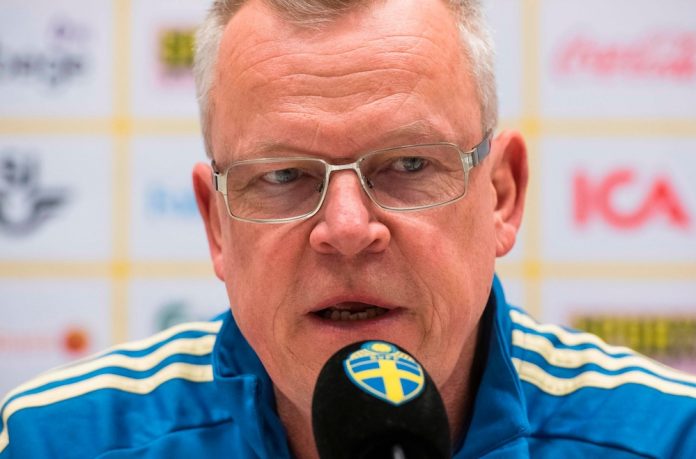 Teamwork and unity are the secrets of Sweden’s success at the 2018 World Cup, Sweden coach Janne Andersson said in his official press conference ahead of Saturday’s quarterfinal against England.

Sweden’s presence in the last eight of the World Cup may surprise some, but people should remember that Andersson’s team finished ahead of the Netherlands in qualifying before beating Italy in the play-offs, while only a 95th minute goal condemned them to defeat against Germany in their second group match.

“We are a team and we are all happy to be here,” said Andersson, who explained that his players have now spent 45 days together.

“It’s incredible how we are as a group. Some players are not playing much and they have still made a big contribution to unity and in fostering a good atmosphere,” he said.

“I think you could say we are easy to analyze but difficult to beat, we don’t have any major surprises, but we are strong in our beliefs and that makes us hard to beat and the loyalty we have in the squad and our idea of playing really delights me,” continued the Swedish boss.

Andersson was asked if Sweden had practised for a possible penalty shootout and he responded that his side had prepared everything.

“I believe in being thorough in all preparations, so we have prepared how to deal with extra time or a penalty shootout: we know who is going to take penalties.”

The coach added, “We have played a number of big games this year and we have the same procedure for every game; we have good procedures in place and good habits.”

He expected Saturday’s game to be decided by various factors, but highlighted the importance of set pieces, and also explained he had developed his love for the English game during the 1970’s.

“In the 1970’s, growing up with Swedish TV, we watched English football and they only showed one game a week. I was always a big fan of English football. I remember watching Kenny Hibbitt’s long shots with Wolves and muddy pitches. I grew up with it, it was like my second football nation and it’s a great feeling now to be leading Sweden against them.”

“Football is very different now and this is not the England I grew up with, but they still have that fighting spirit,” added Andersson.