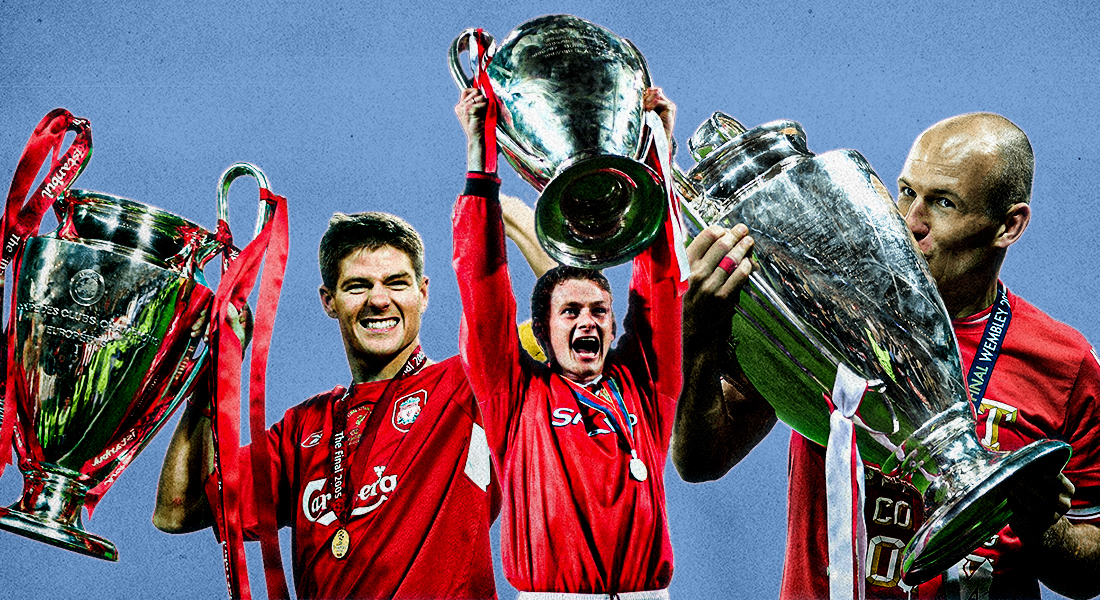 THE TOP TEN UEFA CHAMPIONS LEAGUE FINALS OF ALL TIME

The UEFA Champions League is considered as the most important and best club competition in the world. During the season-long competition, the most prestigious clubs from different leagues around Europe compete for the title of European champions.

The competition has had its fair share of fantastic finals since it was revamped in 1992, and has presented us with countless memories to cherish and share stories about. Several finals have been contested in the history of the competition. However, these are the ten best UEFA Champions League finals that have remained in the public’s memory.

The two teams that were pitted against each other demonstrated why this was one of the most critical UEFA finals in history. This rivalry saw the participation of two of Germany’s strongest teams in the final for the first time in the history of the competition. Their quality of football were highly equal, and both sides were in a hot form of run. 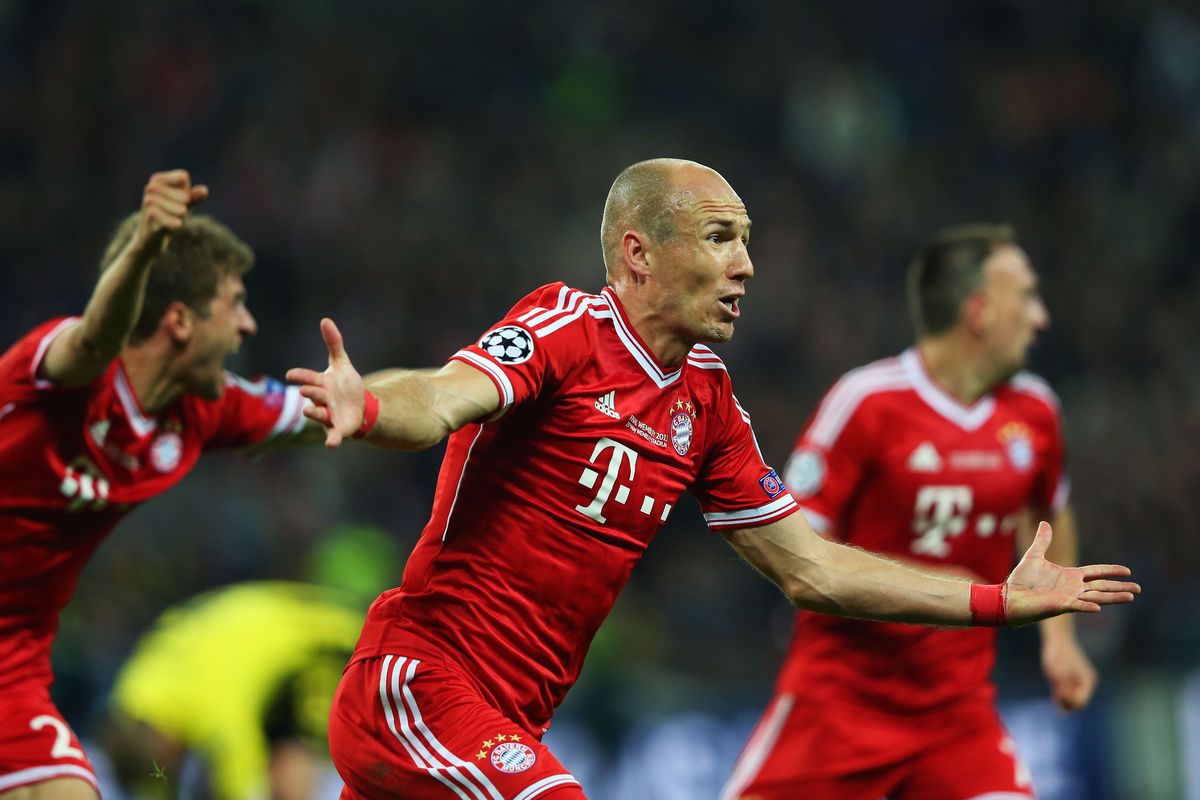 Both advanced to the finals, where they defeated the world’s strongest sides. In the semifinals, Borussia Dortmund defeated Real Madrid, while Bayern Munich destroyed Barcelona 7-0. The general public had high hopes. 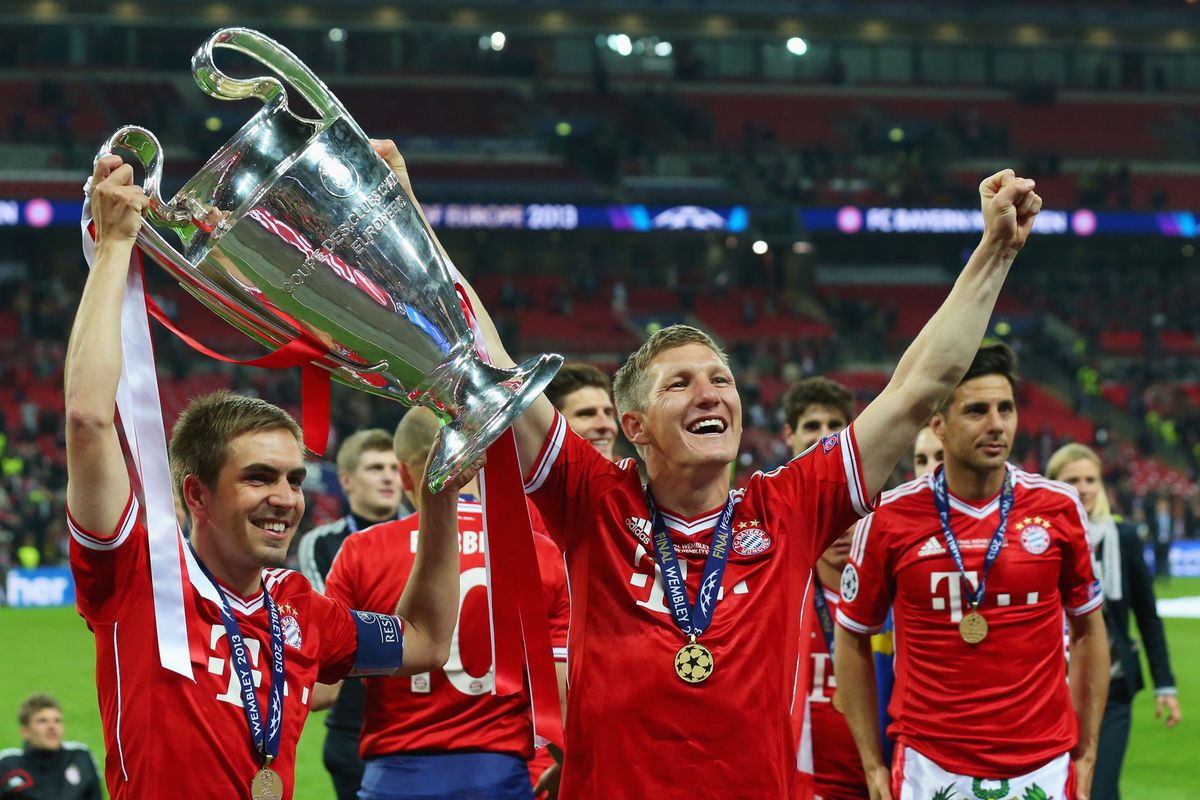 The brilliant Bayern Munich team prevailed 2-1 in an incredibly close final. Bayern took the lead in the 60th minute through Mandzukic. However, after just 8 minutes, Borussia levelled the game with a penalty kick. Arjen Robben emerged as the hero and scored an excruciating goal at the end of the game, giving them the Champions League triumph and securing a treble.

This was Dortmund’s second appearance in the UEFA Champions League. Juventus, on the other hand, arrived at their finest football time with an outstanding squad. Everyone expected Juventus to win easily, but the Germans weren’t really going to just let them. 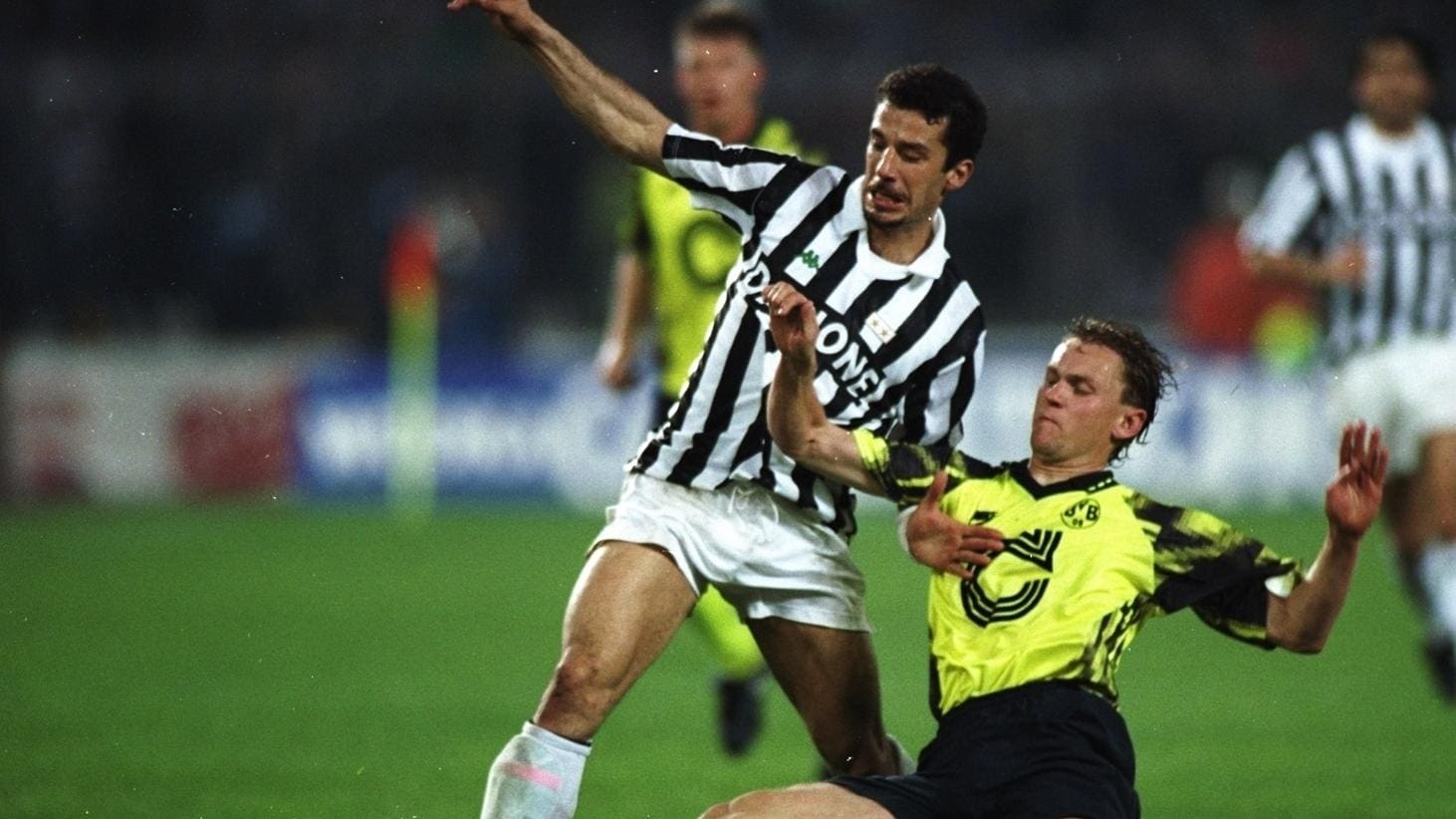 The final of 1997 was among the most spectacular and unexpected in history. Both supporters of this sport were taken aback by the game’s outcome. Nobody could imagine what the German team had accomplished. Nobody in the crowd could comprehend what was taking place on the ground. Borussia Dortmund had established themselves at the Olympiastadion and were demonstrating solid performance. Juventus had little possibility of gaining control of the ball. 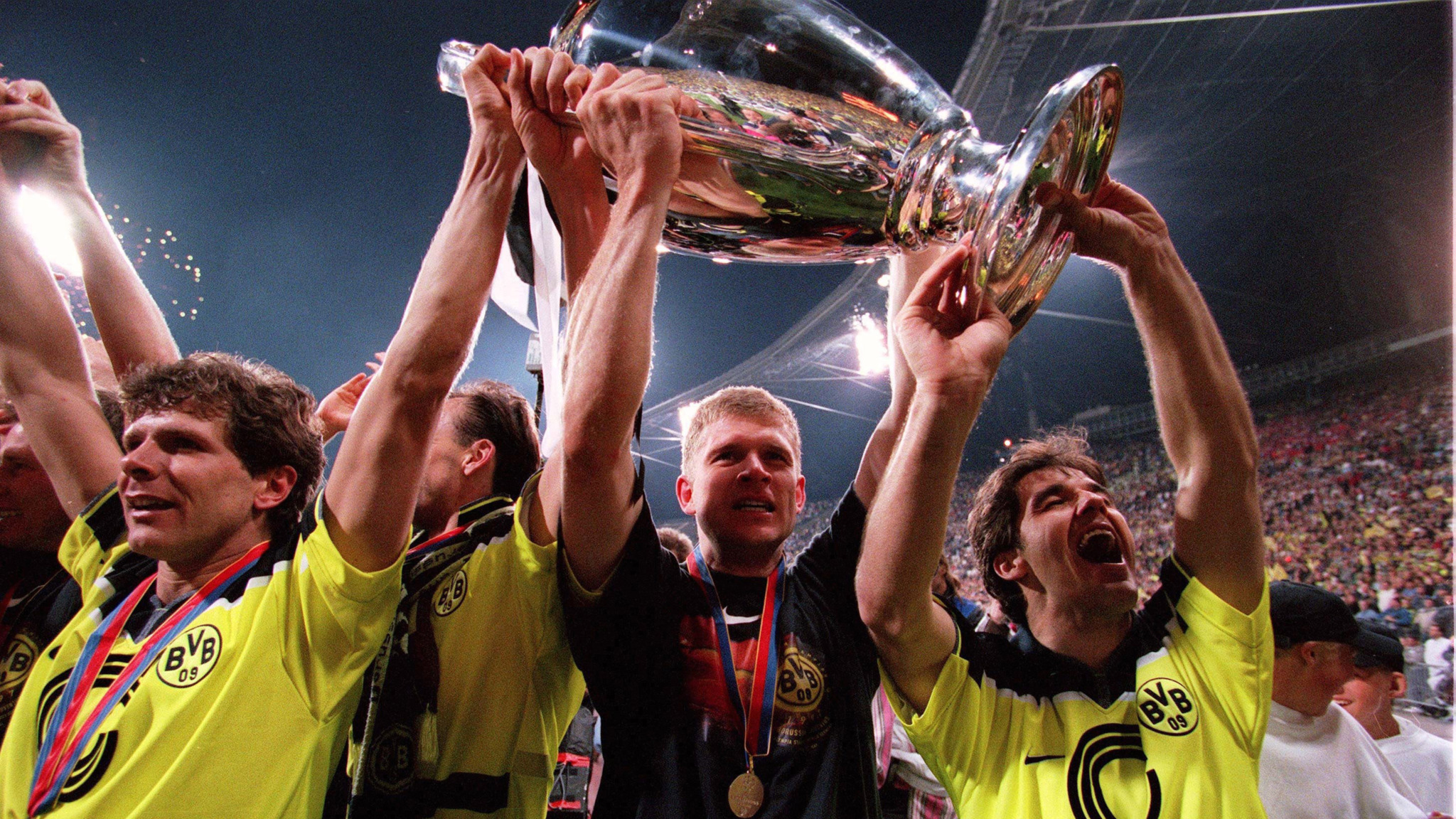 Dortmund went 2-0 up in the first half and never looked back. Following the effect, Juventus got a goal that served no purpose. Finally, the Germans prevailed 3-1 in one of the most exciting UEFA finals in history.

In this list, again we have two very well-known squads. This rivalry seems to be bound to produce incredibly near finals between  them and similar was the case in 2008 Champions League final as well.

The Manchester United squad for the 2008 Champions League final:

With two of the strongest English football teams playing in the final clash, it was natural that this would be a battle. However,  Nobody expected the game to be as entertaining as it was. The suspense was kept up to the very end.

A champion could not be determined in the first 90 minutes of the game. The game was highly thrilling, with both teams launching relentless attacks, resulting in a 1-1 tie after extra time, with Ronaldo and Lampard scoring for their respective clubs.

The Red Devils won on penalties after a lengthy round that finished 6-5 in Manchester’s favour. This final established itself as one of the most entertaining and thrilling matches in the competition’s history.

Barcelona supporters will never forget the 2006 UEFA Champions League final. When everything for FC Barcelona appeared to be doomed, the unthinkable happened.

🔝 Who was your man of the match❓@FCBarcelona | #MondayMotivation | #UCL pic.twitter.com/ocrXZRhWXp

Barcelona weighed themselves against Arsenal in a close contest. The English team’s fortunes were not in their favour. 18 minutes into the first half, they were shown a red card, leaving them with 10 players on the field.

Despite being a man down, Arsenal went on to score a goal that set them ahead on the board. Following this goal, they began to defend against Barcelona’s relentless attacks. 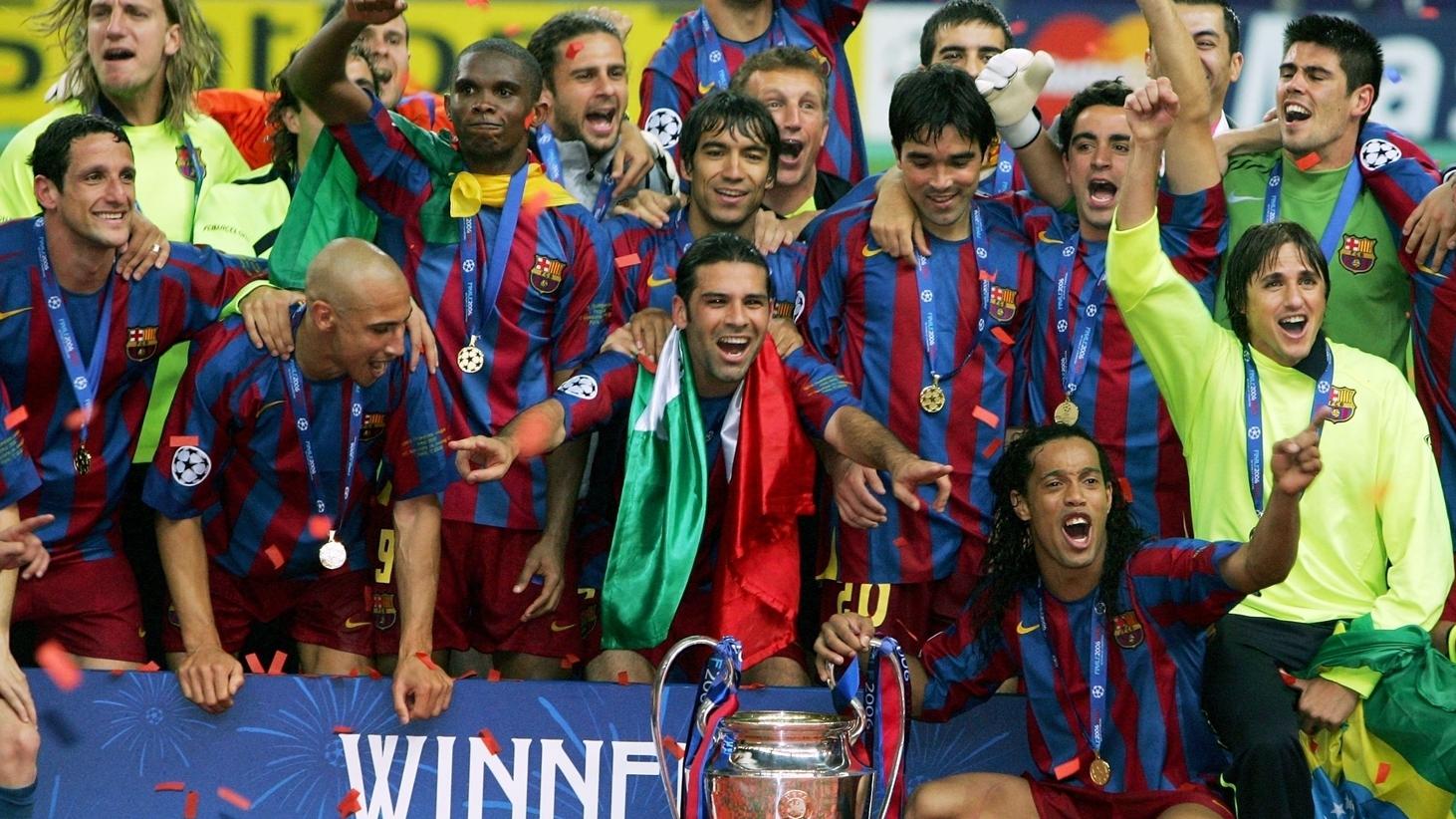 Barca were better than ever in the final minutes of the game, when it appeared to be irreversible. Henrik Larsson came on for the Azulgranas and provided two crucial assists, allowing Barcelona to emerge victorious. In one of the most exciting UEFA Champions League finals, the Spanish side prevailed and won the title by a score of 2-1.

Any Barcelona supporter who witnessed this final will be extremely proud of their side. Manchester United and Barcelona reached the final after defeating Schalke and Real Madrid, respectively. The Blaugranas controlled the match straight away, with 68 percent possession and Pedro scoring their first goal.

United struck back and equalised seven minutes later via Rooney. This did not stop the Catalan behemoths from exerting their powers and scoring additional goals. Barcelona maintained the pace of the game in the second half, scoring a second goal through Messi and then the third goal through David Villa. 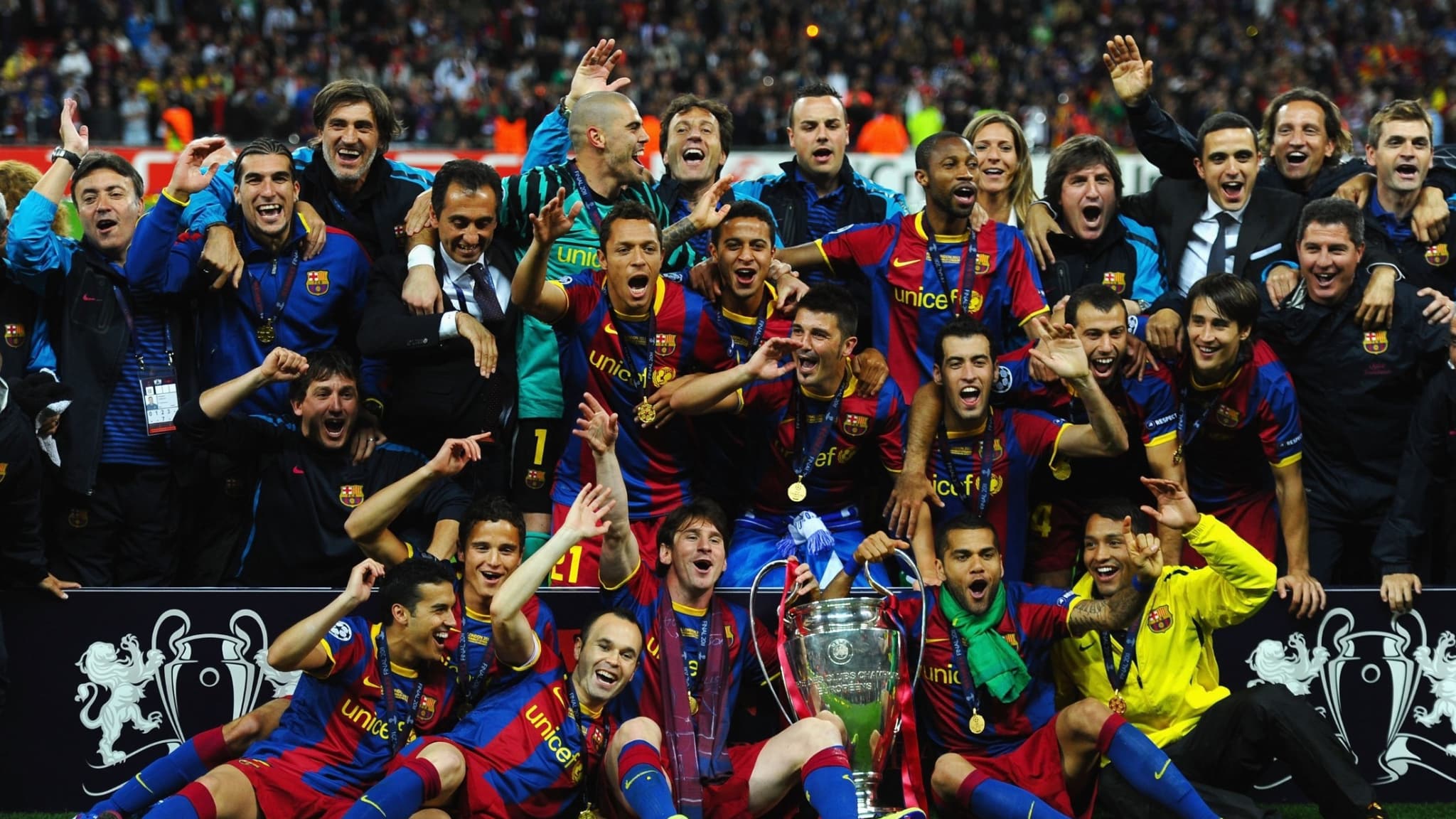 Messi was in charge of making all of the offensive plays. The Red Devils were unable to avoid the Argentine striker. Barcelona took advantage of Messi’s high standard and won the UEFA Champions League.

Heading into this contest, Roberto Di Matteo’s Chelsea were the obvious underdogs, with Jupp Heynckes’ Bayern Munich one of the strongest sides in the World at the time.

The Bavarians dominated for most of the game, thanks to the excellent play of their star wingers Arjen Robben and Franck Ribery. Their supremacy resulted in Thomas Muller scoring in the 83rd minute, and Bayern looked to finish the game with a good defensive display.

🗣️ "He always produced in the big games."

Even then, Didier Drogba equalised in the 88th minute, sending the game into extra time. Robben had the chance to give Bayern the lead through a penalty but it was saved by Petr Cech. The game was decided on penalties.

Petr Cech’s heroics were on display when he saved Olic’s and Schweinsteiger’s penalties. Didier Drogba scored the winning penalty that secured The Blues their first-ever Champions League triumph after losing in 2008.

The Dream Team, Johan Cruyff’s Barcelona is considered as one of the greatest sides in the sport’s history, and they were at the peak of their powers heading into this match.

AC Milan was hit hard in the run-up to the final. Milan had seven important injuries in their squad and were missing players like Marco van Basten, Franco Baresi and Alessandro Costacurta. 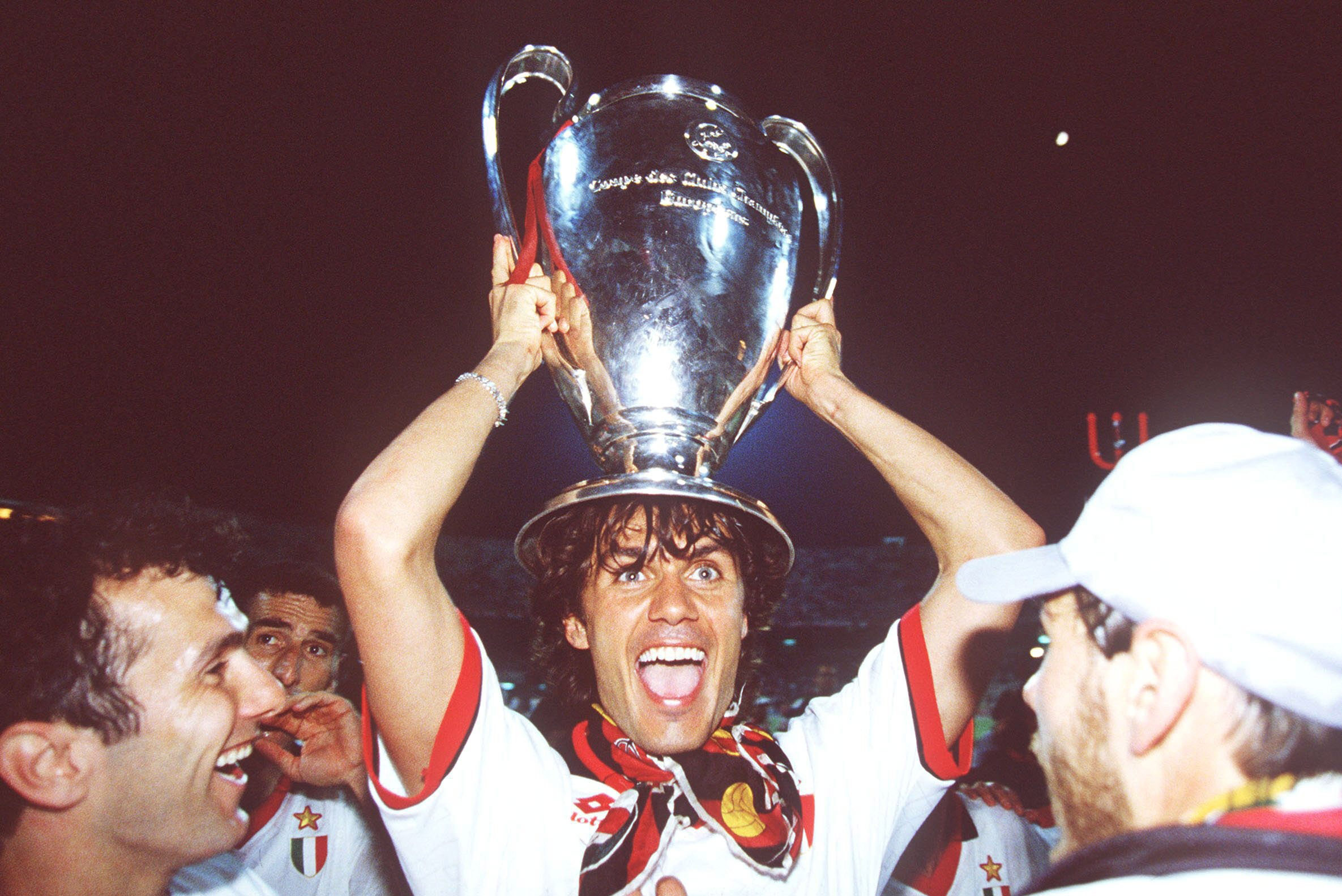 Because of these casualties, Many people believed that the match was over before it even started. That, though, was not the case. The Spanish team’s defence was helpless against the Italian team’s vicious attacks. After a game in which AC Milan absolutely dominated, they managed to take the most humiliating 4-0 win over the Azulgranas.

Many believe that AC Milan’s output in the UEFA Champions League was the best ever from a side, with the club missing major stars but easily defeating one of the greatest teams of all time.

Atletico Madrid had shocked many by securing La Liga that campaign, and making the UEFA Champions League final was seen as the icing on the cake. Atletico Madrid, known for their defensive tenacity, faced Carlo Ancelotti’s Real Madrid, who were vying for the legendary “La Decima,” their tenth Champions League title. They last held the trophy in 2002, defeating Bayer Leverkusen 2-1.

Diego Costa, Atletico Madrid’s star striker, was not completely fit and was withdrawn in the ninth minute after starting the game. Simeone’s side came out on top in the first half thanks to a Diego Godin header, and after producing numerous opportunities, Los Blancos were unable to capitalize on their chances. 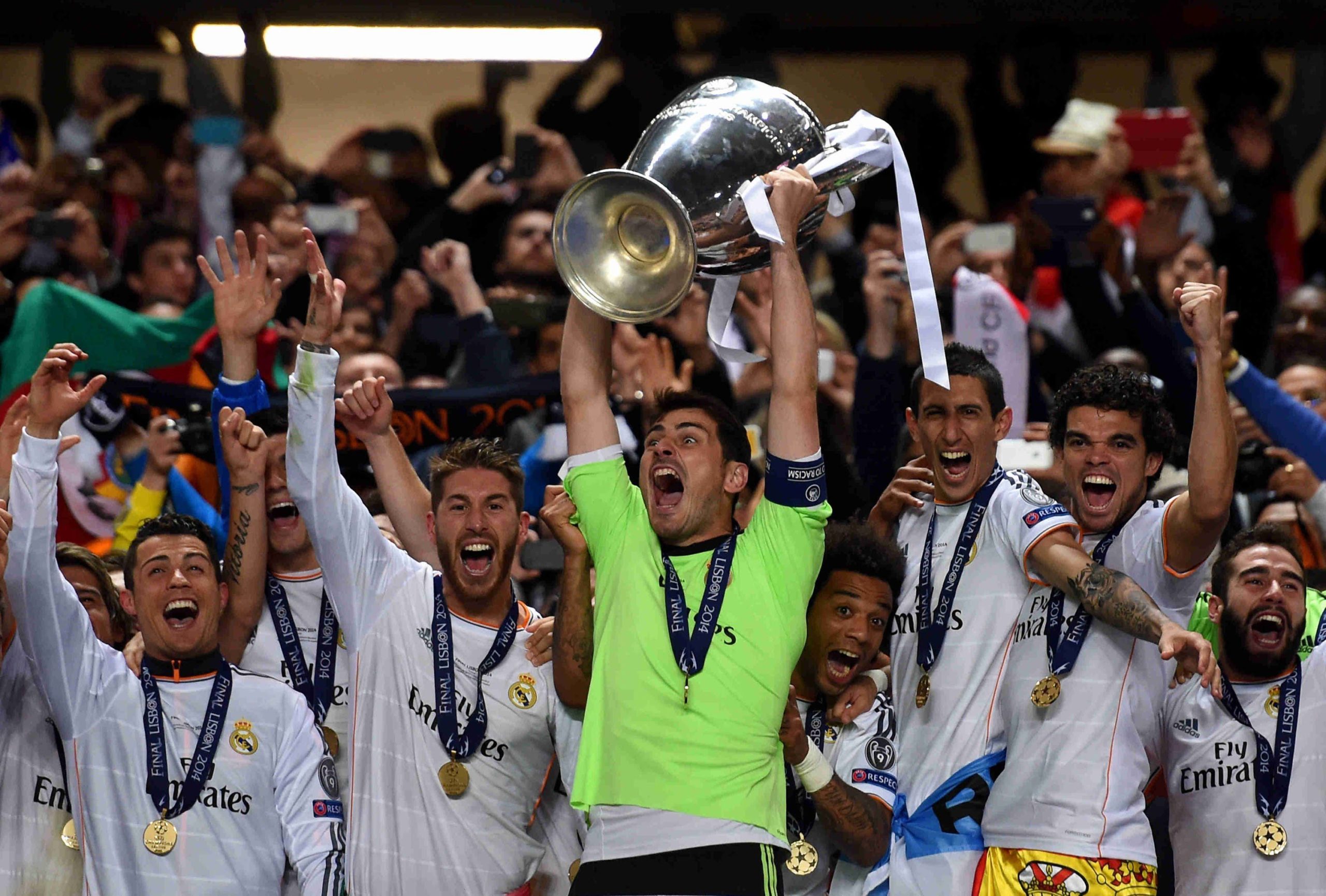 However, in the 93rd minute, captain Ramos came clutch and scored a brilliant header to send the match to extra time. Then it was all Real Madrid, who found the back of the net three times through Marcelo, Bale and Ronaldo in the final 10 minutes and complete their conquest of “La Decima”.

This is a game that Red Devil fans can never forget. The clash between these two titans became one of the most dramatic in UEFA history.

For a contest that seemed to have a definite winner, the outcome was completely unexpected. All Bayern fans were ready to celebrate the title, but Manchester spoiled the party.

2 – Two of the five goals ever scored in the 90th minute of Champions League finals were scored by Teddy Sheringham and Ole Gunnar Solskjaer in the 1999 final for Manchester United. Rarity. #Treble99 #OTD pic.twitter.com/bQTATYlISg

In a game in which Bayern were clearly the dominant team, the most unlikely thing occurred. Bayern took an early 1-0 lead in the first half. The Bavarians dominated the rest of the match but Sheringham scored an excruciating goal in the 91st minute, just when it appeared to be over. As if it wasn’t much, Manchester added another goal just two minutes before the match finished. Solskjaer was the Red Devils’ great hero, turning the outcome around and winning Manchester United their second Champions League title.

The 2005 UEFA Champions League final, dubbed “The Miracle of Istanbul,” was an exciting affair and unarguably the most thrilling clash of all time.

AC Milan, managed by Carlo Ancelotti, were considered the obvious favourites to win the trophy, as Liverpool boss Rafa Benitez acknowledged. The Italians had a veteran squad, with the likes of Paolo Maldini and Clarence Seedorf.

ON THIS DAY: @LFC produced a remarkable comeback to beat AC Milan and win the 2005 #UCLfinal. pic.twitter.com/C9EuEJLwfq

Milan pulled ahead in the first minute thanks to a Maldini volley, and Hernan Crespo added two additional goals in the first half to make it simpler for the Italians.   Liverpool, on the other hand, battled back in the second half. Steven Gerrard was the star of the display, with goals from him, Vladimir Smicer, and Xabi Alonso ensuring the game went to penalties. 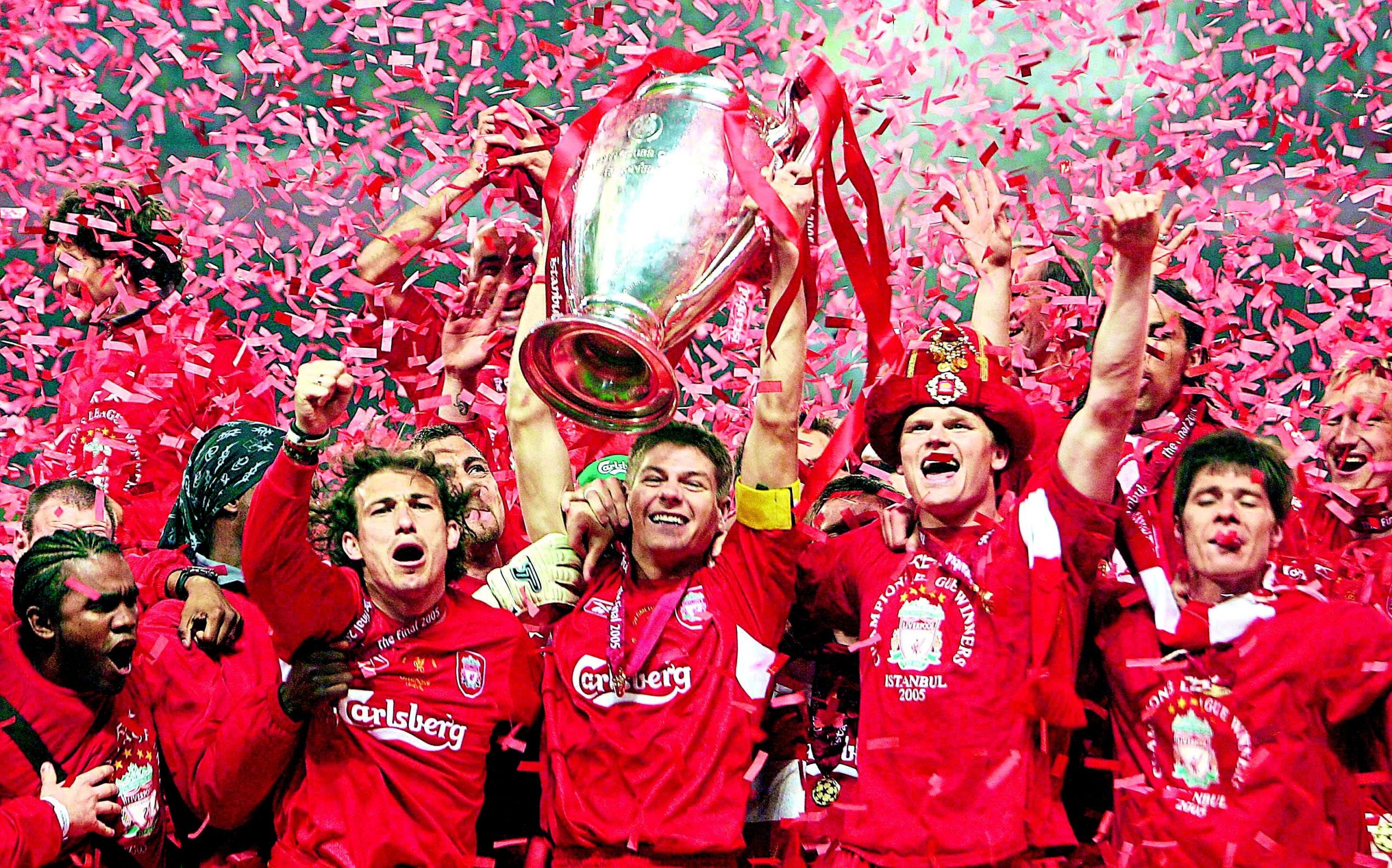 In a penalty shootout that left Milan frozen, the Anfield side won 3-2, securing the Champions League title. Definitely a match for the history books.