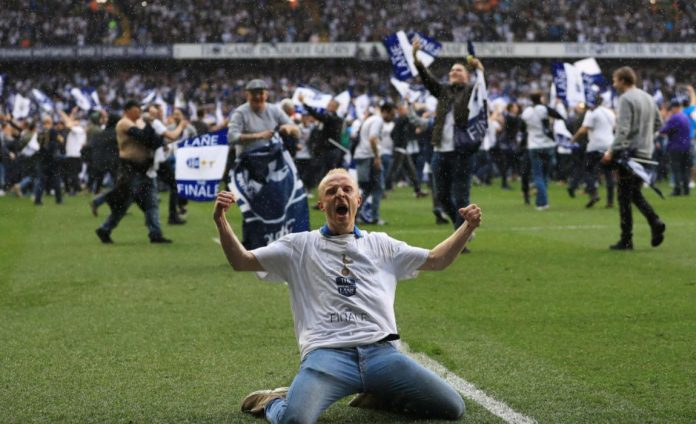 Tottenham Hotspur beat Manchester United 2-1 in Sunday’s Premier League match and the Spurs fans could not control their moment of glory as they invaded the pitch after the full-time whistle in the last-ever match at White Hart Lane. 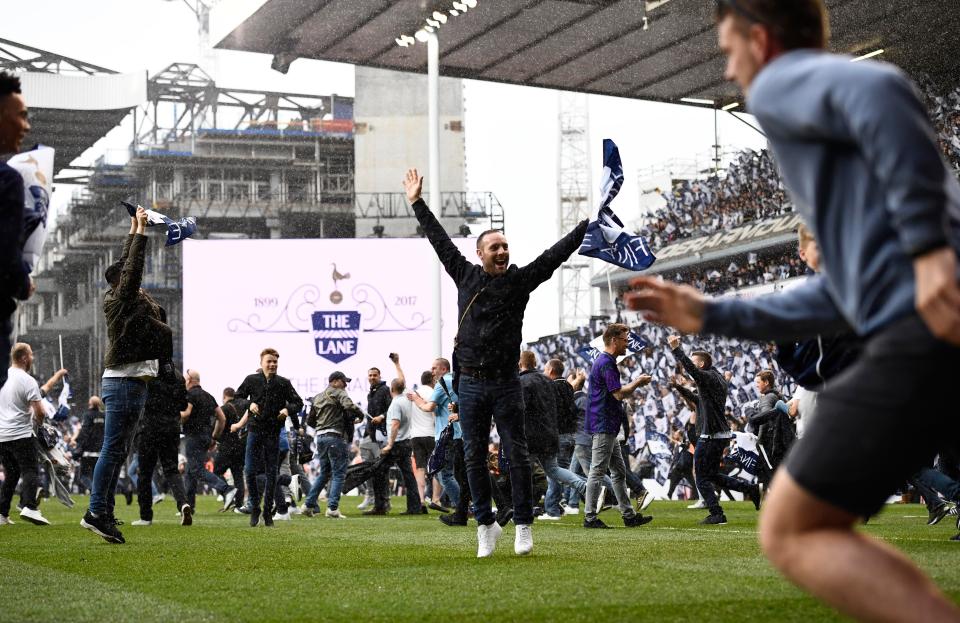 The official Tottenham twitter account had tweeted prior to the match, “Please do not go on the pitch at any point today throughout the match and the post-match ceremony. 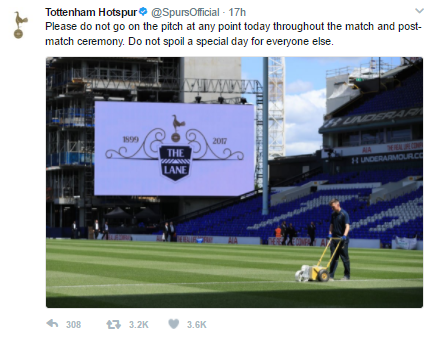 “Do not spoil a special day for everyone else.”

But the fans could not abide by their team’s instructions anymore and a huge crowd jumped on the pitch to celebrate the victory against the Red Devils. 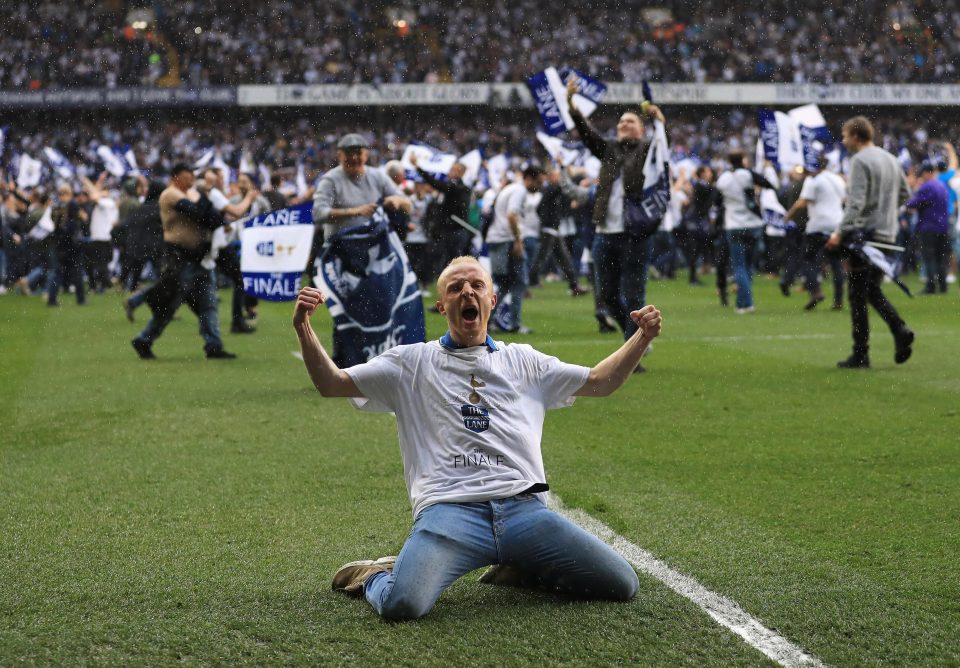 Fans were seen picking grass from the White Hart Lane as a souvenir. A group of Spurs supporters even gathered around midfielder Mousa Dembele in the middle of the pitch. 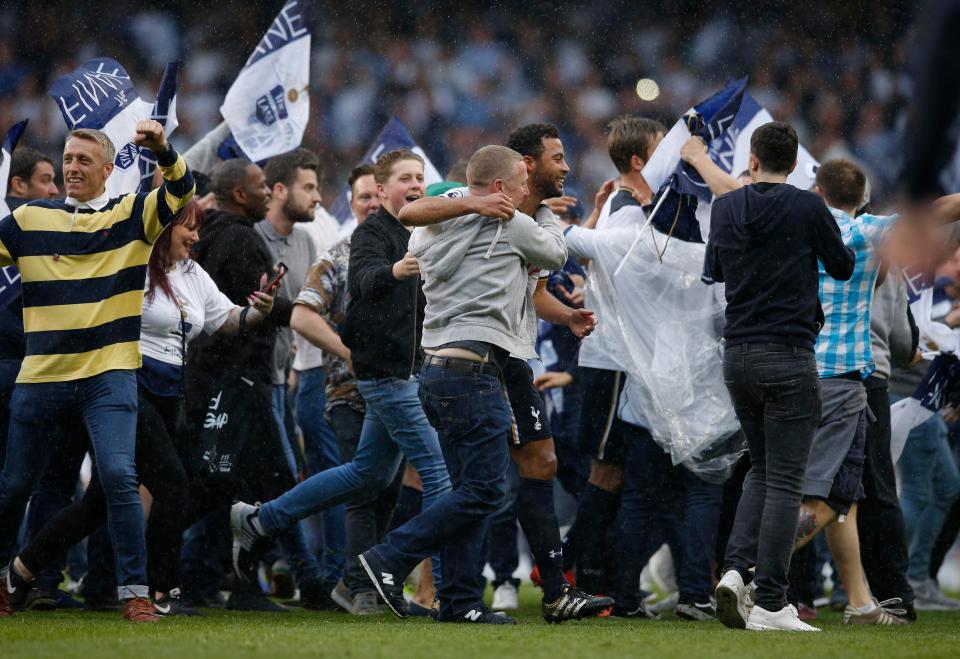 The Lilywhites will not be playing any of their matches at the White hart lane, instead, all their home matches will happen at Wembley Stadium next season before they move into their new ground that is scheduled to be in use from the 2018/19 campaign. 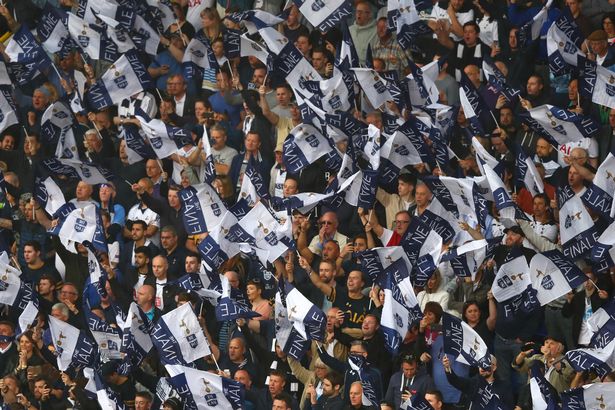 Spurs have ensured a second-placed finish in the Premier League after defeating Man United.