Lost cause for Spurs? 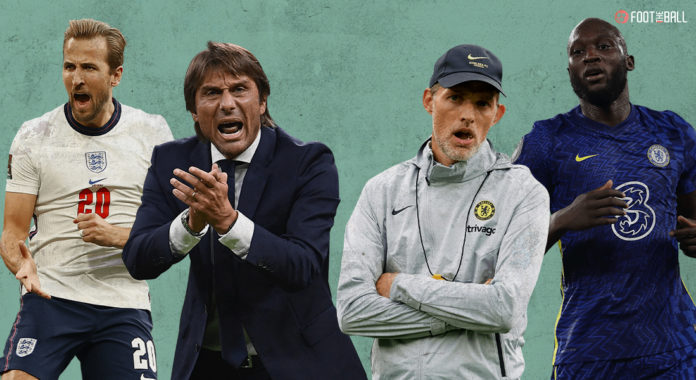 With the first-leg being one-way traffic for the Blues, Antonio Conte knows he has to whip up something really special at home.

Chelsea ran riot at Stamford Bridge, racing into a two-goal lead thanks to some calamitous defending from their opponents.

In fact, they could have added even more goals but spurned some good chances to put the tie to bed. Nevertheless, Thomas Tuchel knows his side just need to do the basics well and they will be through to a second consecutive final in his tenure. Romelu Lukaku is back in favour and was back amongst the goals in the dismantling of Chesterfield in the FA Cup match.

The match in a minute! 🔵 pic.twitter.com/msPuOXwjcG

Thankfully for Chelsea, they have no fresh injuries to deal with and can field a number of their starters, apart from the two wingbacks of course.

It was the stuff of nightmares for Conte, watching his backline roll over to allow Chelsea to score easily. Spurs still look disjointed and a long way off from what the Italian wants from them, and it is not getting easier yet.

The Blues blunted their front line superbly, not allowing them any good chances of scoring. They found themselves trailing Morecambe in the FA Cup too, before mounting a second half comeback to go through. The subpar performances from their squad players mean Conte will be reluctant to make any unnecessary changes.

The thoughts of Antonio Conte on today's 3-1 win over Morecambe. 🗣 pic.twitter.com/jLtu5n1me2

Turning around a 2-0 deficit will not be easy, despite Chelsea’s defensive woes this season but playing at home might just be the boost Spurs need to make the final a second time in two years.

Thiago Silva and N’Golo Kante were seen in training, so it could mean they are in line to return to the first eleven. Trevoh Chalobah is out due to a hamstring injury.

Great to see that both Ngolo Kante & Thiago Silva will be available for Wednesdays clash with Spurs. pic.twitter.com/QS2xpg9Mkf

Son will be missing the entirety of January so that is a huge blow for Spurs. Steve Bergwijn is also rumoured to move away this month so that is one attacker less.

Four goals in his last six games across all competitions is the slow but sure sign that Harry Kane is returning to form. It was a real struggle at the beginning of the season but Conte has always been a big admirer of the striker who seems to be reaping the rewards now.

⚪️ Spurs striker Harry Kane has now scored 10+ goals in each of his last eight seasons for Tottenham Hotspur.

🤣 Just A One Season Wonder!

Though he was marshaled expertly by Chelsea in the first-leg, Kane remains the best option if Spurs want to progress. His physicality will be key in matching up with Silva and Antonio Rudiger with Lucas Moura not exactly known for his strength. The absence of Son will be huge, so Kane knows he has to rely on his excellent shooting prowess from long range as well to test the goalkeeper.

🏴󠁧󠁢󠁥󠁮󠁧󠁿 Harry Kane is the only player in Europe to outscore Lionel Messi, Cristiano Ronaldo and Robert Lewandowski in the last ten years…

Furthermore, he is also adept in the air and if Spurs can get their crossing radar right, Kane will be in business.

Hakim Ziyech’s stay at Chelsea during the month of AFCON could prove to be a boon in disguise for all parties. The Moroccan wide attacker was comfortably the best player on the pitch in the first leg, his sharp passing and intelligent play causing problems all night long.

In on the act. 🎯 pic.twitter.com/ZkZTj9BzLI

Ziyech finished with a passing accuracy of 90%, creating four chances and making five recoveries too. He has not had as much game time as he would have personally liked, due to the players Tuchel prefers to play with but this time it’s different. A combination of injuries and loss in form from others has meant that Ziyech has moved ahead of Kai Havertz and Timo Werner in the pecking order, allowing him to recapture some of his old magic.

Ben Davies and Matt Doherty had a torrid time dealing with Ziyech last time, with the Irishman being hooked at halftime.

The first-leg damage could be too hard to undo for Spurs but Conte has always loved impossible tasks. Tuchel will be keen not to take this lightly but the result overall should be a foregone conclusion. FootTheBall predicts a 2-1 win for Chelsea.