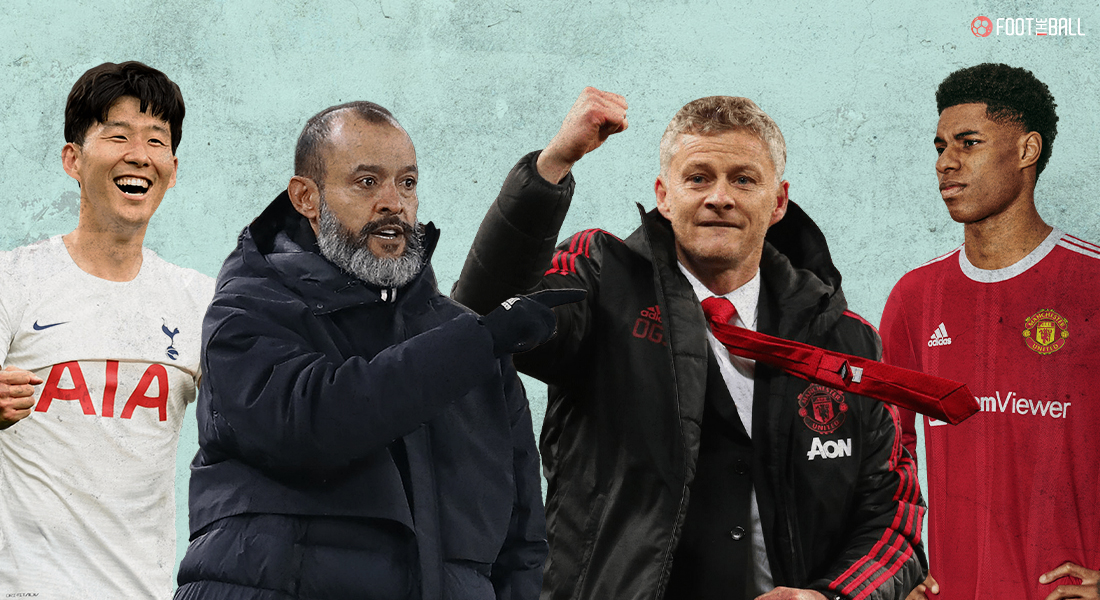 A dull Tottenham Hotspurs host an under pressure Manchester United in the Premier League. Nuno has been lucky thus far but can they pile on the woes for Ole who is hoping to survive the next three games will decide his future at Manchester United.

Nuno’s Tottenham have seemed very one dimensional this season. The ex Wolves boss just seems to be a continuation of the defensive football Spurs were forced to play under Jose Mourinho.

“A tough team to play against. The boys did well.”

The worst part for Spurs this season arguably has been the form of talisman Harry Kane, who looked out of sorts at the start of the season but has found some form in recent games. Nuno would be hoping  that Kane shows up in this game against Manchester United. It would be nice to see some attacking football from the Lilywhites who would look to dominate a distraught Red Devils squad.

Tottenham currently sit 6th in the league, a point ahead of visiting Manchester United who seem to be on a slippery slope.

The 5-0 defeat to Liverpool in the previous match week means that Ole only has till the Manchester City fixture to somehow fix a disjointed and top heavy squad. Otherwise he will be let go of and the progress he has made over the two years would end without a trophy.

🗣️ "It's been a tough week— we need to come together as a group."

Our captain looks ahead to #TOTMUN in today's United Daily 🔴#MUFC

The Former Manchester United legend would be hoping that the likes of Ronaldo, Fernandes and Rashford are enough to put Nuno’s Tottenham to the sword. Solskjaer would be looking for a reaction from his whole squad.

Nuno is lucky that all his early injury season woes have gone away. He has a fully fit Tottenham squad to choose from for this game against Manchester United.

Brilliant away support tonight so great to get the win for them and be in the hat for the next round. pic.twitter.com/gqh9q4vn4q

Ole will not be able to call upon the likes of Varane and Martial due to injury. The French center back is a major miss for Manchester United although early reports suggest that he might just make into the matchday squad. The Norwegian would desperately want the world cup winner back in his match day squad. Paul Pogba will also not be available for this game due to the red card he plucked up against Liverpool.

Harry Kane would like to build up on his recent good form, and would be salivating at the prospect of facing a shattered Manchester United backline. Tottenham also have Heung Min Son in typical goal scoring form , in fact his contribution is the only reason Spurs are in the top 6.

14 – Harry Kane and Son Heung-Min have now assisted one another for 14 Premier League goals this season, breaking Alan Shearer and Chris Sutton's all-time record of 13 set in 1994-95 for Blackburn. Telepathy. pic.twitter.com/rewuUwCxPG

If this deadly duo suddenly decide to replicate their form from last season Tottenham will thrash Manchester United. Who knows Ole could be out of a job by Monday.

Ole looked bamboozled after the Liverpool game. Fernandes’ slight dip in form is also not great news for the boss.

📆 #OnThisDay one year ago, @MarcusRashford picked out a nice finish against Leipzig 👌#MUFC | #GoalOfTheDay pic.twitter.com/pZezpA8l35

But the return of Rashford to this side does mean that a 3 pronged attack consisting of him, Roanldo and Greenwood can provide the much needed impetus  the Red Devils require.

We at FootTheBall see this game to be decided in a few moments without offering consistent exciting football. Nuno would surely hope that Tottenham can remain above Manchester United in the league standings , while Ole would be looking for a dominant victory, which is slightly unlikely. We see this game ending 1-1. Which would be an ideal result for both managers. A heavy defeat for either of them could possibly mean them getting the sack.