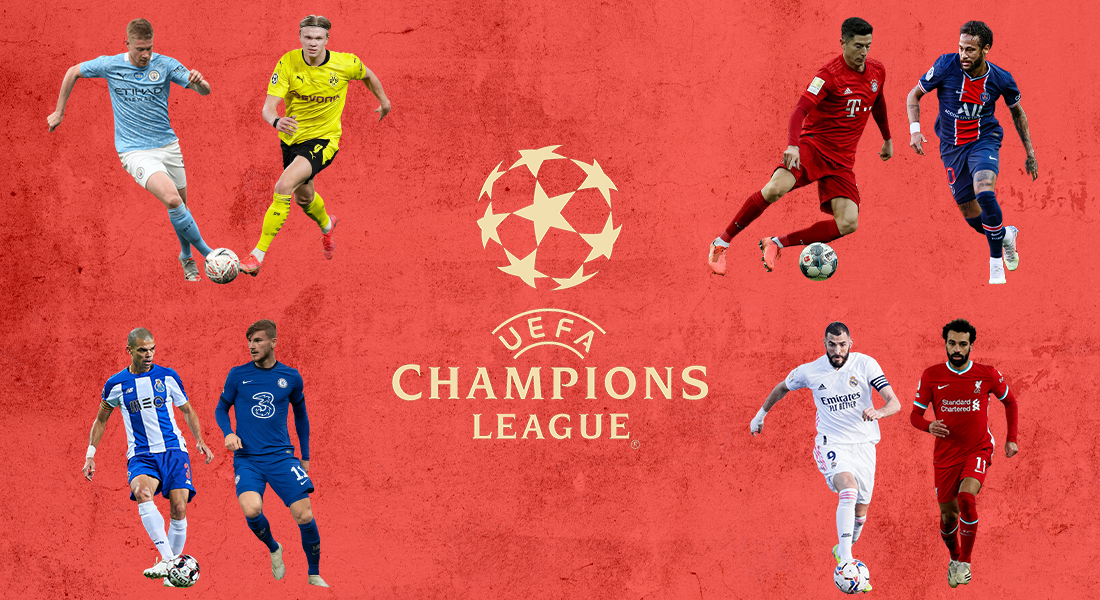 The road to Istanbul is thorny and slippery for everyone. And it ain’t easy for the crowd favourite Catalan from blue Manchester either. It’s a blockbuster UEFA Champions League quarters in 2021. The draw of the last eight took place at the House of European Football in Nyon, Switzerland.

HOW DOES THE DRAW WORK?

There will be a free draw for the Champions League quarters, with ties numbered 1–4 for the semi-final draw that follows. A draw will also be made to determine the ‘home’ side in the final for administrative reasons.

There are no seedings or country protection.

WHEN DO THE TIES TAKE PLACE?

The dates for the ties are out but the venues have not been confirmed.  The venue for the final will stay unchanged although the Atatürk Olympic Stadium, Istanbul. The historic stadium has become part of Champions League quarters folk-lore since Liverpool’s triumph over AC Milan back in 2005, let’s hope this year’s final can be as memorable.

Who do you want to see in the Istanbul showpiece? #UCLdraw pic.twitter.com/A3MxAUAab0

FC Porto stunned a Cristiano Ronaldo led Juventus, which has led to only the sixth time in Champions League history and the first since 2015-16, there are no Italian teams in the quarters. Elsewhere, Lionel Messi and Barcelona succumbed to yet another shameful defeat at the hands of Paris Saint-Germain; failing to pull of an iconic “La Remontada 2.0”.

The iconic Champions League anthem would roar again to welcome the remaining 8 best teams in Europe. The Champions League quarters draw promise an avalanche of drama, heartbreak, and top-level football prowess on display. There are no seedings or Country protection for the Quarter final draw, so let’s take you through the fixtures.

Manchester City and Pep Guardiola were once again favoured by Lady Luck when they were handed one of the easier challenges in the form of Borussia Dortmund. Porto meanwhile, irrespective of the draw, wouldn’t have benefitted from Lady Luck who were handed a tie against Europe’s most inform team – Chelsea.

The most eye-catching and mouth-watering fixture of the round is the repeat of 2019 UCL Final as Hansi Flick’s Bayern were pitted against defending French Champions Paris Saint-Germain who recently dumped Barcelona out of the compettition. Mohamed Salah would be looking for revenge against Sergio Ramos this time around when Los Blancos take on the club from Merseyside.

Last time they met:
The last time these two clubs met was in the UCL itself, albeit in the group stages. The first leg of this match had ended all square with a final scoreline of 1-1, whereas the return leg at Signal Iduna Park ended in defeat for the men in Manchester.

Head-to-head:
When it comes to head-to-head, these clubs have faced each other just 2 times, with Borussia Dortmund winning one and drawing one against Manchester City.

Game-changers:
For the men in Sky Blue, with the star studded squad they have, it is difficult to pick out one game changer. However, with Kevin De Bruyne back from injury, Pep Guardiola would rely heavily on the Belgian international carry his team through the last four of the competition.

Last time they met:
Much like Manchester City and Borussia Dortmund, the last time these two teams met was in the group stages of the Champions League; where both teams won the tie each at their respective home grounds.

Head-to-head:
In terms of head-to-head, Chelsea have the upper hand, where they have won 5, drawn 1 and lost 2.

Game-changers:
Mason Mount also known as Mr Chelsea these days, would be key for unbeaten Thomas Tuchel’s side against a fired-up Porto side. Whereas for Porto, Portugal Centre-back Pepe would be central to any chance the Portugal side would have against the London giants.

Last time they met:
Last time these 2 clubs met was in the last season’s UCL final, where Bayern slightly edged past the Les Parisians, winning the tie 1-0.

Head-to-head:
Bayern have faced PSG 9 times in UCL, having won 5 and lost 4 against the French giants.

Game-changers:
Robert Lewandowski is the go-to man for the Bavarian giants having already scored 32 goals in the league itself. PSG will have to be at their best to be able to contain the Polish international. PSG on the other hand have Kylian Mbappe and Neymar who are both enough to win any match when at their best and Mauricio Pochettino would no doubt rely on their dazzling skills on the pitch to carry them through.

Last time they met:
Last time these 2 UCL giants met was in the 2018 UCL final where Gareth Bale’s outrageous goal and couple of Loris Karius blunders sealed the deal for Los Blancos.

Head-to-head:
In terms of head-to-head, Real Madrid have won 3 and lost 3 out of the 6 times these 2 have met.

Game-changers:
Liverpool have African duo Sadio Mane and Mohamed Salah who can single-handedly win them the tournament on their day. Real Madrid on the other hand, have recently turned to their newfound talisman in Karim Benzema who has taken over from Cristiano Ronaldo since his departure in 2018.

Pep Guardiola’s Manchester City are Europe’s in-form team and many fancy them to finally clinch Europe’s top prize. Last year’s champions and his former team Bayern Munich will surely look to pounce on the opportunity to establish a dynasty.

With most bookmakers, City are favourites at 9/4 over closest challengers Bayern Munich on 3/1. Do you think one of these giants will go on to win it all or will dark horses like Dortmund or Porto spring a massive surprise?

NO RONALDO! NO MESSI! A NEW ERA OF THE CHAMPIONS LEAGUE

For the first time since 2004-05, neither Cristiano Ronaldo nor Lionel Messi will be a part of the UEFA Champions League quarter finals stage. While Cristiano Ronaldo and Juventus were stunned by FC Porto, Lionel Messi and Barcelona succumbed to a heavy defeat at the hands of Paris Saint-Germain after failing to pull off another ‘remontada’ in the last 16 stages.

Kylian Mbappe and Erling Haaland would look to further establish themselves as their successors as the best players in the world. Both Mbappe and Haaland have been in scintillating form this season in the Champions League and a world-class showing from either of them would surely put their names in the mix for the Ballon D’or.

It’s a possibility! But first they have to beat last year’s finalists PSG once again. 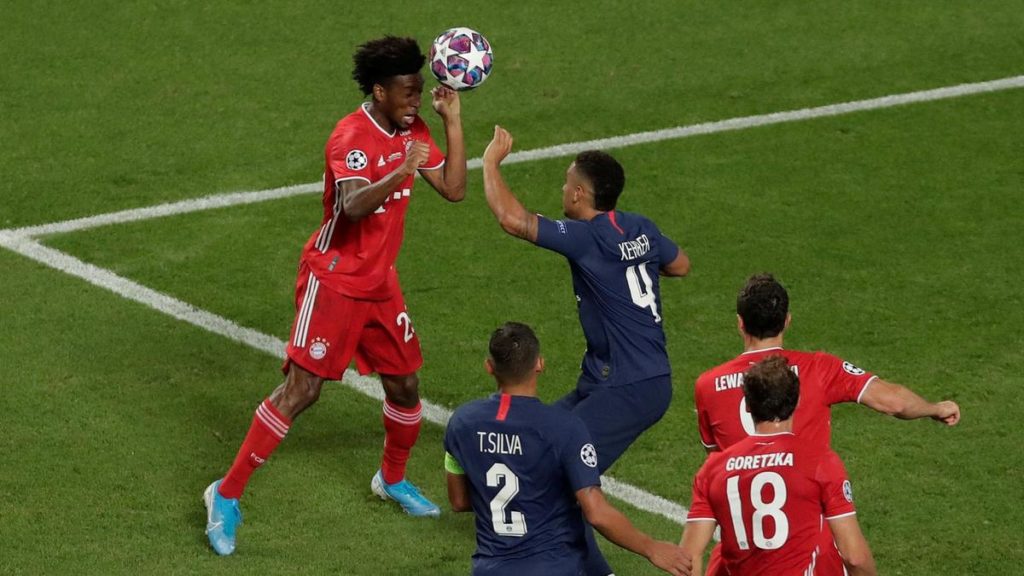 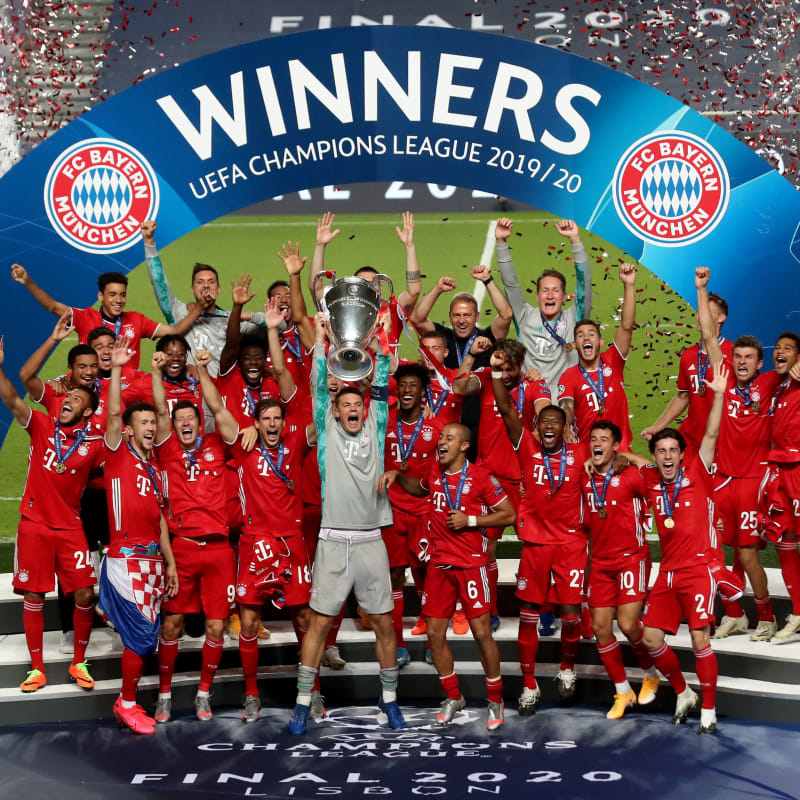 This years quarter-final fixtures are going to be explosive and the best part is we actually get to see two legs of each fixture this time around, which means more football. We can’t wait, can you?