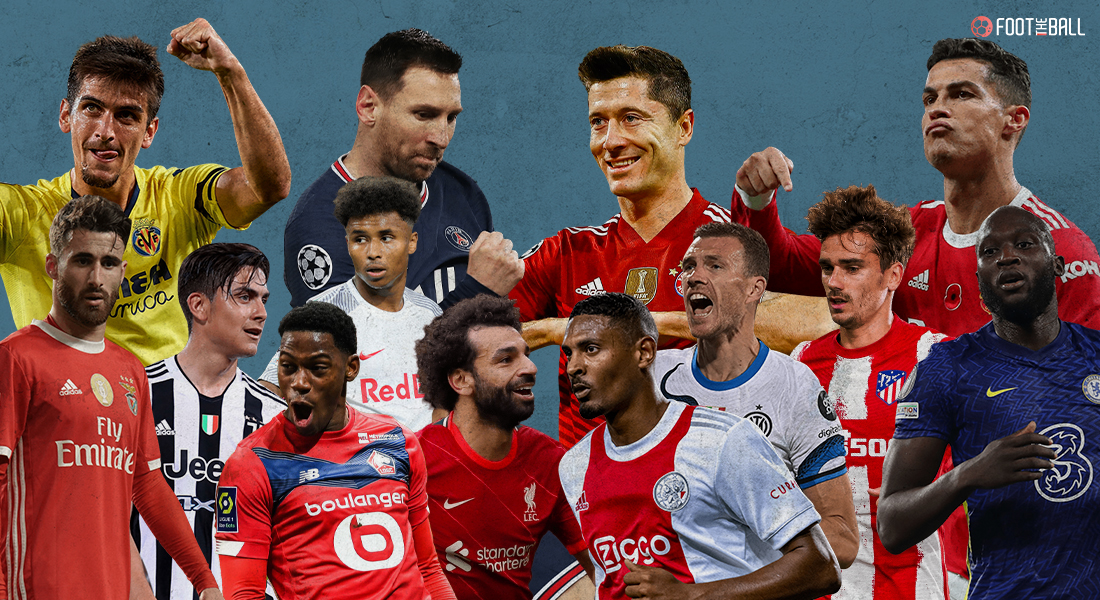 The draw and re-draw for the UEFA Champions League round-of-16 has just concluded at the House of European Football in Nyon, Switzerland. The “creme-de-la-creme” of European football found out who their opponents will be next year. Barcelona and Borussia Dortmund were not represented after both teams crashed out to the Europa League in surprising fashion.

Salzburg became the first Austrian side to qualify for the knockouts but there will be no Russian side in the knockouts, though Saint Petersburg will be hosting the final.

Eight group-winners will face the eight runners-up. No two teams from the same country can face each other and same applies for teams that have already faced earlier in the competition. The ties will be played on February 15, 16, 22, 23 and March 8, 9, 15, 16. The runners-up will play the first-eg at home.

Now, let’s check out the all-important final draw in full:

Ajax have the clear edge, winning four and drawing twice of the seven times they have played each other. Benfica’s sole win came in the second-leg of the quarter finals back in 1969, though the Dutch giants ultimately went through.

Haller needs a further 10 goals to draw level with Jari Litmanen as the team’s record goal-scorer in the competition which is mind boggling given how he has just started playing in the competition. Antony has developed into one of the finest wingers in Europe and Erik Ten Hag will be bringing the fight. Benfica meanwhile will rely on the industry and guile of Darwin Nunez and Rafa Silva, players who were instrumental in getting them this far.

The first match up in this round-of-16 that have not played against each other yet. Villarreal will be looking to add another big scalp to their European record list as Juventus search for a long awaited European title under Max Allegri.

The Old Lady have had a stuttering season but if Paulo Dybala remains fit, he can be a key piece in offense. The Yellow Submarine have to rely on their firepower up front including Gerard Moreno and Arnaut Danjuma.

Incredibly, this will be the first meeting between the pair in this competition. They have never met before, either in the group stages or the knockouts.

Champions League round of 16 opponents announced!

Cristiano Ronaldo has been the leading goal scorer since his arrival but the support has been inconsistent in behind him. Mason Greenwood and Marcus Rashford both need to come good. Los Rojiblancos have to shore up their defences strongly but Joao Felix and Antoine Griezmann remain a goal threat for Diego Simeone’s side.

It was a feisty encounter in the group stages last season, as Bayern ran out 3-1 winners with goals from Robert Lewandowski, Leroy Sane and Kingsley Coman.

Apart from the aforementioned win, Bayern also claimed a 6-2 win away from home. If the tempo keeps up, everyone will be in for a goal fest next year too.

Ballon d’Or runners-up Robert Lewandowski has once again been in records breaking form in front of goal with nine goals in the group stages already. Karim Adeyemi has developed into one of the most exciting youngsters on the continent, and has been key to Salzburg’s qualification this term as well.

Both teams met at this stage back in 2008 as Liverpool eked out a 1-0 draw away from home, thanks to a solo effort from Fernando Torres.

The Reds secured their passage through to the quarter-finals 14 years back, taking some revenge from the time the Nerazzurri knocked them out in the semi finals in 1965.

We will face @LFC in the @ChampionsLeague round of 16#ForzaInter #UCL pic.twitter.com/WpNRGaPuq4

For Inter, it is Edin Dzeko and Hakan Calhanoglu who have been excellent signings as they seek to defend their Serie A crown too. Jurgen Klopp has his elite front three with Mo Salah having another wonderfully excellent season while the midfield is really stepping up too.

The third tie that is set to make history by taking place for the very first time between these two sides.

Following the redraw, we will face Sporting CP in the #UCL Round of 16! #ManCity pic.twitter.com/amijcSLVeA

The defending Portuguese league champions have strength in numbers, including several exciting youngsters like Paulinho, Jovane Cabral and Pedro Goncalves. City have a plethora of superstars in this David vs Goliath matchup, with the likes of Gabriel Jesus, Phil Foden, Kevin De Bruyne and Ruben Dias to name a few.

Another pair of teams that have only faced each other in the group stages. Chelsea won 2-1 on matchday six back in 2019-20 with goals from Tammy Abraham and Cesar Azpilicueta.

We’ve been drawn against the reigning European champions in the round of 16! 🏴󠁧󠁢󠁥󠁮󠁧󠁿#LOSC | #UCL | #UCLdraw pic.twitter.com/lV8Uc35xYZ

The Blues won both encounters by an overall scoreline of 4-2. The teams are a lot changed now, with new managers and both tasting silverware success last season too.

Lille have Jonathan David in fine form, the Canadian serving as the legs of the attack headed by Burak Yilmaz. The European champions have a stout defence ready to save their goal while Timo Werner, Mason Mount and Romelu Lukaku anchor the forward line.

Two very familiar teams, both on-field and off-field. The very latest encounter had ended in a 2-2 draw in 2020, in a season where the Parisians eventually reached the final.

Both sides have faced each other in the group stages every alternate year from 2015-2019, with Los Blancos winning thrice and there also being two draws.

The subplots in this tie are manifold. Kylian Mbappe lining up against his potential suitors. Lionel Messi back facing Real Madrid. Sergio Ramos, the former captain, playing at the Santiago Bernabeu again. Karim Benzema and Vinicius Junior have been in terrific form which will definitely worry the less-than-stingy defence of PSG.