Sevilla travel to the north-east as they look to face a spirited Villarreal on Sunday at the Estadio de la Ceramica as the coastal club looks to qualify for the Europa League.

This game is a high stake one for Villarreal as they look to finish in 5th or 6th, so as to at least confirm Europa League football next season, while they prepare for their final against Manchester United in less than two weeks’ time. The Yellow Submarine’s hopes were boosted after fifth-placed Real Sociedad lost to Atletico Madrid on Wednesday.

Goals from @GerardMoreno9 and Étienne Capoue give the Yellows a key victory in Valladolid. 💛 pic.twitter.com/eH19VbgAKg

The Yellow Submarines come into the game with a 2-0 away win over Real Valladolid in the midweek but stay in 7th position, one point behind Real Sociedad and behind Real Betis on head-to-head.

Meanwhile, the Andalusian club, in the last ten games have won seven times, with only one loss. Although, they are only six points behind the leaders Atletico, they will not win the title as the Rojiblancos lead them on head-to-head.

With Champions League football confirmed for next season, the remaining two matches are just for formality and Julen Lopetegui will try to win them both and continue the momentum into the next season.

In the previous clash between these two sides, Los Nervionenses beat El Submarino Amarillo 2-0 at the Estadio Ramón Sánchez Pizjuán, with Lucas Ocampos and Youssef En-Nesyri scoring the goals.

Villarreal do not have any new injuries from midweek and will try to nurse the old injuries three of them are facing currently. Samuel Chukwueze’s quadriceps injury is the one that is the most problematic as Villarreal hope he recovers for the Europa League final in less than two weeks’ time.

Vicente Iborra and loanee Juan Foyth are still recovering from their knee and hamstring injuries, respectively. Sevilla, on the other hand do not have any injury concerns and Lopetegui has a full squad to choose from. Alejandro ‘Papu’ Gomez and Ivan Rakitic might return to the starting line-up after being bought as a substitutes against Valencia. 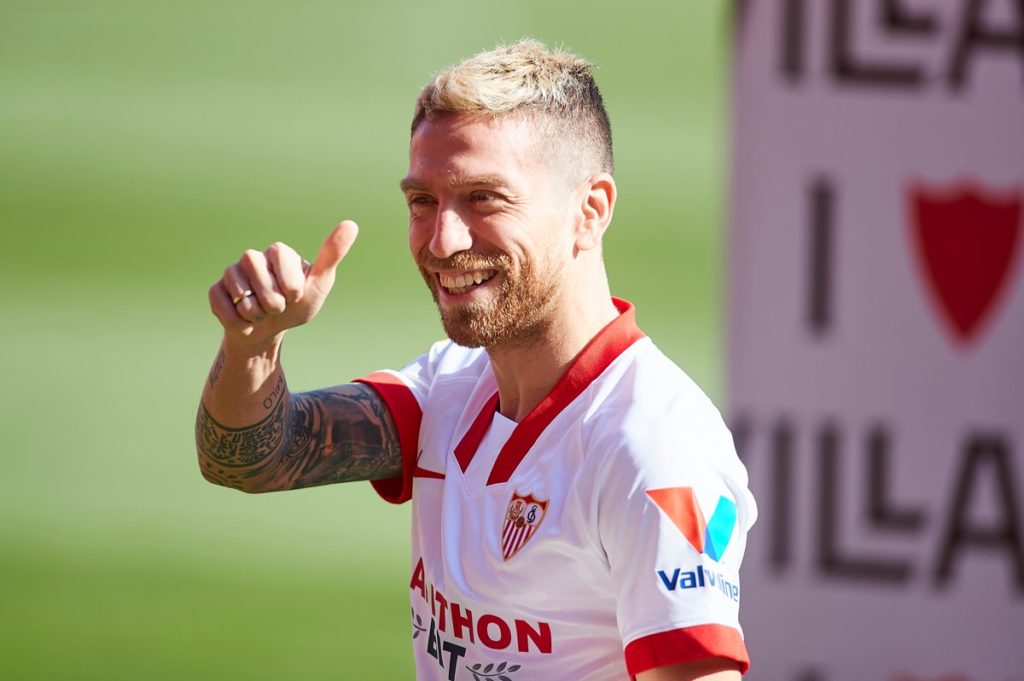 Alejandro Gomez is set to return to the starting line-up after being rested against Valencia. (Image Courtesy: UEFA Champions League / Twitter)

As always, Villarreal will look to bank on their number seven, Gerard Moreno to provide the breakthrough for the Submarines, and Emery will hope that he is ably supported by Paco Alcacer and Fernando Nino in the attack as one cannot do anything all alone.

55 – With his goal against Real Valladolid, Gerard Moreno 🇪🇸 has become the all-time top-scorer for @Eng_Villarreal in @LaLigaEN with 55 goals, surpassing Diego Forlán 🇺🇾 and Giuseppe Rossi 🇮🇹 (54). Stellar. pic.twitter.com/22l5FpE5X0

For Sevilla, Youssef En-Nesyri has been the star man whole season and after an injury scare few weeks ago, he returned to the starting line-up in the midweek game against Sevilla and scored the only goal of the game.

With Gomez and Rakitic getting enough rest, Lopetegui might hope that they too can impact the game in a positive way.

A mouth-watering clash for the neutrals, between two entertaining sides and two attack-minded coaches, this game has the potential to have a lot of goals, but beware, with the caginess of the situation, it might be dull draw as well.

For Sevilla, it is only a matter of where they can finish on the table behind eventual league winners, while for Villarreal, the stakes are high with only one point separating the teams in 5th, 6th and 7th. The onus will be on Villarreal to score, hence, FootTheBall says, Villarreal 2-1 Sevilla.