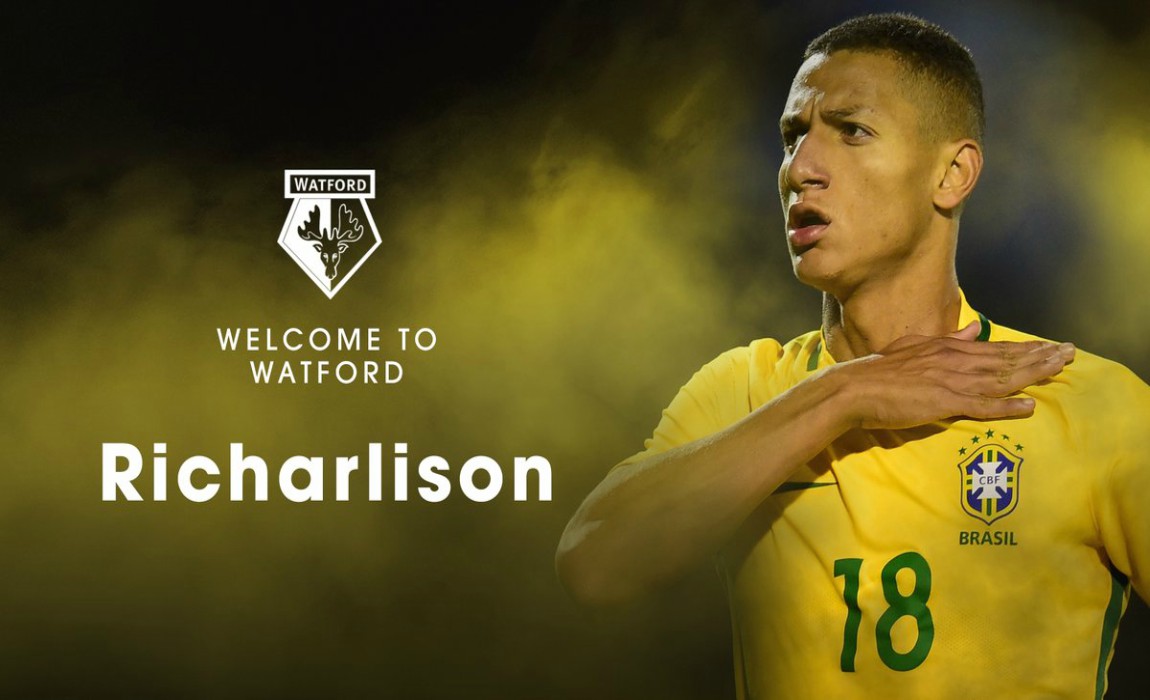 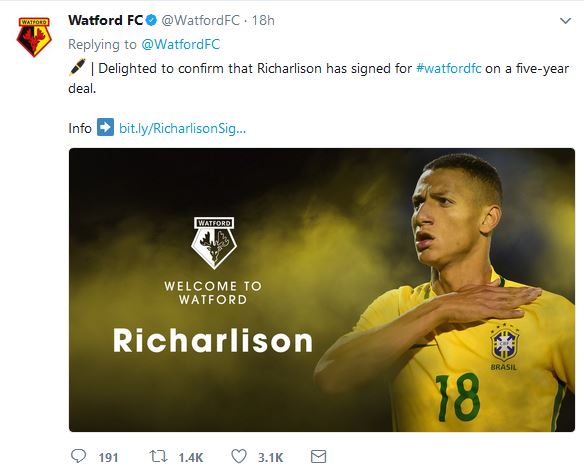 The English Premier League club agreed to a five-year deal for 11 million British pounds last week but were awaiting approval of a UK work permit before making the transfer official.
“The Hornets have beaten off strong competition to secure the services of the highly-rated 20-year-old,” Watford said in a statement on their official website. 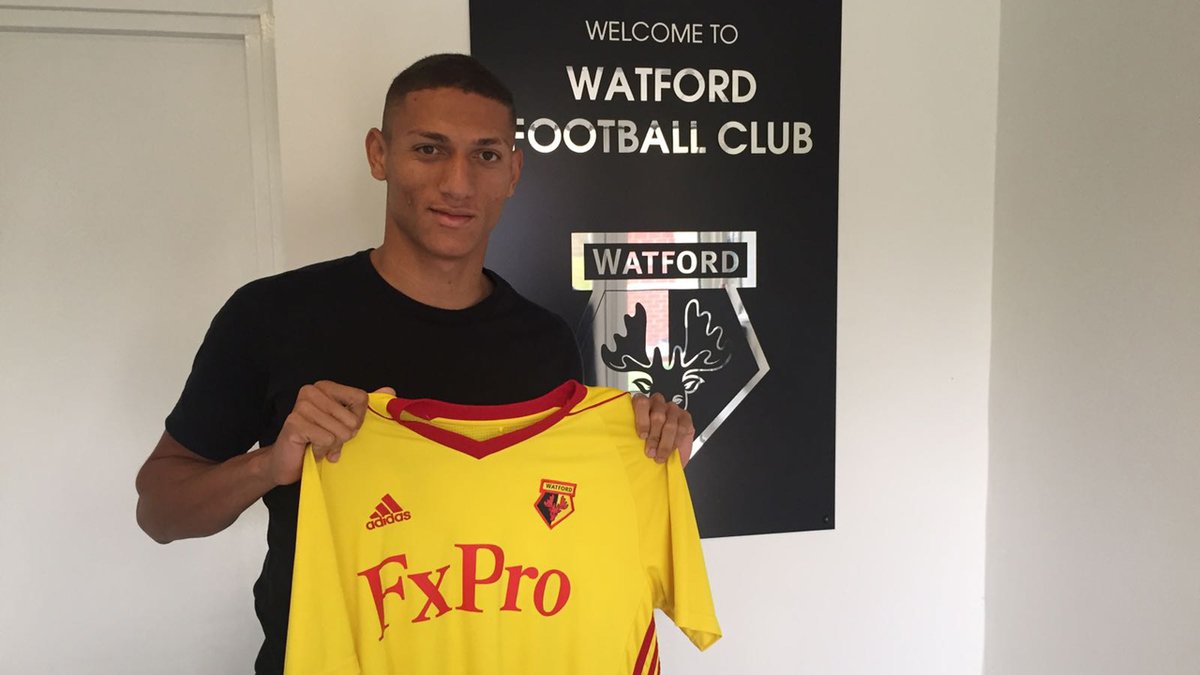 Richarlison has scored 19 goals for Fluminense

Capped eight times for Brazil’s under-20 team, Richarlison made 67 first-team appearances for Fluminense and scored 19 goals.

He is expected to be a part of Watford’s match day squad in their opening 2017-18 Premier League fixture at home against Liverpool on Sunday.