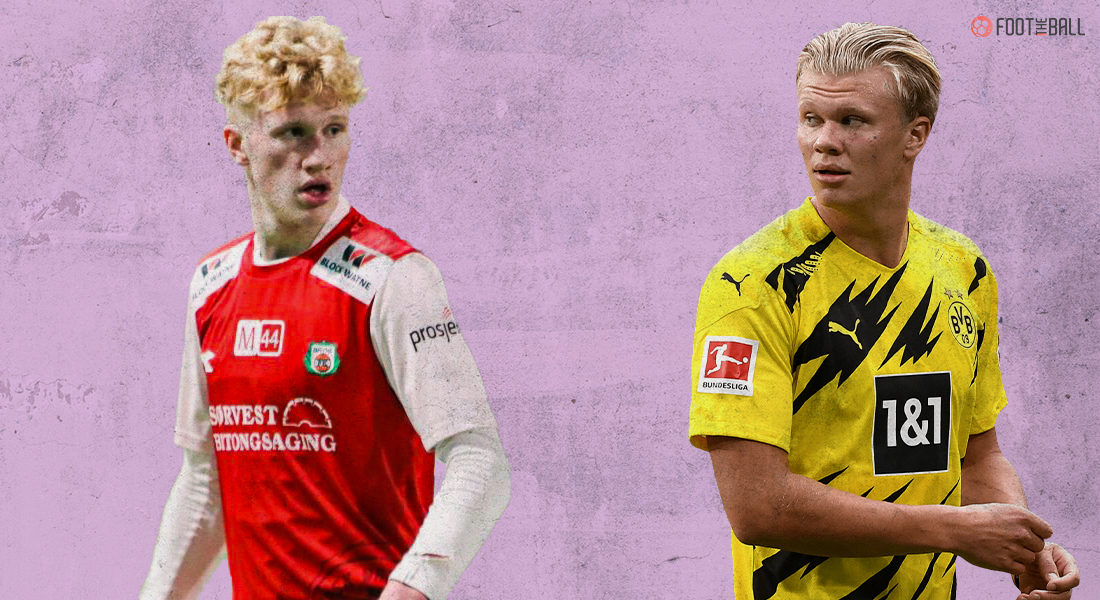 Tales of brotherhood across football are something everyone has witnessed over the years. Surnames like Xhaka, Pogba, Boateng, Hazard and more have all multiple members of a family playing the sport. They have even faced up against each other on occasion which makes for must-see watch. The latest addition to the list, though not by direct bloodline, comes from Norway.

By now, fans all over the world are well-versed with the exploits of Erling Braut Haaland, the 21-year-old striker who nets goals for fun. Having all the hallmarks of a future legend, Haaland is being heavily scouted by Europe’s top teams this summer. However, it now seems like the eye for the goal runs in the family.

And yes he also plays as a striker. He's tall. And he scores goals for fun!

Albert Braut Tjaland, who is Haaland’s cousin, scored his first senior goal on debut for Molde yesterday and looking at his track record so far, he has all the capabilities of matching and maybe even surpassing his big brother. Tjaland is 17-years-old and like Haaland, started his youth career with Bryne FK. He joined the club’s under-13 team and stayed there for almost six years.

16-year-old Albert Tjaaland, the cousin of Erling Haaland, has moved to Molde FK.

The same path as his cousin. pic.twitter.com/GhimGXFcCf

In that time, he scored 40 goals in just 31 games for Bryne’s reserve teams and even made his first-team debut last year before the onset of the pandemic. Though that came in a friendly against Egersunds IK, his performances till now were enough to convince Molde to sign him.

Upon his joining one of the top clubs in the country, Tjaland said that they were “interested in me and had good plans for me.” Of course, his more illustrious cousin’s name did come up and Tjaland revealed that he had talked with Haaland before joining. Even though he stressed that the final decision was his, onlookers cannot help but notice similarities in the two’s career paths.

Meet Albert Braut Tjåland. Terminator 2.0. 17-years old and the cousin of Erling Braut Haaland. He's bagged 64 goals in 37 games for Molde's youth team and like his older cousin, started out at Byrne FK, where he notched 40 in 31 games last term.

The move to Molde paid immediate dividends with Tjaland continuing on his rampaging ways in front of goal. Playing for the U19s last season, he scored a frankly ridiculous 64 goals in 31 games which had people sit up and taking notice. Having kept up his incredible record of scoring, it was no surprise to see him scoring in the Norwegian Super Cup as well when given the chance.

Even though the buildup to the goal came under fortuitous circumstances, Tjaland kept a cool head to take the ball on and place a calm finish past the goalkeeper. There was no extravagant celebration to follow but nevertheless, he must have been really pleased on the inside. It will certainly not be long before he transitions to the senior-team fully for Molde and lights up the top-flight that will certainly help the club continue its dominating ways.

Standing at 6’1″, Tjaland looks set to be a problem for defenders in the air as much as on the ground. He does not possess his cousin’s unique running style but his built is pacy enough to get by opposition players. Though he might struggle on the physicality part in the bigger leagues, a first senior season with Molde will be a good first step.

He has enough time on his side to hone his skills further among more established players. Haaland only had four goals in his debut season for the same club but he was their top scorer the following year which earned him a big move to RB Salzburg. Tjaland will be keen to carve out a name for himself but the comparisons will be hard to stop.

Even if he does not become a regular just yet, it is not hard to see that his future lies away from Norway soon enough. Tjaland confessed that his favourite club is Liverpool and there is little doubt that big clubs will be circling for him if his goal-scoring rate continues. The whole of the footballing world will be keenly watching his rise over the next few years. 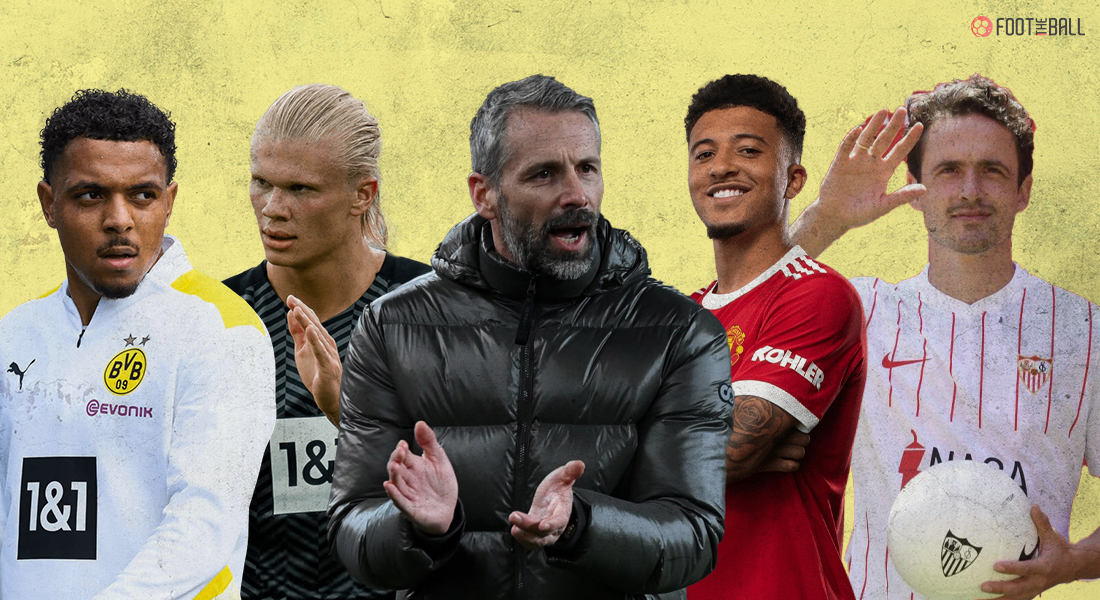 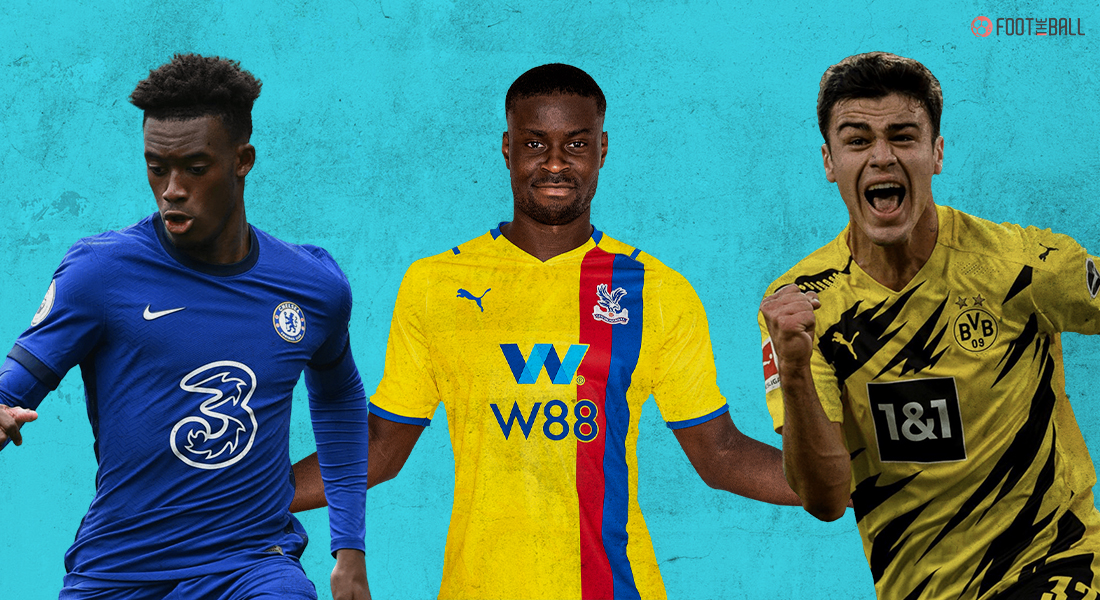 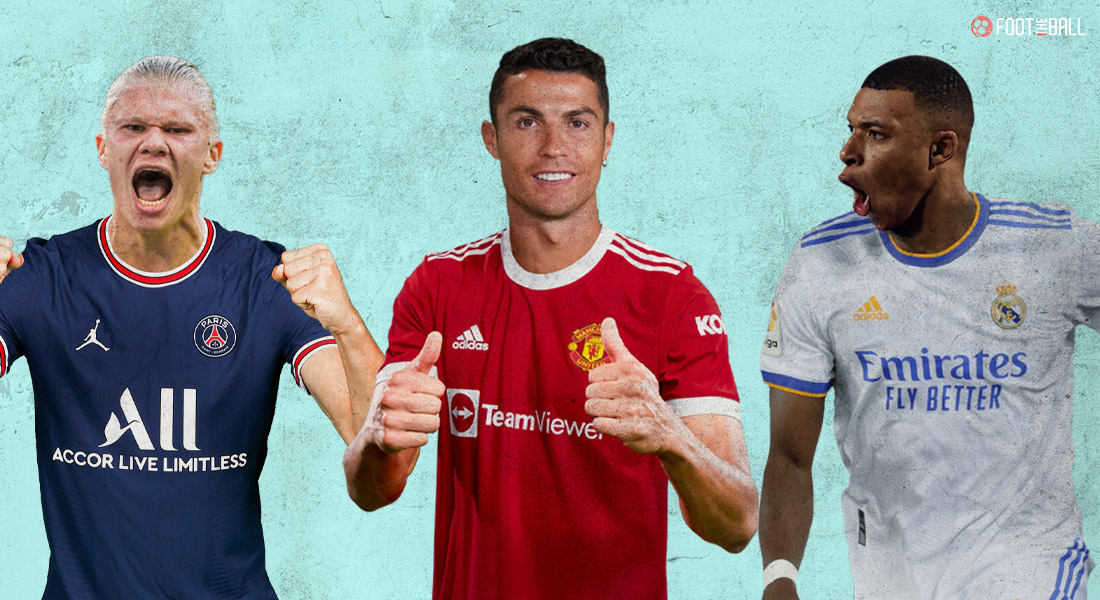