Why Manchester United Left Out 7 Stars For US Pre-Season Tour? 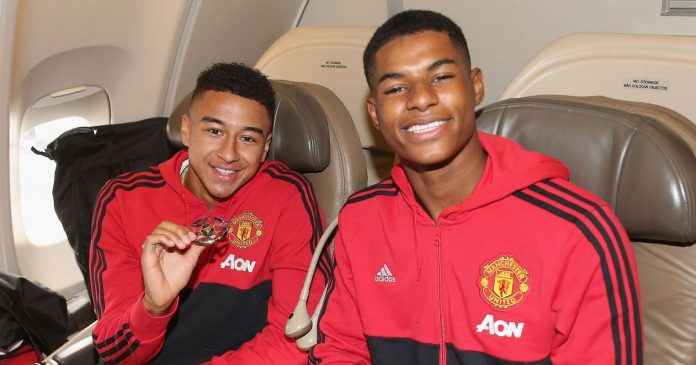 Jose Mourinho has announced his Manchester United squad to travel on the club’s pre-season tour of the USA.

But the Portuguese boss has left out a host of big names, as originally reported by the Manchester Evening News.

Adnan Januzaj heads the list of absentees from the list of players who will face LA Galaxy, Real Salt Lake, Manchester City and Real Madrid.

United are Stateside bound, after jetting off on Sunday, as he arrive ahead of their training camp – which runs next week.

Striker Romelu Lukaku is set to officially complete his move to United after undergoing a medical in Los Angeles, but cannot be named in the squad until the contract has been signed.

He will join up with his new teammates as soon as the deal is finalised.

However, the omission of Adnan Januzaj signals that the Belgian’s Old Trafford career is over.

Mourinho told journalists in April that he had made a decision over the academy graduate’s future, and he looks set to depart permanently this summer.

A disappointing loan at Sunderland last term failed to convince the manager of his potential, and his contract at the club is due up in 2018.

Sam Johnstone is also expected to leave the club, although it could be on loan. Aston Villa are keen on a reunion with the keeper, who has been passed on the depth chart by young Portuguese stopper Joel Pereira.

James Wilson will be doing his pre-season training with the under-23 squad in Austria rather than joining the first team in the USA. The striker suffered a season-ending injury last October while on loan at Derby, and will need to build up his fitness ahead of the new campaign.

However, with Marcus Rashford and Lukaku competing for minutes, he is another who looks set to be playing his football elsewhere next season, whether on loan or after a permanent transfer.

Joe Riley also had his season curtailed early, suffering a freak shoulder injury in training while on loan at Sheffield United, and is continuing his recovery in Austria.

After a lost season on loan at Wolves, Cameron Borthwick-Jackson has also not made the first-team tour squad and is not in Mourinho’s plans for the new term.

Angel Gomes made his first-team debut on the final day of the 2016/17 league season, becoming the first player born since 2000 to feature in the Premier League.

But the decision has been made to keep the youngster, who does not turn 17 until the end of August, and fellow teenager Zak Dearnley with their younger teammates ahead of a first season in the Reserves under new coach Ricky Sbragia.