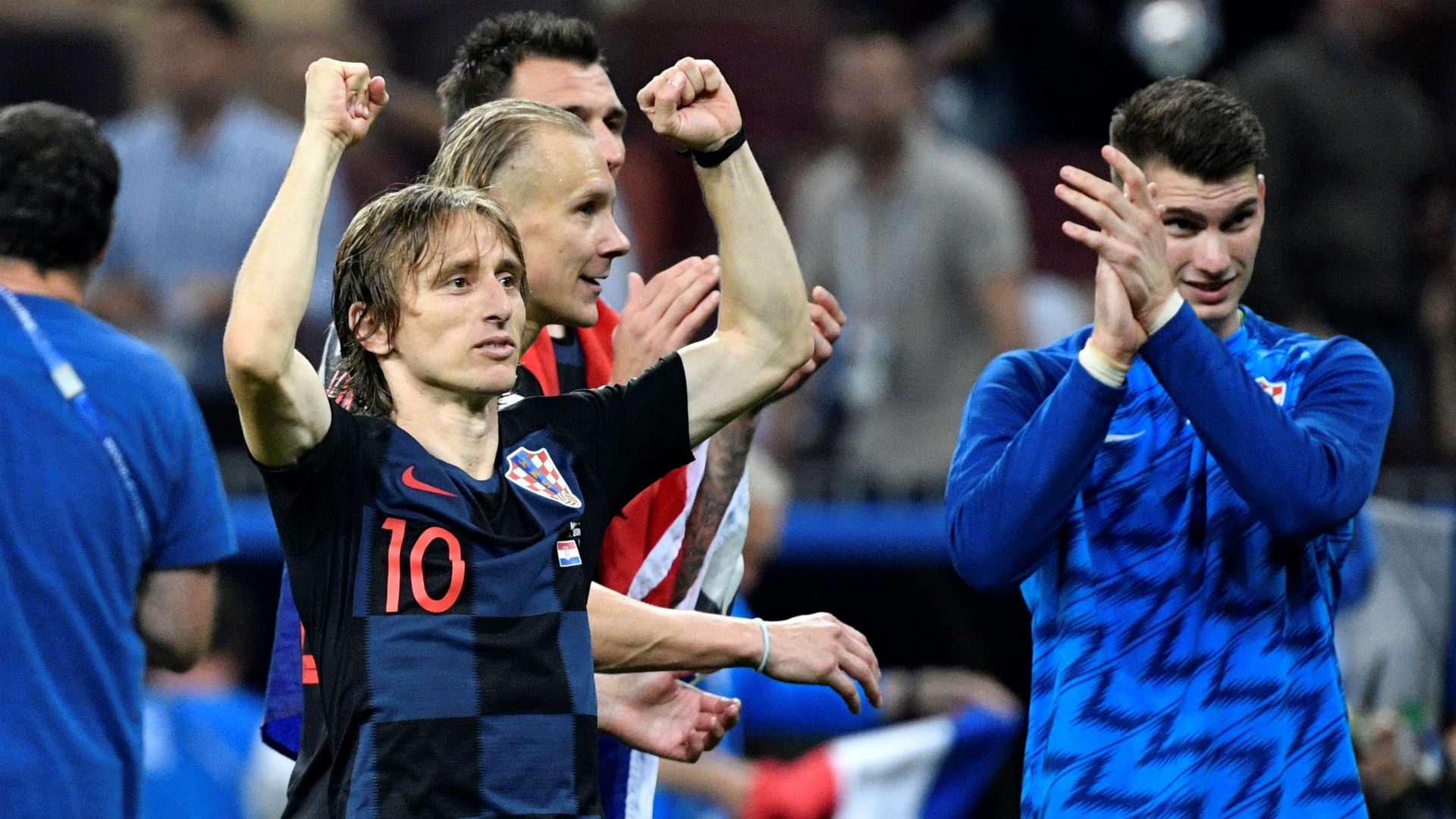 “Croatia”. Statistics show that this was one of the most popular words that people are searching on the internet, all thanks to the football team that is just one step away from joining the club of sports immortals if they will find a way to beat France in the final of the World Cup on Sunday in Moscow.

“Dream”. This has been the most-used word among Croatians during the last few weeks, especially after the semifinal victory against England in extra time. Some use this word to describe the joy they are feeling, some use it to describe their fear that news from Russia are too good to be true. Players know that there is nothing to fear about and they use another word “cause”.

Not target, not goal, but “cause”– something worth fighting for as long as their legs can hold them standing. Goals are something that will lead them to fulfill their mission — winning the World Cup.

It’s easy to say “yes, we can do it”. At least, half of the 32 teams that came to Russia believed that this could be the place where their dreams would come true. French team came to the tournament as one of the favourites after almost lifting the European champions trophy two years ago at home, but Portugal and Cristiano Ronaldo stole it.

Croatia in the final of the World Cup?

Don’t be ridiculous. Yeah, they have a bunch of good players but they never make it when it counts. They barely managed to qualify and that was just nine months ago.

Arguments were strong from those who didn’t believe. Two years ago at the EURO 2016 in France, Croatia managed to beat reigning champion Spain in the group but crashed out at the first hurdle in the knockout stage. Yes, it was Portugal, later crowned as champion, and it was a goal in the 117th minute that crushed hearts of Croatian players and fans because Croatia seemed to be a better team in that match.

Ante Cacic was the national head coach and on his list he had 16 out of 22 players that will fight against the French on Sunday to become world champions.

Two years prior to that, former team captain Niko Kovac who turned to head coach had 13 out of the 22 players in Russia, but didn’t manage to lead the team out of the group phase at the World Cup 2014 in Brazil.

At EURO 2012, the longest serving Croatian manager Slaven Bilic had 11 players that are in the team now and narrowly missed the knockout phase comfortably beating Ireland, drawing with Italy and losing to eventual champions Spain by one goal in the group matches.

The logical question is — what has changed? How did this group of talented players that were always close to glory but never really made it as a team, suddenly became so strong and unbreakable?

It is fair to conclude that all these disappointments with the national team made them stronger and hungrier to prove the critics were wrong.

Of course, there is also a winner’s feeling that Croatian big stars had a chance to experience playing for their clubs: Luka Modric had a crucial role in four UEFA Champion League titles that Real Madrid lifted since he joined them; Ivan Rakitic led Sevilla to UEFA Europe League triumph before joining Barcelona and winning any trophy that the club played for, including UEFA Champions League title; Mario Mandzukic was scoring goals for Bayern Munich and Juventus in the finals of the Champions League; Dejan Lovren came one step away from the glorious “Big Ears” trophy with Liverpool, just before this year’s World Cup, losing only to his Croatian teammates Modric and Kovacic from Real Madrid.

The new Croatian head coach Zlatko Dalic knew all these when he stepped in nine months ago, when Ante Cacic was fired and team spirit was at the very low point. It was his SAT test to beat Ukraine in Kiev and force the World Cup playoff against Greece. He has passed with flying colours putting players in the spotlight and giving them all the credit. He learned from the mistakes his predecessors made and didn’t forget to thank them all for the job they’ve done for him.

Slaven Bilic included Luka Modric and Vedran Corluka in the national team when they were in their early twenties and did the same a few years later with Ivan Rakitic and Ivan Perisic. Niko Kovac was the one who recognized the potential of Ante Rebic.

Yet, all of the teams from the past, after that Golden Generation that took the bronze medal at the World Cup 1998 in France, couldn’t do it. When you scored in 119th minute and thought you had won the match but still ended up losing on penalties, like Croatia did against Turkey in the quarterfinals of EURO 2008, you can call it bad luck. The same can be said for the way Croatia lost to Portugal in the extra time at the EURO 2016. But, it can’t be just luck.

So what is the winning recipe in those moments when you can put all the tactics aside and you have to find the way from the whole, like Croatia did in all three matches during the knockout stage in Russia?

Skipper Luka Modric has the answer. “It is self belief and trust we have in one another. Up until now I’ve never been on the team that had that spirit. This group will never give up,” Modric said after the match that saw Croatia beat mighty England.

Some of that fighting spirit comes from the Croatian supporters, from those who have travelled thousands of kilometers to cheer for their team in Russia, as well as from those who stayed at home and filled public squares and streets of all the major and small cities in Croatia.

Regardless of the outcome of the final match on Sunday, the Croatian team will have a victory parade in Zagreb and receive medals from Croatian president Kolinda Grabar-Kitarovic, who will once again cheer for the team from the stands of Luzhniki Stadium in Moscow.

The team that started the path towards the World Cup without supporters, in front of the empty stands of the Maksimir Stadium in Zagreb, has endured all the obstacles during the last 30 days and left Nigeria, Argentina, Iceland, Denmark, Russia and England behind.

Six down, one to go. Seven victories one could only imagine for the team that became only the 13th in the history and the second smallest in terms of population that managed to get through to the final match of the World Cup. Dream comes true? No. It would be mission complete for the team that carry the fire in their hearts and legs.