World Cup 2018 Final: Win or Lose, Croatia Is Set For A Grand Celebration 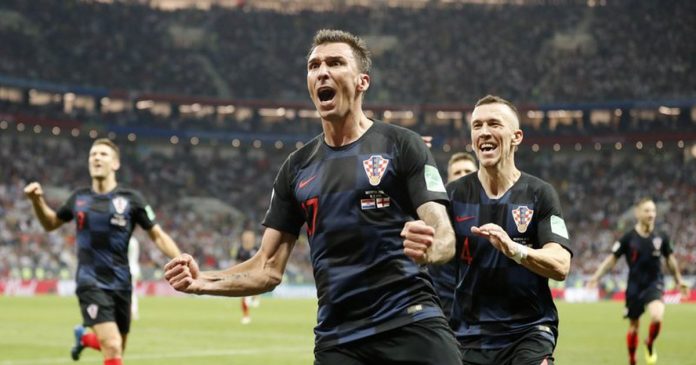 It should be the final stage of the football madness that Croatia has lived throughout the World Cup.

On Sunday, most of the markets in the country will close their doors before 5 p.m. when the final starts. More than half of Croatian population watched the semifinal with England. The final match will, for sure, bring even more people in front of their TV screens.

Croatian Prime Minister Andrej Plenkovic has invited all the supporters to Zagreb on Monday to welcome the national football team home.

“Croatia is yet to win, but their success is already such that we can celebrate,” Plenkovic said to reporters. He also called employers to allow their workers to take part in the celebration.

There is even suggestion to call a day off in the public sector, in case Croatia wins the World Cup. The national railway company is offering a half-price railway tickets to Zagreb on Monday, so everyone can come and join the big party.

On Thursday, the day after the historical semifinal victory over England, ministers attended a government session dressed in red-and-white-square jerseys of the national team.

Croatian president Kolinda Grabar-Kitarovic grabbed media attention with the same outfit, jumping and celebrating goals in the VIP zone at Croatia’s penalty shoot-out victory over Russia. After the game, she even joined the squad in the changing room, singing and posing for photos with the football stars.

In the last two weeks, football changed the everyday life in Croatia. People have been entranced by the national team and their wins. There was a fire at the famous heart-shaped Croatian island Galesnjak when a group of fans decided to show support for the national team by setting some torches on fire for a drone shot. Concerts with eminent classical musicians such as Julian Rachlin or Mischa Maisky were postponed or moved to different locations, only to avoid the time of the Croatian football match and loud fans. Even some churches are delaying Sunday’s masses so people can enjoy the game.

In the country whose economy is lagging behind many other EU states, and where young people tend to emigrate for a better job opportunity, the national sport’s success is offering a great opportunity to forget for a moment the sometimes-harsh reality.

According to local tourist agencies, Croats are very interested in attending the final game in Moscow. Croatian daily Jutarnji list reported that at least seven charter flights with 1,500 fans will be flying from Zagreb to Moscow on Sunday, and the price for a seat on these flights is as high as 13,000 kuna (2,000 U.S. dollars), not to mention the ticket price for the final match. However, it is still worthwhile for those who are lucky enough to get a ticket. After all, you don’t play the World Cup final every day.