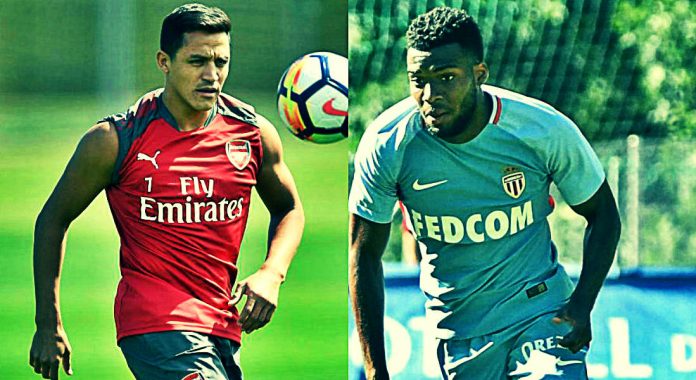 Arsene Wenger accentuated that contract rebel Alexis Sanchez is ready to make his first appearance this season when Arsenal lock horns with Liverpool on Sunday.

Wenger is ready to give the Chilean a start at Anfield despite reports he might part ways with the Gunners to join Manchester City before the end of the month.

Sanchez has entered the final 12 months of his contract with the Gunners but Arsene Wenger continues to insist that the former Barcelona man will not be allowed to leave this summer – and is ready to throw his unsettled star up front in the high-octane clash with Liverpool.

Wenger said: “Sanchez has worked very hard to be back again and is available.”

“He works very hard, very focused, gives absolutely everything he loves so much to play.”

“He has not played for a long time I will have to decide what to do with him but he is ready to play.”

“We have to make that decision. We play on Sunday, overall he looks in good shape he has worked very hard.”

“He has always been focused on his job. He loves to play football he is not too much disturbed by the noise around him.”

“He is one of those players not too bothered by that.”

“He is focused and happy. The fact he goes into the last year of his contract doesn’t mean we have no chance to extend it, at the moment we haven’t managed to do that.”

While Wenger is confident of holding on to Sanchez this transfer window, he revealed that he has no chance of landing Monaco winger Thomas Lemar at the Emirates this summer.

Arsenal were desperate to rope in Lemar in a £40million deal, but the Ligue 1 club have made it clear that they will not sell their player.

“There is lots going on there with Mbappe and Fabinho, they lost already Mendy, Silva, and Bakayoko so Monaco is at a stage where they have closed the door.”