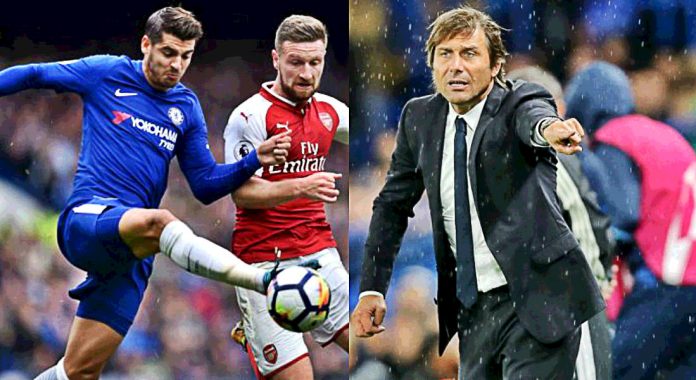 Alvaro Morata drew huge criticism after Chelsea’s 0-0 draw with Arsenal on Sunday, but Blues boss Antonio Conte came out in defence of the Spaniard and accentuated that a striker can still play well even if he does not score.

Morata has made a good start in the Premier League with three goals and three assists to his name but he failed to find the net as Chelsea were held to a frustrating goalless draw with Arsenal at Stamford Bridge on Sunday.

Despite Morata’s impressive start in the Premier League, some pundits and fans have suggested that the Spanish striker needs to be more physical in his game, particularly after Sunday’s frustrating draw with Arsenal.

But Blues boss Conte rubbished all criticism coming in the way of the Spanish striker, insisting that he is more than happy with Morata’s performance against Arsene Wenger’s side.

“I don’t know [if his physicality is a problem],” Conte said at his post-match news conference.”

“In my opinion, Morata played a really good game.”

“I’m very happy with his performance. In my opinion, for me, he played very well today. He had a lot of the ball and tried to send Willian, Pedro, our wing-backs [forward with his passes].”

“He played a really good game. We are focused on whether the No.9 scores or not.”

“If he scored he played a good game, if he doesn’t he didn’t have a good game. But I was happy with his performance. We see different things.”