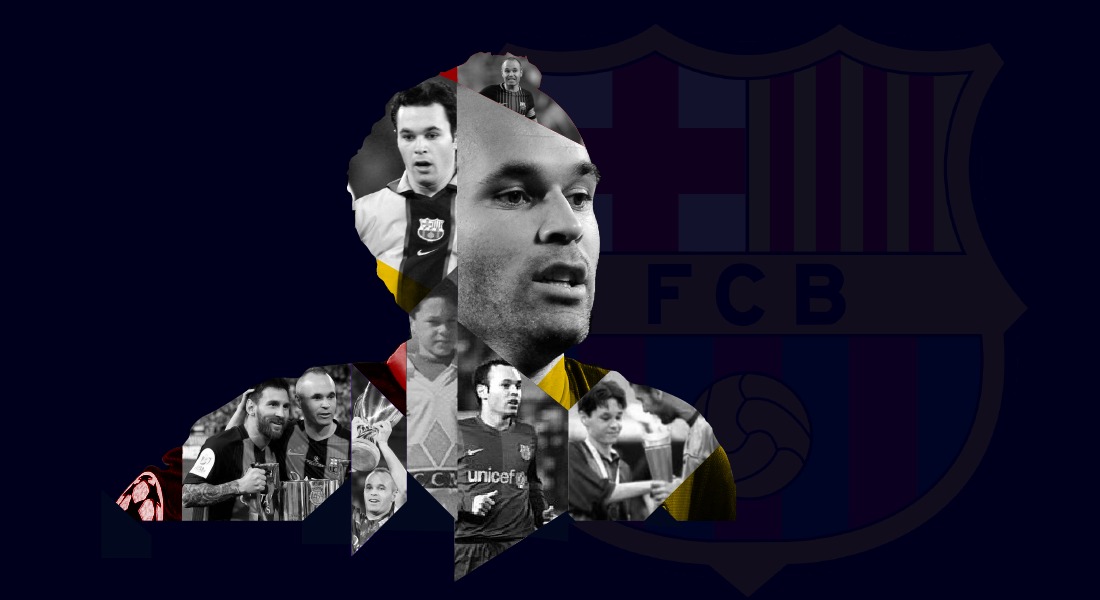 Iniesta To Leave Barcelona At End Of Season

Barcelona legend Andres Iniesta officially confirmed that he will part ways with the Catalan club at the end of the season amid rumours of his potential move to China.

According to reports, the Spaniard is set to complete a move to China in the summer amid specualtions that a big part of his contract includes export of around two million wine bottles from his vineyards to China.

But while announcing his Barcelona departure today, Iniesta ended up in tears after realising that this is the final season at his boyhood club.

Iniesta said: “This is my last season here. I have thought my decision through for a long time.

“For me, Barca is the best club in the world – this club has given me everything.

“It’s a very difficult day for me, to be here saying goodbye when I’ve spent my whole life here at Barcelona.

“A great deal of who I am, is down to Barca and La Masia – I am very thankful to them.

“To all Cules, who have seen me grown as a player, and accompanied me in the good and bad times, thank you.

Iniesta, who clinched 32 trophies during his 22-year stint at the Catalan club accentuated that out of the 669 games for Barcelona, his favourite is still the day he made his debut for the Catalans.

Iniesta added: “If I had to choose just one [favourite] moment? There’s been so many great ones – trophies and successes…

“But the most significant moment for me was making my Barca debut.”

During his illustrious spell at the club, which includes his stint in the youth team – Iniesta has won eight La Liga titles, as well as four Champions League crowns.

The Barca legend, who has 124 international appearances to his name for Spain is expected to play in the 2018 World Cup in Russia ahead of his proposed move to an unnamed Chinese Super League Team.

Iniesta did not reveal his next move but he made it clear that he would never play again Europe.

The Spaniard said: “There are still things to be sorted. I have said I will never play against Barca, so I won’t play in Europe.”

Iniesta has made 669 appearances in all competitions for the club since making his debut aged 18 in a Champions League game at Club Bruges in October, 2002 when Louis van Gaal was Barcelona coach.

Senior debut: October 29, 2002 vs Club Bruges in the Champions League

A great deal of who I am, is down to Barca and La Masia – I am very thankful to them

Midfielder was in tears as he spoke in front of his wife, children and team-mates

I spoke to a lot of people – players, coaches – and I know what they want, but I tried to be honest with myself and the club.