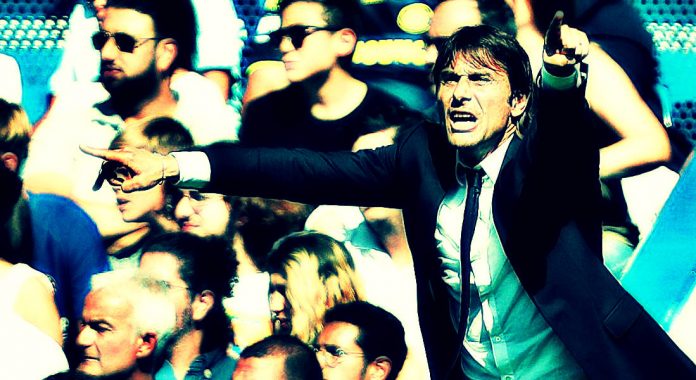 Antonio Conte accentuated that he will stay at Chelsea, even if the Blues fail to land their transfer targets before the transfer window shuts shop at the end of this month.

Blues boss Conte fears that his side will succumb to pressure as early as next month if the club fail to sign at least two more players before the transfer window closes on Thursday.

And Conte said: “I’m totally committed to the club.”

“Totally committed to improve my players and my team. I’m a coach, not a manager.”

“For sure, when you want to strengthen your squad, you have to give your opinion. Then the club goes into the transfer market to try and sort the situation.”

“Sometimes it is possible. Sometimes it’s not possible. But I must be focused with things on the pitch and continue to work with my players.”

“The club is working very hard to try to improve our squad.”

But the former Juventus boss warned: “Don’t forget in September we have to play seven games.”

“I need to rotate my players because it’s very difficult to play seven games in a month with some players.”

“I think the club is working very hard to strengthen the squad. They know very well our situation.”

Conte is desperately chasing Leicester midfielder Danny Drinkwater, Arsenal’s Alex Oxlade-Chamberlain and Ross Barkley, who did not feature in Everton’s 2-0 loss against the Blues on Sunday, due to a hamstring injury.

Fabregas opened the scoring for the Blues and new man Morata doubled their lead after the break as they thrashed Everton 2-0 – keeping Chelsea’s title defence hopes alive after a disappointing start with a loss against Burnley in their league opener.

Conte added: “We dominated the game, we ­created many chances to score.”

“If I have to see a little negative aspect, in the second half we could have been more clinical and scored the third goal to close the game definitely.”

“At 2-0, from set-plays and corners you might concede a goal and you might have finished the game with a bit of fear, which you don’t need.”

Conte also heaped praise on Morata for his impressive display against the Toffees.

The Italian said: “He scored a really good goal and I’m pleased for him.”

“When you arrive at a new club and you are a striker, to score is very important. “

“It’s not easy for a striker — and the midfielders — to arrive and adapt very quickly to our philosophy.”

“Above all the strikers, who I need to stay in ­position as a point of ­reference. To adapt to our style is not easy and you need time.”

“But I’m pleased for him, Rudiger and Bakayoko —  new signings, young players. We are trying to build and improve this base.”