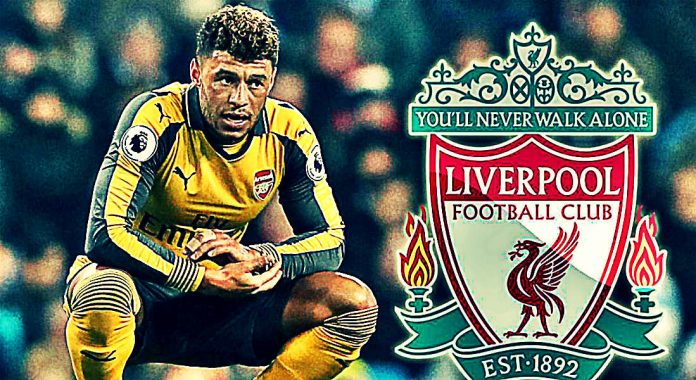 Liverpool have been given the green light to sign Alex Oxlade-Chamberlain.

Arsenal are prepared to sell to Liverpool despite the long-running history of bad blood between the clubs.

Earlier, it was believed that the North London club would not do business with Liverpool because of the fallout over their Luis Suarez bid.

Arsenal star Alex Oxlade-Chamberlain has snubbed a £40m move to Chelsea – as he is keen to join Liverpool instead.

The England international is not willing to play as wing-back under Conte at Chelsea and now he has turned down an opportunity to join the Blues in bid to play in a central midfield role under Jurgen Klopp at Liverpool.

FootTheBall sources reveal that the Reds bosses have held talks with his representatives and are planning a late bid to sign the midfielder.

The former Southampton man has rejected the new contract extension on the table and made it clear that he wants to move away before the transfer window closes on Thursday.

Gunners boss Arsene Wenger has offered a final new-deal to the England star worth £180,000 a week, but Oxlade-Chamberlain rejected the offer as he is keen to leave the club.

The 23-year-old player had informed Wenger that he wants to leave as he wants to develop his career – particularly keeping England in mind.

Earlier it was understood that a move to join Conte’s Chelsea was up on the cards as the Blues had already agreed a transfer fee (£35m upfront plus £5m in add-ons) with Arsenal over a move for the England midfielder.

But latest reports suggest that Oxlade-Chamberlain has snubbed the opportunity to move to West London.

According to BBC, Conte wanted to play the 24-year-old as a wing-back.

But the former Southampton star wants to quit Arsenal in search of more game-time in his preferred central midfield role – which he could get at Anfield under Klopp.

And so Oxlade-Chamberlain now wants to link up with Jurgen Klopp at Liverpool instead.

Liverpool are planning to make a late bid before the transfer window shuts shop at 11pm on Thursday.

But it’s likely to be less than the £40m fee Chelsea had agreed with Arsenal.

According to BBC, the Gunners hierarchy now wants to complete the deal as soon as possible as they face the risk of losing him for fee when his contract expires next summer.