Neymar, Dani Alves And Thiago Silva Sing ‘Want To Be My Girlfriend?’ While Partying On A Superyacht 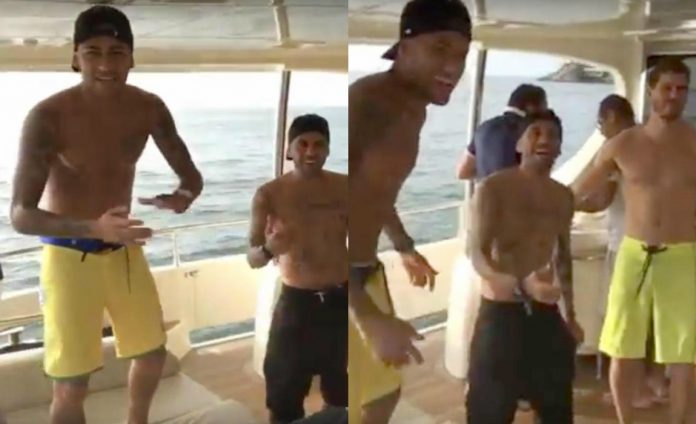 Brazilian trio Neymar, Dani Alves and Thiago Silva took time out enjoying on a yacht before going on training ground after arriving at their home country ahead of their World Cup Qualifier.

Neymar was seen super excited and happy while singing on “Want to be my girlfriend?” and dancing on the furniture.

ALSO READ:Coutinho Revels In Return To Brazil Duty With Neymar And Co. Despite Being Unfit For Liverpool

His performance after the world record transfer to PSG has been brilliant with three goals in his opening three matches.

Neymar’s Brazilian pals Dani Alves and Thiago Silva were in high spirits as they belt out a Brazilian anthem.

The super rich stars were headed to the ocean where they enjoyed some karaoke. 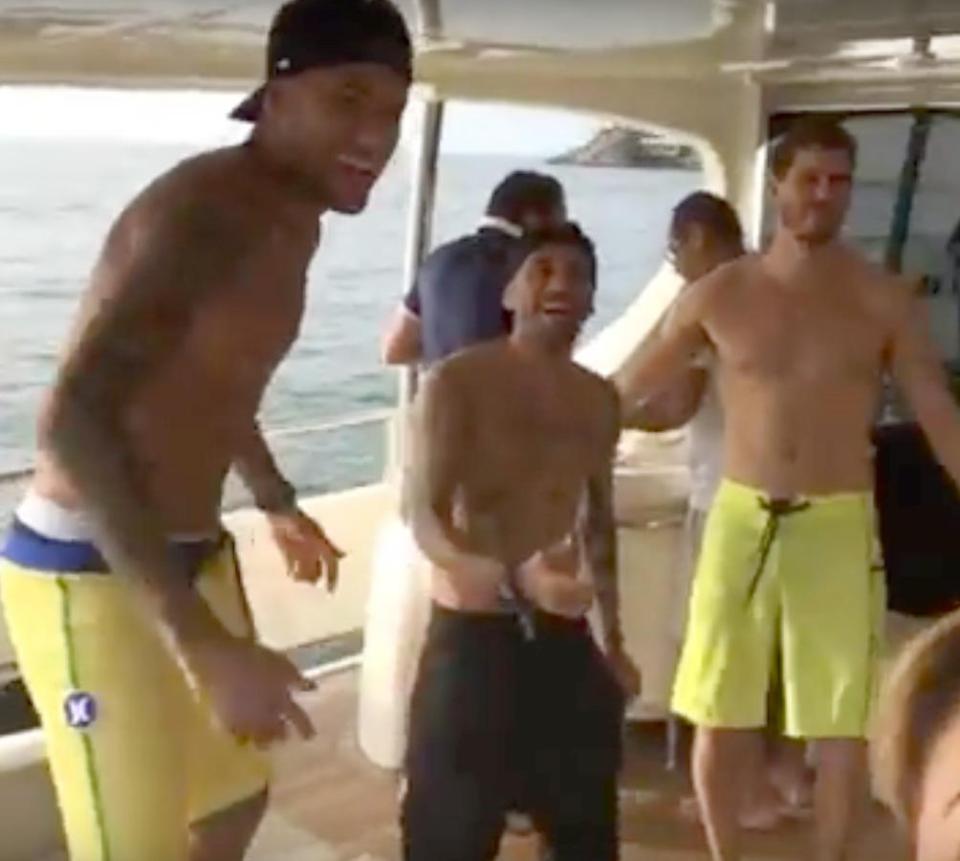 Losing Neymar to PSG have torn Barca apart – as they wanted to build their future around the Brazilian star. But the French giants dealt a huge blow to the Catalan giants by meeting his stratospheric buy-out-clause.

Now, PSG has completed a loan deal with Monaco teen star Kylian Mbappe. He has passed his medical before the transfer deadline day to make it a permanent deal next summer.

The Brazilian trio were later seen kicking football around and having fun at brazil changing room.