Diego Costa posted a video of himself partying in Lagarto

The Spain international told viewers to “give Conte a hug”

And while commenting on his own Instagram live post, Costa told his fans – to “give Conte a hug”. 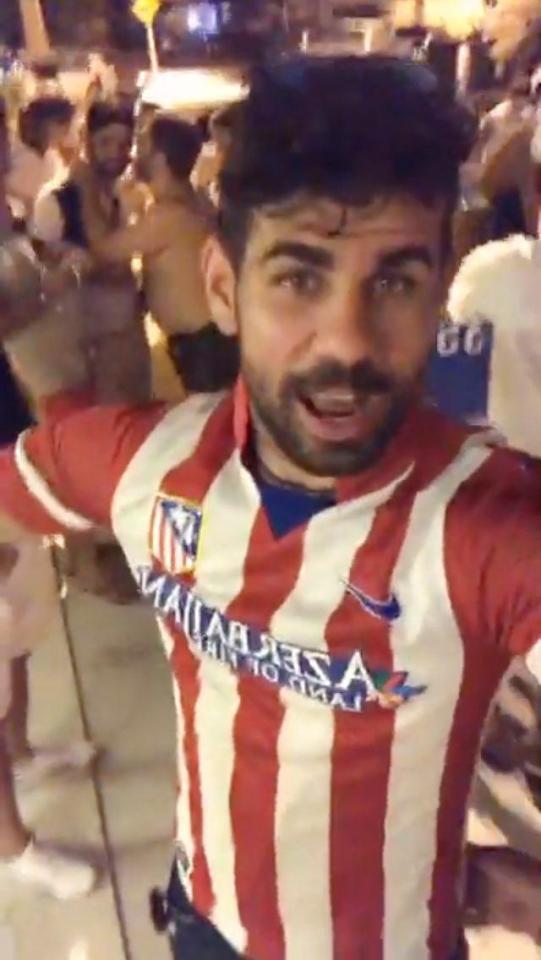 Costa was clearly enjoying himself in the video

ALSO READ: Antonio Conte Will Not Allow Diego Costa To Stay At Chelsea Despite The Striker’s Attempt To Make Peace

Antonio Conte desperately wants a new striker and is keen on agreeing a deal for Morata or Aubameyang as Diego Costa has been given the opportunity to find a new club – with Atletico Madrid in pole position to secure the signatures of the Spanish hit-man.

And the Spanish club had capitalised upon this opportunity and have offered only £22m plus add-ons which is less than a THIRD of the £76m transfer fee that the Chinese Super League club Tianjian Quanjian had offered.

Diego Simeone is optimistic about landing Costa this summer.

There has been reports that claim that  Costa could join Besiktas on loan until the start of 2018 – and then move back to Atletico Madrid when the transfer embargo is lifted in January.