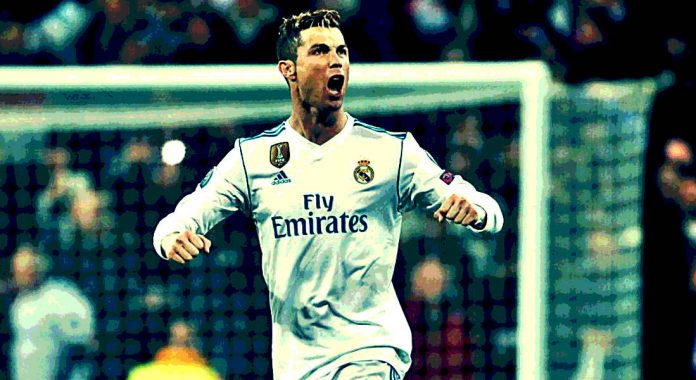 Real Madrid are preparing to offer a new contract to Cristiano Ronaldo according to reports in the Spanish media on Tuesday.

The online publication ‘OKdiario’ which has close links to the club, reports Real Madrid are preparing to offer the 33-year-old a contract worth 35 million euros a season; the same that Leo Messi is currently being paid at Barcelona.

It is only 16 months since Ronaldo penned a contract extension with Real Madrid, agreeing a contract until June 2021 with the club in November 2016.

During the first half of the current season, it looked unlikely the club would offer Ronaldo a new deal as he struggled for form, scoring only two goals in the Liga Santander. However, he has returned to his best form since the turnaround and has now netted 18 league goals, including four his side’s last two games, against Getafe and Eibar.

Ronaldo was also decisive as Real Madrid recently defeated Paris Saint Germain to qualify for the quarter-finals of the Champions League.

Okdiario indicated that contacts over a new deal have been ongoing between the player and his representatives in recent months with Ronaldo’s agent Jorge Mendes in contact with either Madrid’s Director General, Jose Angel Sanchez or club President, Florentino Perez on a regular basis.

The paper adds that the European triumph over PSG has “raised hopes that Madrid can win their third consecutive Champions League,” and as a result the club has decided to “do everything to maintain its star player.”