Dybala On The Move? Super-Agent Raiola Says His Client Would Do Well At Man Utd, Man City, Chelsea Or Real Madrid 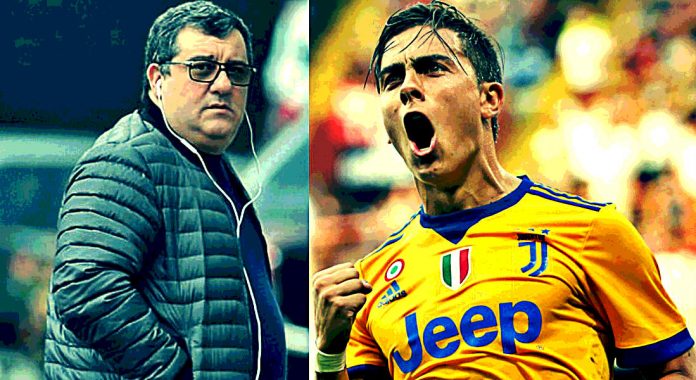 Dybala had been linked with a move to Barcelona following Neymar’s departure.

But the Italian-Dutchman believes that a move to the Nou Camp would not be fit for the Argentine forward – with the La Liga giants alredy landing Dembele from Dortmund in order to replace Neymar.

Sorrentino said: “I am fortunate enough to know him very well and I am therefore not remotely surprised by how well he’s doing.”

“I was able to play with Dybala for two-and-a-half years, so imagine the number of times I had to fly to my right and left in training.”

“He can still improve a great deal and will become the best. He has everything it takes to win the Ballon d’Or — I just hope that, when it happens, he invites me to the party.”