KEEP HIM OR SELL HIM? HOW DOES BORUSSIA DORTMUND'S FIRM STANCE ON ERLING HAALAND HELP THE CLUB GOING FORWARD

Nearly twenty days remain in the transfer window. The window is in full swing as deals that wouldn’t have happened in the past are happening in a jiffy now. But one Borussia Dortmund can be relaxed as they made their views clear on Erling Haaland. The Norwegian superstar Haaland is not for sale in this window according to Dortmund. Though nothing’s a given in this modern world, Dortmund can expect this window to close smoothly without further jolts.

Dortmund have already lost Jadon Sancho in a blockbuster £73 million deal to Manchester United. They wouldn’t risk selling Haaland to rivals as they might again go back to mediocrity instead of challenging for top honours. The team must now focus on building a team capable of changing Bayern Munich in the league. Their intent was evident by the way they handled Sancho’s departure. Dutch forward Donyell Malen was signed quickly to replace Sancho.

Dortmund have stumbled in the league last season. Erling Haaland was their lone hope as the Norwegian’s goals kept them in the top-4 hunt. Jadon Sancho discovered his spark in time as they had a strong finish to the season. They lifted the DFB Pokal by beating RB Leipzig as well as finishing just a point behind them in the third position. A new coach in Marco Rose is expected to propel them forward with Haaland as the focal point of the team. But what does Haaland staying mean for Dortmund? Can the Rhine side make the most of Haaland and go for glory?

Perhaps the word meteoric rise was invented for Erling Braut Haaland. The poster boy for Norway’s golden generation has risen to the top rapidly and by the looks of it, he’s not done yet. Hailing from a footballing family, the Leeds born striker made his debut for Bryne in the Norwegian league. A move to Molde was followed. This move helped him catch the eyes of the famous RB sporting group scouts. Haaland was instantly pried away by RB Salzburg.

The Austrian Bundesliga saw the might of Haaland before the entire world did. A tall and pacy striker blessed with immense physicality, Haaland is a monster in the penalty box with his finishing. He harasses defenders with his pressing and it’s better to not ruffle his feathers as the goal-scoring machine might go into overkill. Haaland’s exploits with Salzburg in the Champions League fast-tracked his career with a move to Dortmund. 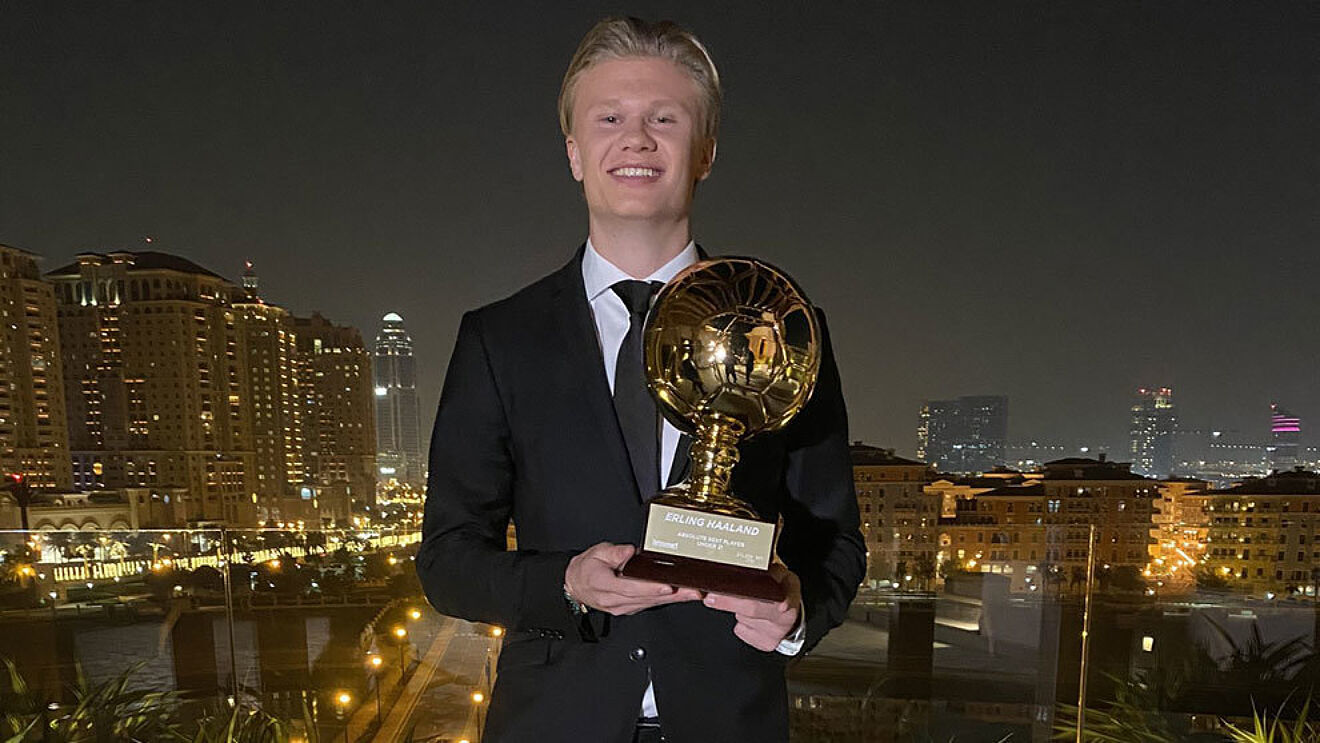 Haaland arrived in Germany in the winter transfer window of 2020. He announced his arrival with a grand hattrick off the bench to help Dortmund turn around a 3-1 deficit to a 5-3 victory. The prolific goalscorer was awarded the Golden Boy award as well for the year 2020. Haaland went one better in the previous season as he hit 41 goals in all competitions at just 20 years of age. According to understat, Haaland has an average of 3.43 goals per game and overperformed his xG 3.40 times in the previous season. These numbers show an elite striker who might go onto dominate the world in the long run.

HE’LL STAY, BUT AT WHAT COST?

Such incredible numbers, the elegance and the flair made Haaland an instant fan favourite. All top clubs in the world in need of a striker have made Haaland a top priority. Real Madrid, FC Barcelona, Manchester United, Manchester City and Chelsea have enquired about him. His agent Mino Raiola had a whirlwind tour of Europe to offer his client to various elite clubs. Chelsea have come the closest only to be prized out of a move as they turned to Romelu Lukaku. Bayern Munich recently dropped a hint that they might go for Haaland in the near future. What a move that would be, another top player from Dortmund going to Bayern.

👀 How would you describe Erling Haaland to someone who hasn't seen him play?#UCL pic.twitter.com/GSyqMDNbPb

Chelsea have reportedly offered a figure north of £100 million to lure Haaland to London. Dortmund sporting director Micheal Zorc never had an intention of selling Haaland. Zorc said, “ We plan for the long term with Erling. I have never seen someone like him. We can search Europe-wide for a striker like Haaland. We’ll try to keep him as long as possible for sporting reasons.”

Lukaku great signing for Chelsea of course.
But just to make it clear: Haaland was 1st choice. Talks between clubs.
Understand that they “agreed”: “Package too expensive”

Lukaku- package expensive too.
So this is more: Dortmund and Chelsea couldn’t agree https://t.co/rEGPGHLECe

Zorc stood firm on his word and Dortmund won’t be selling Haaland this summer. Though this would be an outright win for Dortmund on sporting grounds, they would be hurt financially if they sell him next summer instead of this. It is rumoured that there exists a release clause exists in Haaland’s Dortmund contract. The clause is said to be somewhere around the €75-€100 million mark. Trusted sources like ESPN claim that no such clause exists. But if it does exist, Dortmund would receive only half of what they are likely to receive today for Haaland. They’re taking a risk financially by keeping hold of Haaland for success on the pitch.

Dortmund’s massive gamble means they have to make the most of Haaland this season. Assuming the clause exists, any club with suitable resources can trigger it and talk to Haaland for his services next summer. So this season might be the make or break season for the Yellow Wall faithful when it comes to Haaland.

Jadon Sancho, Haaland’s biggest partner in crime on and off the pitch left Dortmund this summer. This filled the club’s coffers and let them take the risk with Haaland. Malen, a versatile forward capable of playing anywhere across the front line is signed as Sacnho’s replacement. The club also has talented youngsters in Giovanni Reyna and Jude Bellingham. Trusting Dortmund’s youth strategy those stars can have a blast this season. In Youssoufa Moukoko they have an incredible X-factor that might turn games in their favour. Other senior pros like Marco Reus, Thorgan Hazard, Axel Witsel, Emre Can, Thomas Meunier and Mats Hummels make up the core of the squad that competes for the Bundesliga

Amazing to play infront of you again🖤💛 pic.twitter.com/K0lxzUjG8b

Marco Rose impressed everyone with his free-flowing football at Monchengladbach. He was hired as the permanent manager to deliver success at Signal Iduna Park. If he can get the player combinations and tactic right, his squad can challenge or potentially displace the defending champions Bayern Munich.

Dortmund won’t be going into the season as favourites. But they do have Erling Haaland as a product of their firm will. Dortmund would hope that Haaland with the help of teammates shoots his way to glory and brings the league title back to Rhineland.